UK Republican activists defied a ban on protesting outside Buckingham Palace yesterday by holding a 'flash mob' demonstration to highlight the monarchy's continued exemption from freedom of information rules. 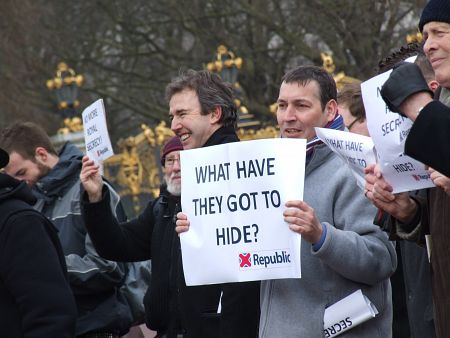 The protestors, who were surrounded by national and world media, held placards saying 'What have they got to hide?' and 'End the royal secrecy'.

The Campaign Manager for Republic, the group that organised the protest, said that the official secrecy about the British royal family was unacceptable in a modern democracy. He called on Nick Clegg – the Deputy Prime Minister and Minister for Constitutional and Political Reform – to use his his new Protection of Freedoms bill, which is currently in front of the British Parliament, to open up the monarchy to public scrutiny. 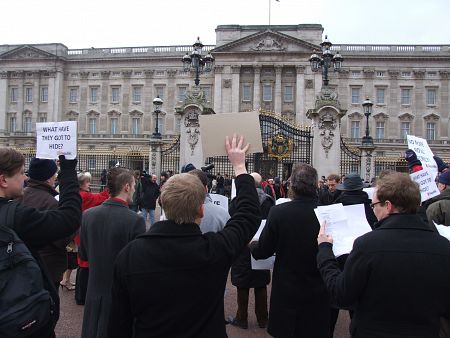 "The message of the protest was very clear: the level of secrecy surrounding the royals is indefensible in a modern democracy," said Mr Smith.

"Nick Clegg is currently expanding freedom of information rules - there is no good reason why he shouldn't include the monarchy in those changes." 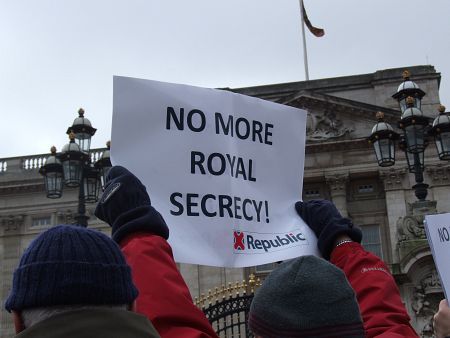 Police officers chose to let the protest go ahead, despite rules which outlaw demonstrations outside the palace.

"This is the first time we have been able to hold a protest right outside the palace without being moved on by police," said Mr Smith.

"That's a very significant step for our campaign and we plan to hold many more demonstrations in the future," he said.

"The police obviously feel that our right to protest is more important than the royals' demand to be shielded from criticism." 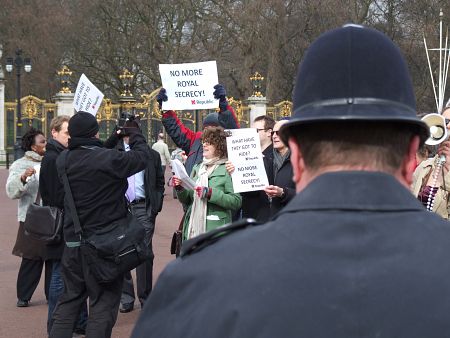