Hereditary heads of state are long out of date


The system of providing hereditary heads of state is out of date and insulting to Australia. Barry Everingham comments.

Whether we in Australia like it or not, when the Queen dies her eldest son will automatically wear the crown of England and, by definition, the crown of Australia.

An ancient ceremony with absolutely no mention of or real relevance to Australia will be performed in far off London.

King Charles and Queen Camilla will reign supreme over this wide brown land.

Because of the longevity in the genes of Queen Elizabeth, it’s not beyond the realms of possibility that Charles may pre-decease his mother.

In that unlikely event, his son, William of Wales will succeed his grandmother – the list goes on and is long.

This has become a farce.

To be king or queen of Australia there are a few conditions, all of which contravene sections of our Constitution.

Contenders must be descendants of the Electress Sophia of Hanover, who incidentally died in 1714 – 74 years before Britain colonized Australia!

They must be Protestant.

They must not be illegitimate.

Sophia has thousands of descendents – not one of them with any connection whatsoever to Australia – and those who meet the conditions could, in the event of some royal Holocaust, be our head of state. 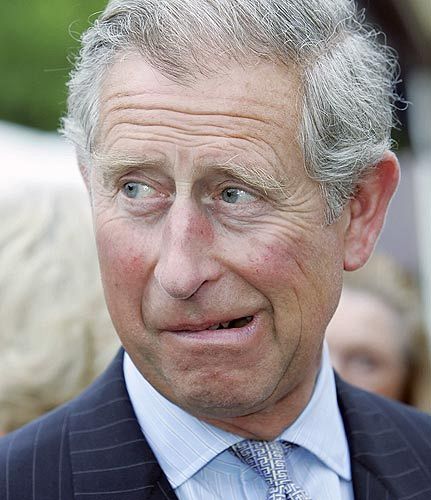 Going back to Charles, who can – barring any unforeseen tragedy – expect to be our next king.

This is the man who told his then mistress, now his wife, that he loved her so much all he wanted was to be a tampon inside her!

Any Australian elected official who made such a claim would find it necessary to resign; Troy Buswell of Perth who sniffed the seats his female staff had been sitting on was demoted.

Now if this how Charles gets his kicks, good luck to him, but there are plenty of Australians – lets start with Governor General, the States Governors and the heads of our armed services – who would make excellent heads of our country.

There are scientists, inventors, business moguls, educationists and even – God help us – a few politicians who would fit the bill.

All those people have something the British royals and Sophia’s descendants lack – they are Australians.

It might be OK in the 21st Century for a country like North Korea to create a dynastic succession – in fact, what’s happening there right now is a mirror of the creation, many centuries ago, of the worlds remaining monarchies.

Surely the time has come now for Australian to vote for the establishment of the Republic of Australia and truly take a serious place in the world as Australians with an Australian head of stare and an unambiguous Australian flag.