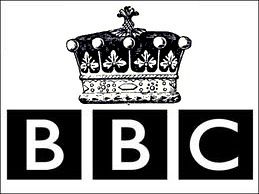 In UK newspapers over the weekend, the BBC was once again accused of peddling pro-royalist “propaganda" for the monarchy.

From the London Telegraph:


The BBC has been accused of peddling "propaganda" for the monarchy after the leak of emails from a documentary-maker which said no-one with a "bad word" to say about the Queen would be interviewed.

A producer for a BBC1 documentary called The Queen’s Diamond Jubilee Song told a journalist in Australia that the country's prime minister, Julia Gillard, would not be suitable for interview because “she is pro-republican” and would not fit the film’s “positive angle”.

The producer added: “We are not interested in hearing a personal bad word against the Queen.”

The exchanges were contained in two emails leaked to the anti-monarchy group Republic, which accused the BBC of “censorship”.

The first of the emails was sent on Feb 16, in which the sender explained that the BBC was making a documentary about the singer Gary Barlow’s visits to Commonwealth countries to write and record a song for the Diamond Jubilee celebrations, commissioned by the Queen.

As well as filming Barlow’s meetings with musicians, the producer explained, “we are also hoping to speak with people…who have a respect for the Queen.

“For example, it has been suggested that he should meet with the President but after reading that she is pro-republican this might not be the best thought with the positive angle we are hoping to achieve.”

The recipient, called David, appears to have been a little irritated by the sender’s belief that Australia has a president, as the following day the producer wrote: “Please forgive me! I am fully aware that you have a Prime Minister.”

Well, as you might have guessed, the David referred to in this story from the weekend is me. Yes, I leaked the emails to UK Republic CEO Graham Smith that caused this stir in London newspapers and the (entirely justified) allegations by them of pro-royal bias at the BBC.

It all began the other day when I received a phone call from a young lady called Emma who, in a pleasant English accent, said she was from a company called “Fulwell 73”. I was actually outside on the street at the time and was having difficulty hearing her, but I finally gleaned that the company was producing a television show for the BBC on the Queen’s jubilee. Emma said she was looking for “Australian royalists” to comment for the program.

Now, as one of Australia’s most vocal republicans, I thought it was passing odd that the BBC would look to me for “royalist” comment, but nevertheless I do know and have a good relationship with quite a few monarchists — namely the ones that contact me on a daily basis to complain about the latest shenanigans of that "unique" royalist David Flint, the chair of monarchist group ACM. I asked Emma to send me her request in writing and I would see what I could do.

This was the email I received [note: email addresses have been removed]:

Hope I did not catch you at too bad a time....here is a little information about the documentary we are making:

Gary Barlow, one of Britain's most famous song writers has been commissioned by the Queen to write a song for her jubilee celebrations. In order to write and record this song, Gary will be visiting some of the Commonwealth countries, Jamaica, Kenya, The Solomon Islands and Australia. In each of these countries he will be meeting both well known and local musicians to help record this piece of music. As it stands we have a number of key people on board as well as Gary himself. Prince Charles and Prince Harry will both be meeting with Gary to discuss the song, and we have Bryan Adams, who will be recording the base.  We are also hopeful that Gurrumul, who has played for the Queen will record a part of the song too. Other than that we will then be recording with local talent.

Aside from this we are also hoping to speak with people, they might be known or not known, who have a respect for the Queen - whether it may be that they have met with her, seen her from a far, admire her, would like to meet her...anything where they might be able to tell us a story. I wondered, seeing as your journal is from a political perspective whether you could recommend people for Gary to speak with in Sydney.

For example, it has been suggested that he should meet with the President but after reading that she is pro republican this might not be the best thought with the positive angle we are hoping to achieve.

I have attached for your perusal a little more information on the documentary and please do let me know if you have any questions. I would be ever so grateful for any suggestions you might have. 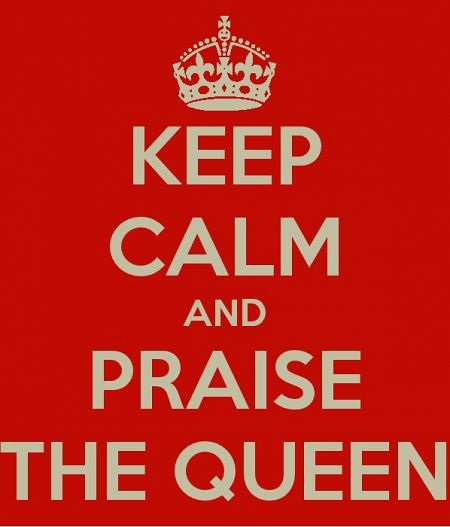 Well, I was gob-smacked by this. President? Positive angle?

Here’s how I replied:

Just a couple of points:


Given you are clearly not going to be presenting a balanced view on this issue, I am afraid we are not interested in any involvement.

Poor Emma, she seemed very nice, just trying to do her job, but with each subsequent email she sent, the hole she was digging just got bigger. This was her next message:

Please forgive me! I am fully aware that you have a Prime minister, I think it may have been due to the fact that I was up working throughout the night meant that my attention was not fully there so forgive me.

In terms of providing a balanced view, we are very happy to expose the fact that Australia would like to be republic, it is only that we are not interested in hearing a personal bad word against the Queen. Of course she herself and everyone around the issue is aware of the fact that not everyone want their Queen as head of State, and this is not a documentary about politics, it is more to celebrate her reign.

If you do know any royalists who you have written about, or even someone who is for a republic (but is willing to talk about the Queen herself positively) then we would be very interested in either.

The BBC thought Gillard was likely to bad mouth the Queen! Really?

“…it has been suggested that he should meet with the President but after reading that she is pro republican this might not be the best thought with the positive angle we are hoping to achieve”.

Now you say you are

“not interested in hearing a personal bad word against the Queen”.

Do you think the head of our Government, Prime Minister Julia Gillard, would be so uncouth, tactless and undiplomatic as to “say a bad word” about her boss, the Australian Head of State.

If she did, she would almost certainly be hounded out of office.

What you have said could easily be construed as an insult to all Australians, since we would need to be a backward bunch indeed to have a senior politician who would be so provocative on such an occasion.

It also shows you have done little research Gillard’s public statement’s about the Queen, which have been always deeply respectful and positive.

Note her recent address to Parliament on the anniversary of The Queen accession:

An Australian Republic is about Australian sovereignty and independence – no-one has anything “bad” to say about the Queen since she has been entirely uncontroversial.

When I forwarded my emails to Graham Smith from the UK Republic group, he picked me up on the last point; some people do, in fact, have some bad things to say about The Queen, he said. He may have a point there. But not really here in Australia, as I said in my story in ABC’s The Drum last year. The truth is, no-one really knows The Queen in Australia, so how can we truly have any opinion about her? Rather, she is a somewhat banal and unthreatening media creation, who has said and done next to nothing of any notable public interest in her 60 year reign. She is entirely uncontroversial. Her greatest skill is holding her tongue and not making a false move — unlike most of the rest of her family.

I feel a little sorry for Emma. She had clearly been given her directions by her production company — and they theirs from the BBC. The documentary was required to be absolutely complimentary to the Queen and the current system of Government — even an Australian prime minister with republican leanings was deemed to be too great a risk.

The truth is that there is no question whatsoever that the BBC acts as a de facto PR agency for the Queen. This was shown in last year’s royal wedding, when they threatened to pull the plug on the ABC’s coverage of the royal wedding if it allowed ABC comedy team The Chaser to satirise the event.

And only a few days before the above story, the BBC was again in the news after the screening of a fawning Andrew Marr documentary called ‘The Diamond Queen’, which contained just one lone republican voice – ARM vice chair John Warhurst, for 25 seconds in a three hour sea of pro-royal propaganda – with not a single dissenter from the UK being shown.

It is quite clear that the BBC is not interested in impartiality, as its charter requires, but is just an arm of Government working to maintain the status quo. British people should wake up to the fact that they are being sold a line. And that is not democracy.