Adam Henry says Gillard's speech to US Congress "...was that of a vassal state paying tribute to Rome".Is Australlia too subservient to the United States?

The resilience of the Australian-US alliance is spoken of with the greatest of reverence by various Australian elites. The latest manifestation of this near sacrosanct religion was on display when Julia Gillard addressed the Congress on her first visit to the US. If it was thought that the cringing ‘All the way with LBJ’ declaration of allegiance by Harold Holt could never be surpassed, Gillard’s ‘I still believe Americans can do anything’ (complete with quivering lips and watery eyes) has proven Holt to be almost statesmanlike.

If Holt’s statement was a declaration of military allegiance for Australian participation in South Vietnam, then Gillard’s speech was that of a vassal state paying tribute to Rome lest terrible things might happen.

The fact that LBJ privately compared Australian participation in South Vietnam to that of frills on a shirt or that Australian military participation in Iraq and Afghanistan (compared to US and UK efforts) is minimal at best, it seems unimportant to the pro-US lobby of the Australian and political defence establishment. Enmeshment with their US counterparts (in terms of equipment, intelligence and technical capability) remains the key to Australian security within our now supposedly ‘independent’ defence policies.

The so-called self-reliance or independence spoken of in all seriousness by the pro-US Lobby (otherwise known as pretty much the entire Department of Defence and hierarchy of the Australian Defence Forces (ADF)) still hedges on the unknown quantity inherent within the US alliance, i.e. what exactly would the Americans do if we were attacked.

The archival history of the Australia-US diplomatic, military and intelligence relationship reveals that it has never been one of equals, not even one of partnership, ever. Any honest examination of Australian defence policy reveals that – despite numerous opportunities to have sought truly independent (and adequate) military capabilities to defend ourselves and adopt our own foreign policies – has, since Federation, always been secondary to seeking partnerships with ‘great and powerful friends’.

The shift to a more ‘self-reliant’ posture from the later 1950s early 1960s (and then again in the 1980s) was just that; a shift towards ‘more’ self-reliance and never true ‘independence’. This was mainly forced due to the recognition that the Americans might actually expect that Australia carry the main burden of defending itself!

It has been long accepted that only the lower islands of the Indonesian archipelago (above our northern approaches) pose any direct threat to Australia. The forces necessary to build any invasion force would be significant and require time. Surely even the Australian intelligence services and the ADF might notice that this was occurring. That is, the circumstances for any invasion (or major attack) on Australia are almost impossible to imagine under the present regional circumstances. If this was not the case, it is difficult to imagine that the ADF would be rushing to send our military assets (the term defence boffins use to describe military hardware and our soldiers) to places such as Iraq and Afghanistan.

To describe the Australia-US relationship as an alliance is something of a corruption of the definition of the word. To secure closer American cooperation (and potential guarantees of support) the attitude of the Australians has been very much of a client state. From the 1950s this involved providing Australian territory to both the Americans and the British for military and intelligence purposes. 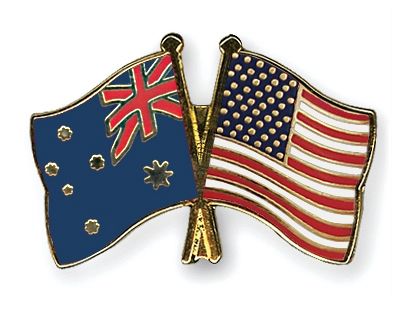 The construction and operation of US installations remained totally under US control and authority until quite recently. The Australian intelligence community (both counter-intelligence and military) also had the deepest connections with the British and the Americans. This goes back in the founding of ASIO and ASIS and the administrative relationship between the Australian Defence Signals Directorate (DSD) and the US National Security Agency (NSA). This relationship continues to this day.

The relationship that Australia (and Britain) adopts in regard to the US is that of an acolyte or Praetorian Guard. Exactly why this posture needs to be adopted stems from negative perceptions of the unequal power relationship between each and their chief ally. It is as if seeking true military and foreign policy independence (something as yet to be truly explored by foreign policy planners in Australia) would antagonise and alienate Washington. Or is it that Canberra and London have for so long balanced their own military and foreign policies within the American framework that it is no longer possible to see Washington’s crusades as not also being their own?

Surely it would be much better for Australia to seek a real alliance with Washington on the basis of being a confidently independent nation in terms of its own military capabilities (designed solely for use in its own region and in its own self defence) and its own foreign policy concerns. This would not exclude supporting Washington, but would enable Canberra to not play the role of ‘obsequious’ yes man.

If seeking such a sea change would so endanger US cooperation with intelligence and military assistance or provoke other negative diplomatic responses, it would be difficult to describe the current situation as having been an alliance at all. It is, in reality, this current ‘satellite’ relationship that Australian and US elites speak of with sentimental resilience when Australia supports US led wars. It is also demonstrated when our Prime Ministers visit US shores. Therefore, the basis of the Australia-US relationship (in its current form) must be legitimately questioned. Exactly how Australian national interests are served by our roles in Iraq or in Afghanistan can only be seriously explained (once the frills are ripped from the shirt) in terms of our acolyte relationship with Washington.


(This piece was original published in On Line Opinion on 9 May 2011 until the title Australia, the United States ‘Yes Man’ and has been reproduced with full permission.)