WikiLeaks releases top secret US intelligence about Hicks and Habib

Yesterday, Wikileaks published the Gitmo files: confidential US intelligence assessments of all the inmates that had been through Guantanamo Bay.


It included the files of the two Australians who had been through the controversial US prison camp for in Cuba: David Hicks and Mamdouh Habib.

It includes allegations that both Hicks and Habib were both highly trained and dangerous terrorists, something strenuously rejected by both men and their supporters.

David Hicks's father, Terry Hicks, said yesterday in an interview with Fairfax press that US officials should disclose their methods of obtaining information, implying that the duress used in interrogations cast doubt over the veracity of any intelligence obtained.

''We know that people were harshly dealt with at Guantanamo. Not only David but others,'' Terry Hicks said. ''It doesn't matter if it's right or wrong. They just want the information.''


Mamdouh Habib was also reported by Fairfax as saying the documents proved the Australian government had conspired with the US to paint him as a terrorist. He said a laptop taken from his home in a raid has been shown to him in Egypt.

''ASIO is the one that kidnapped me and took me to Egypt," said Mr Habib. The evidence is the laptop. They showed it to me in Egypt.''

David Hicks released a media statement yesterday saying that the information released by Wikileaks showed the gross incompetence of the US authorities, documenting a plethora of inaccuracies in the intelligence file held by the US authorities about him.

From his media release, which was entitled 'Wikileaks file on David Hicks - The U.S.S. Pettiloo says it all':

"The file released on the Wikileaks website only confirms the inaccuracy of information that has been released by the former U.S. administration to the public in relation to David Hicks. The incompetence of the interrogators to obtain reliable and factual information is clear- they failed get Mr Hicks’ name correct, where he was captured, or the name of their own Navy ship - even when utilising interrogation techniques tantamount to torture."

Much [sic] of the inaccuracies in the file have been addressed in Mr Hicks’ book, however, following is a list for your convenience.

Ø  Mr Hicks has at no time flown to East Timor- to engage in hostilities, or otherwise

Ø  LeT was not listed as a terrorist organisation until 2002, long after Mr Hicks had been detained. The report confirms that no member of LeT had engaged in a terrorist act- they allege an intention, which there is no evidence of. As Mr Hicks explains in his book, LeT dissolved after 2001. The group that calls themselves LeT now is not the same group as it was over a decade ago as it is made up of different people.

Ø  Allegations of meeting senior al-Qaeda leadership- Mr Hicks explains in his book that did not hear the word al-Qaeda until he reached Guantanamo Bay- and this was from the mouth of an interrogator. Mr Hicks has not met any people by the names of Abu-Hufs or Mohammed Atef, and the U.S. has not provided any evidence of this.

Ø  Mr Hicks did not go to Bagram at all- Mr Hicks was captured by the Northern Alliance at a Taxi stand in Baglan on his way back to Australia. He was then sold to the U.S. for approximately US$5000.

Ø  There is no such ship as the Pettiloo- Mr Hicks was transferred to two U.S. Navy ships, the U.S.S. Bataan and the U.S.S Peleliu- what they failed to mention in this report was the 10 hour beatings inflicted on Mr Hicks and the other detainees, and the photos depicting Hicks naked with a bleeding wound on his head due to having his head rammed into the tarmac several times.

Ø  As for the report stating that Mr Hicks ‘admitted’ to being a member of al-Qaeda- Any and all statements were obtained under torture, this is why he was not taken through a regularly constituted court. In the final Military Commissions hearing, David’s legal team submitted what is called the Alford Plea. This is a US based plea in which an accused person can agree to plead guilty whilst maintaining innocence. David has always maintained his innocence and strongly denies that he was involved with any terrorist organisations- he did what he had to do to come home.

Ø  The report alleges that Mr Hicks led in prayer and was held in high regard by other Guantanamo detainees- Mr Hicks cannot speak Arabic, and his knowledge of the religion would not qualify him to lead prayer. Some detainees thought that Mr Hicks was a spy, so any allegation that he was a leader is simply outrageous.

Ø  Any allegation that Mr Hicks was unruly or created disturbances is simply untrue. Former Guantanamo bay guard, Brandon Neely who was on the ground with Mr Hicks has confirmed this recently (link below).

Ø  As documents have revealed, detainees were forced to take medication and David was injected in the spine (see link below)

Ø  All charges that they quote in the document and the Military Commissions process were ruled as unconstitutional and illegal by the U.S. Supreme Court. Even the final Military Commissions Act of 2006 has been replaced by President Obama due to the unfairness of the system, and the fact that it did not establish a legitimate legal framework.

Ø  The report alleges that if Mr Hicks is released, he would be a threat to the U.S. and its allies- Mr Hicks has been a free member of society for over three years, and has proven this to be completely false.

Independent Australia has published several stories relating to David Hicks and his treatment at Guantanamo Bay, and afterwards by the Australian Government, which you can access by clicking here.

We are also in the process of arranging an interview with David Hicks that we hope to post on this website in the next few days. Keep watching this space. 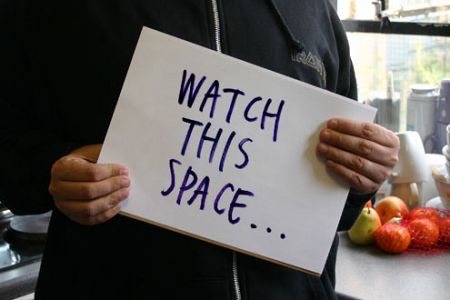