This week, John Wren takes a look at our PM's poor decisions over Australia Day and Warren Mundine, along with women in politics.

THE ELECTION CAMPAIGN is well and truly underway. Bill Shorten is doing a bus and town hall meeting trip the length of Queensland and, yes, he really is on the bus. It’s not just a PR stunt. While Shorten is in Queensland, Morrison is dealing with daily candidate pre-selection crises, but before we get into those, Morrison waded into the Australia Day date debate in as ham-fisted a manner as is possible.

First, he proposed an Indigenous Australia Day to be held on 25 January (the day before the First Fleet arrived). In so doing, he destroyed his own rhetoric of Australia Day being “a day for all Australians to come together to celebrate our nation”. His proposal instantly divides Australia into two camps. Utter lunacy.

My view is the date has to change. 26 January is, at best, a NSW celebration of the First Fleet arriving in Sydney Cove. The first European institution in Australia was a prison. Is that something we really want to celebrate? The French national day, Bastille Day, celebrates the storming of a prison and the release of its (mostly) political prisoners. We in Australia are being asked to celebrate the establishment of a prison as our national day. Seriously? Who does that? Not to mention, of course, that, from the Aboriginal perspective, the day marks the beginning of the invasion, land dispossession and, ultimately, the destruction (both inadvertent and deliberate) of most of their cultures.

“The sacrosanctity of January 26 as Australia Day has become something of a contemporary convincing ground in the political aspirations and posturing of both Malcolm Turnbull and Scott Morrison” | My first op-ed for @NITV. https://t.co/sy1YtjGIpW #AlwaysWillBe

Australia Day will probably not be resolved until we become a republic. The date chosen for that to commence will become the new Australia/Republic Day. I’ve proposed in the past we choose the date of the Eureka Rebellion, 3 December, to proclaim ourselves a republic. I’ve yet to hear a better suggestion.

Further wading into the culture wars, Morrison announced that in 2020 (250 years since James Cook sailed into Botany Bay) a replica , would recreate Cook’s voyage by circumnavigating Australia. Bizarrely, of course, this was something Cook never did. Cook, in fact only ever visited Australia on his first (of three) voyages of discovery. He travelled up the East Coast. He sent men ashore only twice, at Botany Bay and what later became Cooktown in Queensland. He himself only ever went ashore at Cooktown, where his ship the Endeavour was being repaired after running aground on the Great Barrier Reef. 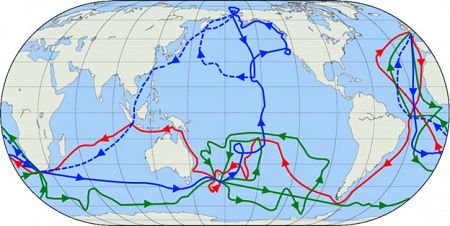 Cook was a great navigator, cartographer and leader of men, but he was only moderately ever an influence on Australia. Cook had a much more profound impact on New Zealand. He mapped its entire coastline, gave many features names still in use to this day and visited it on all three of his voyages. Cook even took on board Maori and Islander crew members. He wasn’t even the first European to visit Australia. A number of Dutch, Spanish and Portuguese ships had beaten him to it. In fact, Cook relied on one of Dutch captain Abel Tasman’s partial maps, to find Terra Australis (New Holland) in the first place. 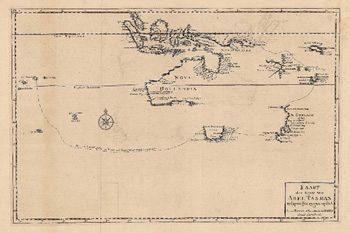 So why the focus on Cook? Well, Morrison’s electorate is named after him and includes Botany Bay where Cook first made landfall. It also seems to be some attempt to claim Cook as a “founding father” of Australia. An Australian George Washington, perhaps. Utter revisionary nonsense, of course. Australia does not have historical figures the likes of Washington, Jefferson and Robespierre, and this frustrates the “Western culture ideologues”. The closest we have is Sir John Monash, but he was too recent and too Jewish for the White supremacists promulgating the story. Nor did Monash ever occupy a political role in Australia, the way the names mentioned above did in the USA and France. Cook also didn’t kill any Aborigines or infect them with smallpox, so Cook is seen as far more hygienic than, say, Phillip or Bligh.

Needless to say, Morrison’s replica Endeavour proposal has not been met with much acclaim. It is too contentious and the money would be much better spent on, say, homeless services, domestic violence campaigns or the horrendous incidence of suicide within our First Nations peoples, particularly children.

Demonstrating poor judgement on Cook, Morrison then doubled down on his deplorable political judgement in the electorate of Gilmore on the NSW Central Coast. He spectacularly dumped pre-selected Liberal Party candidate Grant Schultz and parachuted in Labor turncoat Warren Mundine, who does not live in the electorate (he lives on Sydney’s North Shore) and was not a Liberal Party member until the day of the announcement. In fact, in December, in a now-deleted tweet, Mundine had denied being a member of the Liberal Party at all. Schultz accused the Liberal party of ignoring democracy and having no integrity, something that is impossible to deny. He then announced he would run as an independent. Popcorn time. 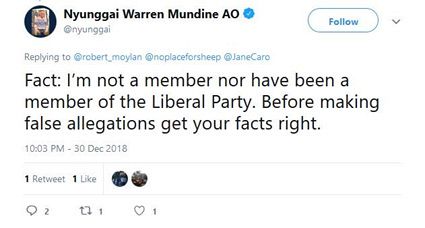 Morrison then went into bat for Mundine, all but accusing Schultz of being a bully and claiming that the Liberal party doesn’t reward bullies. The hypocrisy is astonishing, especially when one reads how Morrison himself bullied his way into gaining preselection in his own seat. I have met many Liberal Party MPs over the years. I can assure readers they are virtually all bullies, born-to-rule elites who cannot tolerate criticism or differing viewpoints.

Speaking of not tolerating differing viewpoints, Morrison also published an op-ed where he claimed to be advocating for the “quiet Australians” — that is, those who don’t complain and just try to get on with life. Clearly, I’m not one of them. The quiet Australians are, of course, a dog whistle to the so-called “silent majority”, which conservatives love to claim to represent. The silent majority is a myth, of course, it’s silent because it doesn’t really exist. It’s a concept that’s believed by conservatives with an almost religious fervour, which, like religion, is based on faith and not evidence. Recall during the same-sex marriage debate, they claimed that the silent majority didn’t want it. The plebiscite’s overwhelming “Yes” vote proved that the silent majority doesn’t exist. Personally, I hope the silent majority vote for the Liberals in the same number they voted against same-sex marriage.

And finally, another senior sitting Liberal MP, Kelly O’Dwyer, the Minister for Women, resigned suddenly, stating personal reasons. It later came out she had had a miscarriage while in Parliament and she wanted to focus on her family. This, of course, nicely shut up all criticism of her decision. Opportune, given that her seat Higgins in Melbourne will almost certainly be lost to the Liberals in the election anyway. It could even go to the Greens, if the preferences flow the right way for them. The vacancy has set up another messy pre-selection battle, with a number of high-profile Liberal women, including Peta Credlin, being mentioned. Higgins is a very progressive Liberal marginal seat. I personally can’t see someone as hardline conservative as Credlin getting a guernsey, but with Morrison’s deplorable judgement, anything is possible. Regardless, Credlin has publicly stated she’s not interested... this time. She knows the seat is probably not winnable, so she’s staying put.

If we are going to have an election in March, Morrison will need to call it in the next few days. Fingers crossed.

#auspol There are not enough safe Liberal seats to go around.

Safer at Sky, after dark... in the shadows.

30 August 2021, 4:00pm From worsening pandemic statistics to the lack of empathy shown towards Australians ...

7 August 2021, 12:00pm Our political leaders are shifting lockdown opinions for the public eye, while Sky ...

24 July 2021, 8:00am Liberal Party policies are designed against the well-being of future generations in ...
Join the conversation
comments powered by Disqus
News updates