The worm turns as the AFP raids Ashby over Brough, Pyne and Roy

The worm, she begins to turn.

At 8am on Tuesday 17 November, eight AFP detectives raided the property of James Ashby’s mother.

The semi-rural property on the outskirts of Beerwah plays host to a couple of businesses: James’ mum Colleen runs her hairdressing business, Cashmere Cuts, from there while James has set up his signwriting business, Newa Image Printing, in the back sheds.

There is no doubting the earnestness of the cops. They turned up armed to the teeth with a Channel 7 news crew, who kept us updated on the raid’s progress.

At 10am, Mackenzie Lyon tweeted:

Channel 7 filmed and photographed the event, showing James had been wearing a dark polo shirt, lemon-coloured shorts and steel-capped boots when police arrived.

James Ashby: "I have nothing to hide." @7NewsSC pic.twitter.com/6mcOeLKRNq

James Ashby, media shy that he is, agreed to talk to ABC Sunshine Coast immediately after the raid.

According to the ABC:

Australian Federal Police went to the property at Beerwah on the Sunshine Coast this morning with a warrant for items that "relate to the diaries of Peter Slipper".

And they must be pretty sure they’d find something, because, according to the Crimes Act 1914:

An issuing officer may issue a warrant to search premises if the officer is satisfied, by information on oath or affirmation, that there are reasonable grounds for suspecting that there is, or there will be within the next 72 hours, any evidential material at the premises.

"Some of those people that they are looking for evidence of is communication with Christopher Pyne, Mal Brough, Wyatt Roy, along with Channel Nine and News Corp reporters."

"So these guys today will have nothing new, I don't have copies of those diaries."

Maybe. But James does love a good file.

And there were other AFP targets, according to a report in the Courier Mail:

When asked about the search at Mr Ashby’s home, an AFP spokesman said:

“The AFP can confirm search warrants were executed at residences on the Sunshine Coast today (Tuesday 17 November 2015).

“As these warrants relate to an ongoing investigation, it is not appropriate to comment further.”

Note the plural, residences. That could be any number, but it is certainly more than one. It seems the AFP did not think it was a good idea to take a film crew on the other raids.

Wyatt Roy and Mal Brough both live on the Sunshine Coast. Karen Doane probably does too.

They include Mr Ashby allegedly accessing Mr Slipper's official diary, which is restricted data, without authorisation between March 23 and April 13, 2012.

Between those dates he also allegedly communicated or caused to be communicated the extracts to a third party without authority.

Mr Brough allegedly counselled and procured Mr Ashby to access and disclose the extracts and provide them to third parties without authority.

Karen Lynette Doane, who also worked for Mr Slipper, allegedly communicated or caused to be communicated extracts from the diary and provided them to third parties.

For all concerned, this is a dangerous thread to pull. If James unravels then Malcolm Brough, our Special Minister of State, will have serious PR problems.

As will Pyne and the others noted above.

I note the name Julie Bishop did not appear on the list — perhaps an accidental omission?

In the great hairdressing tradition of gossip, I was at a party the other night when a woman told me her mum was one of Colleen’s regular clients. Well! Does Colleen know a few things or what? My friend said her mum said Colleen told her that after James took the job with Slipper he was constantly being called by the likes of Abbott and Pyne. Her boy had hit the big time.

This could get good.

Ross Jones is author of the new book 'ASHBYGATE: THE PLOT TO DESTROY AUSTRALIA'S SPEAKER', which can be ordered HERE and also via selected independent bookstores.

ASHBYGATE will be officially launched at 10.30 am, 10 December 2015 at the Shearwater Resort, 79 Edmund Street, Caloundra. All are welcome.

Want to get up to date with #Ashbygate? We wrote the book! Still a few signed copies available from the IA store. https://t.co/RFUjdg6R70 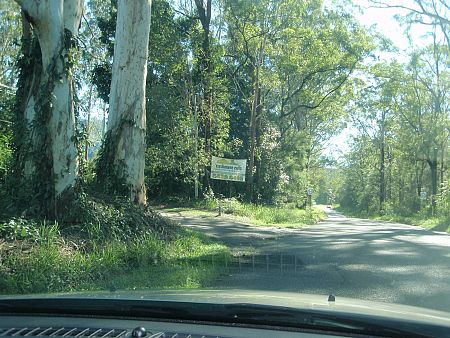