Now that Donald Trump has emerged as the front-runner for the Republican nomination in 2024, it is worth asking what he achieved for the political Right during his term in office and whether this record of achievement, in itself, would justify the support he has received.

The short answer to the first question is “fifty miles of wall”. The answer to the second is that precisely by failing to deliver on any of his promises, Trump has justified, in his supporters’ eyes, the demand for a second term (and more after that if he can get around the Constitution).

Trump’s signature campaign platform was his promise to build a “big beautiful wall” along the border between the United States and Mexico.

Trump managed to rebuild some existing barriers on the borders, replacing existing fencing with a 30-foot (9.1 metre) barrier. But he was only able to build any new sections of the wall by raiding the military budget on the pretext of a national emergency. By the time Joe Biden was inaugurated, only 49 miles (78 kilometres) had been built. Biden ended the emergency and the construction program immediately. 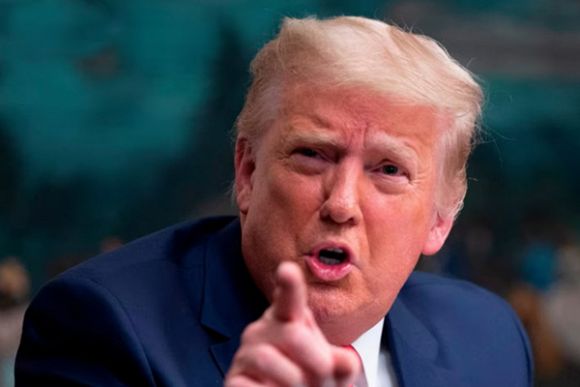 Donald Trump's second impeachment: The trial of the century

After a string of controversies including inciting the storming of the Capitol, the second impeachment trial of Donald Trump is about to begin.

What else did Trump achieve? In legislative terms, hardly anything durable. There was bipartisan agreement on some measures to reduce the harshness of the U.S. criminal justice system. This was a genuine achievement, but not one that drew passionate support from Trump’s right-wing base.

A massive and regressive tax cut was passed by the Republican Congress in 2017, but Trump failed to secure significant popular support for it.

Since financial measures are not subject to the notorious filibuster (the rule requiring a 60 per cent supermajority in the U.S. Senate to pass legislation), the tax cuts can be reversed by the Democratic Congress using the same “reconciliation” procedure used to pass them.

Trump’s other legislative ambitions went nowhere. The long-standing promise to ‘repeal and replace’ Obamacare produced a hodgepodge bill that could not command a majority in the Senate. The same was true of the Dodd-Frank regulations limiting unsound practises in the financial sector. And Trump promised an “infrastructure week” so many times that the term became a catchphrase for non-delivery.

His record here was so thin and his agenda so limited that by 2020, the Republican Party had abandoned the very idea of a policy platform, instead pledging undying loyalty to “the President”.

Lacking the ability to pass legislation, Trump relied heavily on executive orders and regulatory changes. However, many of these were bungled and had barely taken effect by the time Trump lost the Presidency. Biden overturned many of the most significant of Trump’s actions on his first day in office. These included withdrawal from the Paris Accord on climate change along with more than 100 other actions on environmental policy, ending Trump’s restrictions on U.S. entry for passport holders from seven Muslim-majority countries and stopping Republican attempts to rig the Census, thereby gaining an advantage in electoral redistribution. 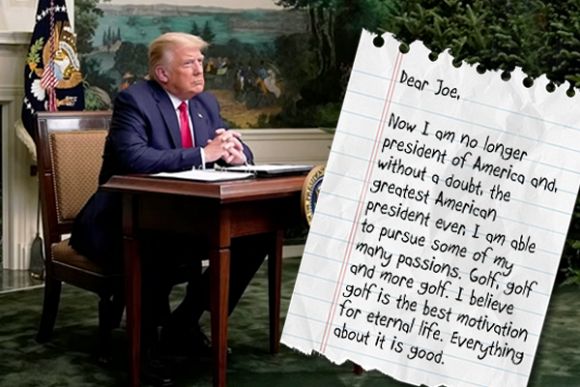 In an act of unbridled generosity, very much in keeping with the tone of Trump's letter, President Biden released a copy of the “generous” letter.

Some of Trump’s regulatory measures will take longer to unwind and a few may survive. But by the end of this year, there will be barely a trace left of his term in office.

Finally, his supporters point to the three right-wing justices Trump appointed to the Supreme Court. But, given the vacancies, any Republican president would have made similar choices. The fact that Trump had three vacancies to fill was not due to his own brilliance but to the machinations of Senate majority leader Mitch McConnell. Moreover, Trump’s extremism made it easy for many Democrats to embrace responses that were previously unthinkable, such as appointing additional justices to create a Democratic majority.

Moreover, any view advocated by Trump became less popular with the majority of the population. During Trump’s term in office, support for immigration and action on climate change rose, as did support for LGBTIQ rights. Confederate monuments were torn down all around the country during the Black Lives Matter movement.

Why then does Trump command such support among Republicans? By making racism and misogyny respectable, at least in the Republican Party, Trump gave his supporters permission to be their own worst selves and to whine about “cancel culture” when they incur the resulting odium.

Trump’s politics exemplify the traits projected onto the Left by conservatives: identity politics, victimhood and a demand for “safe spaces”. Such a political approach thrives on defeat — without a continuing supply of grievances, it can never prosper.

Trump is a loser who has masqueraded as a winner for decades. As such, he is the ideal representative of his supporters.