Why should we be concerned by the destruction of Peter Slipper?

In a speech at the official launch of his new book last week (10/12/15), Ashbygate: The Plot to Destroy Australia's Speaker author Ross Jones explains why this scandal won't go away any time soon.

WHY SHOULD anybody be concerned with the destruction of Peter Slipper?

After all, he’d been member for Fisher since 1993 and after 20 years he was getting stale, he was drinking too much, his expenses were becoming the talk of the town and he was out of touch.

We should be concerned because of the way Peter Slipper was destroyed.

The plot to destroy Australia’s Speaker, the third highest office in the land after the GG and PM, was a blatant attempt to undermine the Commonwealth by wilfully abusing the Australian court system to bring about political regime change.

What do you call that? Sedition? Treason? It’s certainly not cricket as we know it.

By any standards, the plot was a stunning success.

When I was writing the book, I expected its audience would be limited to members of the Ashbygate Trust, some mates who know nothing about the matter, a few political tragics and some dusty historians in 50 years time. It seemed no one else gave a rats, but at IA we thought the recording of an accurate history while the information was still available was important.

My professional niche is litigation support – making sure my solicitors have every bit of available accurate information I can dig up before they front court – and I approached this exercise in the same way. It was written for a client, the Ashbygate Trust, but it also had to allow anyone who knew absolutely nothing about the topic to understand the depth of the perpetrator’s malfeasance.

Only a handful of people know the full story of the plot and they’re not talking, but, like my solicitors, you can rely on the facts in this report and simply follow the breadcrumbs.

Like the Spanish Inquisition, no one expected the search warrants executed by the AFP against Brough, Ashby, Karen Doane and Steve Lewis. 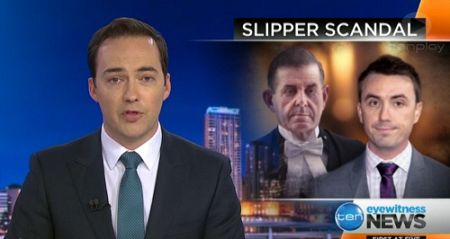 Nothing had happened for so long. 60 Minutes came and went without a murmur. Graham Perrett’s pleas were ignored. We sent the AFP the results of our enquiries back in February this year. Still nothing.

Then, out of the blue, the lid was ripped off.

The current media frenzy over Brough is welcome, but it is ultimately a sideshow. Convicting Brough of breaches of both the Crimes Act and the Criminal Code would be seriously unsatisfying -the real stuff is much, much deeper.

The plot was as audacious as it was complex.

Despite the apparent chaos of the media reports, there were five distinct strands. These strands braided together behind the scenes to form the seamless and irresistible rope that hung Peter Slipper.

These five strands were –

James told Alan Jones just a couple of days ago he had nothing to gain by taking the action he did. But that’s not quite true. As you will see in the book, James wanted a deal.

The prospect of sunny uplands.

And as you’ll also see in the book, James has a track record of causing bother — and he started it.

Mal Brough. A man whose ambitions appear far outweigh his morals. As we now know, the Member for Fisher has a complex truth compass, one often unfathomable to ordinary humans. Sometimes, it inexplicably points south.

Mal, had he sat back and done nothing, was a shoe-in for Fisher in 2013. So why the rush? Why get involved in so sordid an enterprise?

One likely reason Mal was so impatient — Slipper knew his days as a Liberal were numbered, but he still had one very real chance of survival and that was to become Speaker in the Westminster – or English – tradition. There the Speaker is expected to be above party politics and no party runs a candidate against the incumbent. Slipper would have to convince the Gillard Government to change the rules, but in the political environment of the day, that wasn’t as mad as it sounds. If Slipper pulled this off, Mal would be forever denied Fisher.

Ashby, by the way, claims he and Karen Doane referred to Brough as Jackie.

We know for a fact Pyne knew Ashby was about to make some serious allegations. We know Wyatt Roy knew, though naively. We know Mark McArdle knew. He is certainly not naive.

Julie Bishop’s chief of staff, Murray Hansen, was Bishop’s proxy in the coup that ousted Abbott, he’s a Blackadder kind of guy. Throughout the messages between the plotters, the name Murray frequently crops up in conjunction with Jackie.

Bishop told the ABC about a month before the story broke:

"He contacted my office and spoke to one of my staff."

Why would James call Bishop’s office and unload on an innocent staff member? What did Bishop’s office have to do with anything? It’s at these times you’d love to have the AFP’s coercive powers, but we’ll need to live on breadcrumbs unless our defenders act.

Note: Ashby went to Bishop’s office one month before. That would be around the same time James had a three-hour meeting with Mal Brough at Brough’s home. 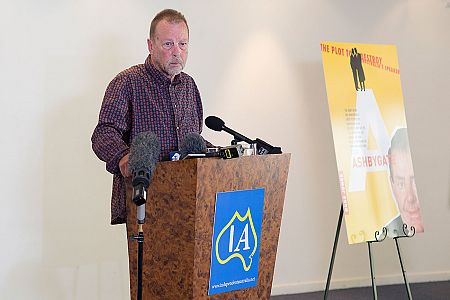 And News Corp. A company with a proven track record in nastiness.

A news Corp journo, Steve Lewis, was in the thick of things. On 29 March, he asked Mal for Slipper’s diary extracts. On 4 April, he met with James at Montegos. On 6 April, James sent the journo extracts from the Speaker’s diary,

News knew what was coming. It was in on it.

News was essential to broadcast the allegations — all of which were subsequently shown to have no substance.

Harmers Workplace Lawyers were engaged to represent James and it was that firm which lodged the application. The originating application said the law firm held a signed affidavit from a person who had seen a video of Slipper and a staffer in a compromising position. It did not. It misled the court.

The alleged video has never surfaced, but the inclusion of the non-existent document enabled News to print the allegations, which it did with gusto.

The Ashbygate plotters maliciously and deceitfully ruined a man’s life. The allegations were so vile, so hideous and so widely believed, a weaker man might have chosen the easy way out. Like constitutional vandals, the plotters attacked a cornerstone of Australian democracy — the separation of powers of the state and judiciary. The court was lied to and manipulated for the media result, not for any legitimate purpose.

Ladies and gentlemen, it seems the AFP have begun to scratch at the surface of this criminal conspiracy. How intent they are to dig all the way to the bottom remains to be seen.

But, if you read the book, at least you will know what is going on.

You can follow Ross Jones on Twitter @RPZJones. Find out where you can buy Ashbygate in time for Christmas by clicking HERE or on the image below. 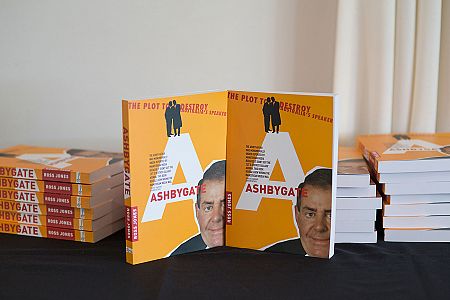 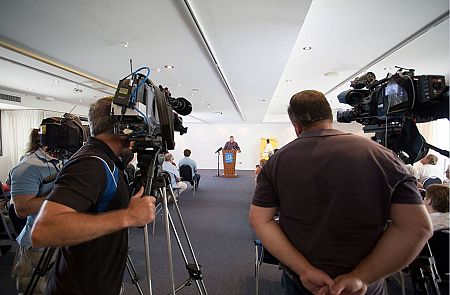 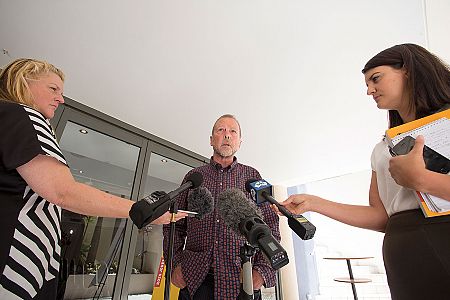