AN INDEPENDENT watchdog group launched a probe into Trump-appointed Social Security Inspector General Gail Ennis and her staff this week after reporting shined light on the massive fines they have imposed on poor people and people with disabilities, ostensibly in an effort to punish “fraud”.

The fines in question were levied as part of the Civil Monetary Penalty Program, an obscure anti-fraud initiative run by Ennis' office. Documents obtained by the Washington Post show that over a seven-month period ending in mid-2019, 83 people were charged a total of U.S.$11.5 million (AU$15.9 million) in penalties under Ennis' watch.

‘The escalating penalties created a giant jump – at least on paper – in the amount of money the Inspector General could show lawmakers [the program] was bringing in. Fines as high as hundreds of thousands of dollars were imposed on poor, disabled and elderly people, many of whom had no hope of ever being able to pay.’

The escalating penalties created a giant jump — at least on paper — in the amount of money the inspector general could show lawmakers it was bringing in.

Fines as high as hundreds of thousands of dollars were imposed on poor, disabled and elderly people. https://t.co/oegKRZ22x2

The program was paused in 2021 amid growing scrutiny from the Social Security Administration (SSA) and congressional Democrats. The new watchdog investigation was launched by the Council of the Inspectors General on Integrity and Efficiency (CIGIE), a group that monitors misconduct accusations levelled at inspectors general.

In its reporting last month, the Post spotlighted the case of Gail Deckman, an elderly woman who kept thousands of dollars in Social Security disability benefits that should have been cut off when her longtime partner died of kidney cancer. She was fined U.S.$119,392 (AU$165,661) — three times more than the payments she received by mistake.

Because Deckman didn't have the money to pay the massive fine, the Post noted, the SSA ‘...garnished the entire $704 check she was going to receive every month when she retired from her minimum-wage job flipping burgers at the convenience store in her local Rebel gas station.’ 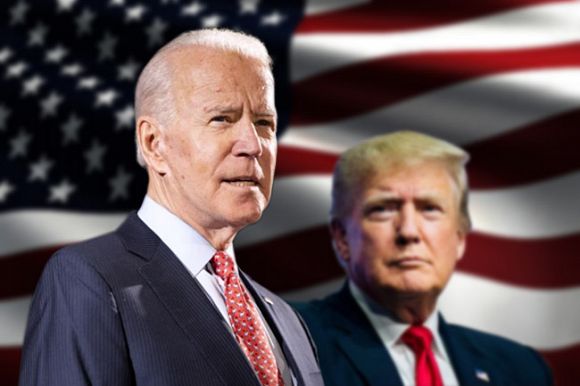 President Joe Biden is attempting to enact his legislative agenda in the face of a Republican opposition hell-bent on political vandalism and chaos.

As the Post makes clear, Deckman's case was not an anomaly.

During the Trump administration, the newspaper noted, the Ennis' inspector general office fined ‘more than 100 other beneficiaries without due process’:

A Chicago woman was fined $132,000 after wrongly receiving as much as $10,618 in benefits, according to internal data of penalties and assessments... A Denver woman was sanctioned $168,000 after cashing as much as $14,960 in wrongly received checks. A New Jersey woman is on the hook for nearly $435,000 after she accepted about $47,000 in benefits but failed to report a $120,000 house she inherited from her father and car loans she co-signed for her children, on what she said was a lawyer's advice.

Some of those hit with massive fines weren't aware they could appeal the penalties or ‘were told they had forfeited that right’, the Post reported.

‘Many times, these cases are not willful crimes. These penalties are a cheap, easy way of getting enforcement up. It's unconscionable to pile fines on these people.’

Many times, these cases are not willful crimes. These penalties are a cheap, easy way of getting enforcement up. Its unconscionable to pile fines on these people. https://t.co/xP1eZffRV5

Top Democrats on the House Ways and Means Committee, including the head of the panel's Social Security subcommittee, also voiced outrage in response to the Post's story, calling it “stunning”.

...Social Security's Office of the Inspector General levied unprecedented fines against more than 100 seniors and people with disabilities without due process, under procedures adopted during the Trump administration.

We call on President Biden and Acting Commissioner of Social Security Kilolo Kijakazi to swiftly investigate this apparent abuse of authority, to put in place safeguards to prevent future abuse and to provide relief to any individuals wrongfully victimised.

This article by Jake Johnson was originally published on Common Dreams, under the title, 'Probe Aimed at Trump-Appointed Social Security IG Who Targeted Poor and People With Disabilities' and has been republished under a Creative Commons licence.