Was Atatürk the greatest leader of the 20th century?

Sameer Murthy looks at the vision of Mustafa Kemal Atatürk and whether his bold leadership has been underrated.

WHAT CAN WE LEARN from the most underrated great leader of the 20th century?

Once, when I was asked about the best leaders from the previous century, the big three of Gandhi, Mandela and Luther King Jr came to mind.

However, the recent coup attempt in Turkey brought my mind back to perhaps the boldest and most controversial of them all: Mustafa Kemal Atatürk (1881-1938). This individual literally created the modern, secular state of Turkey — a country whose progress has been somewhat eroded under President Erdogan’s rule.

Australians widely remember Atatürk as the Ottoman Empire’s Commander of the 19th division during the 1915 Battle of Gallipoli, where his bravery and intelligence were able to lead the Turks to victory.

Ataturk gave such a moving speech after Gallipoli, today guns and bombs tore at his vision pic.twitter.com/YFPgRxaleq

His feats as a peacetime leader were even more remarkable as he led a campaign to revive his country from the lows of post WW1, when the Ottoman Empire was known as the “Sick Man of Europe”.

After the bloody Turkish War of Independence, he first got rid of the Ottoman Sultanate in 1922. This led to the establishment of a programme that westernised Turkey in order to better integrate with their European neighbours, which included establishing the separation of Church and State.

Some other major reforms that come to mind include creating a Latin-oriented script for the Turkish language, education reforms which increased the number of students attending high schools by 17-fold and the literacy rate improving from nine per cent to 33 per cent in just 10 years.

Economists can also point to the establishment of banks and other financial institutions along with seeking the assistance of foreign companies to develop a rail network as other notable achievements.

Perhaps the most progressive of his reforms was introducing co-educational schooling and granting women full suffrage much earlier than many other countries. He oversaw the elimination of polygamy and ensured that women received equal inheritance rights. The results were readily evident: between 1920 and 1938, 10 per cent of university graduates were women, while there were eighteen female MPs in the 1935 elections. 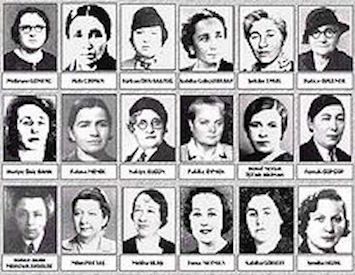 A balanced discussion about Atatürk requires the discussion of other matters. Turkey’s strained relationships with Greece, Armenia and the Kurdish people means the people of those countries and origins will understandably not have favourable opinions of him.

The Dersim massacre in 1938, where some 13,000 Kurds were slaughtered is a particular black spot on his record. The inability to unify people of different backgrounds perhaps makes him fall behind the other big three as unity was often a big part of their leadership.

It could be observed that Atatürk could not have undertaken such rapid extensive reform in a democracy (which can be likened to Barack Obama and the hostile senate obstructing his every move) because perhaps he felt having a country of predominantly illiterate people at the time, meant they were not ready for a democracy and needed more guidance.

We must also remember that Turkey has had four military coups — where the military is supposedly the guardian of Kemalist secular principles. As well, the recent disastrous failed coup, means that the transition to democracy has been extremely rocky for almost 90 years. One could say that is this is a failure of Turkish leaders who followed Atatürk.

If we make a simple list of Atatürk’s reforms, we have to ask ourselves why he is not mentioned more in the history books especially at a time when feminism has become increasingly important and many countries around the world are struggling with the separation of Church and State.

Erdogan Seizes Failed Coup in Turkey as a Chance to Supplant Ataturk https://t.co/nq19pMvFPQ

A great leader leaves the world in a better shape than they found it and that is exactly what sums up Atatürk. A controversial opinion could be that he might have been the most benevolent and effective leader of the 20th century in comparison to the other great leaders.

This is because Gandhi and Luther King Jr met their tragic demise too soon before being able to implement their plans for nation and community building after achieving Indian Independence and the passage of the Civil Rights bill respectively.

Like Gandhi, Atatürk was able to lead his country to independence in the four year Turkish War of Liberation but he was also able to carry out his practical vision for his country in the aftermath.

Mandela’s brilliance in forgiving the same people that put him in prison for 27 years and being able to bring together all South African ethnicities peacefully, is the benchmark in terms of racial unity. The man himself though, regretted not spreading higher awareness of the AIDS epidemic that crippled many African countries in the 1990s, while South Africa still faces troubles in regards to economic inequality and high crime rates.

Of course, South Africa’s continuing challenges today are by no means Mandela's fault, or any one person’s fault. I believe, however, had Atatürk ruled during the AIDS epidemic, he would have developed a strong plan, as he did with many other difficult issues.

While some may point to Atatürk when we are asked who the greatest leaders of the 20th century were, most would agree that Mustafa Kemal Atatürk is one of the contenders.

The mideast needs another great leader like Ataturk. And Fast! Wonder how he'd solve this crap? pic.twitter.com/buwe3FY6s9

Populism and the complex tyranny of the far right

7 February 2017, 3:30pm In the fight against racism and Islamophobia, the complexities of far right poli ...

Was Atatürk the greatest leader of the 20th century?

28 July 2016, 11:30am What's wrong with light-hearted jibes between mates of different skin tones and ...
Join the conversation
comments powered by Disqus
News updates