So much for freedom of speech, the Victorian Coalition Government has banned rescuers and the media from today's duck shooting season opening. Tess Lawrence reports.

LAURIE LEVY, campaign director of the Coalition Against Duck Shooting has issued a blistering attack on the Victorian Government's attempt to ban rescuers and the media from today's start of the duck shooting season.

Levy vows the ban will not prevent the CADS rescue teams from their annual mission of helping wounded waterbirds, often left for dead to endure an inhumane, painful and lingering death; sometimes drowning in water and their own blood. 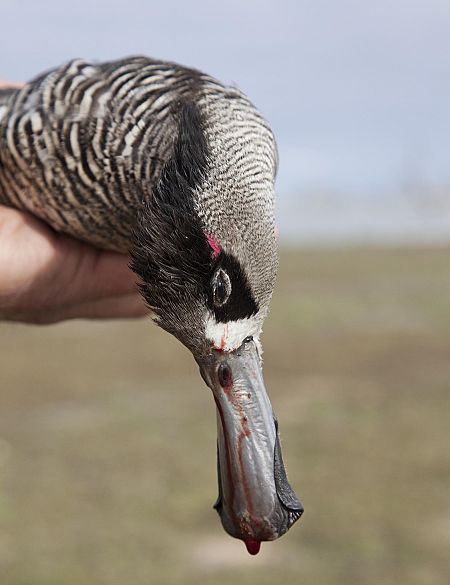 In a press release, Levy points out:

Media crews cover war zones but are banned from Victoria's wetlands for safety reasons – could recreational duck shooters really be considered more dangerous than the Taliban?

Yes. In some instances.

New laws introduced by the Victorian Government will attempt to prevent duck rescuers, journalists, photographers and camera crews from going closer than 25 metres to the water’s edge during the 2013 duck shooting season.

...The Victorian government seems to go to extraordinary lengths to protect the dwindling numbers of Victorian duck shooters who make up only 0.4 per cent of the state’s population. 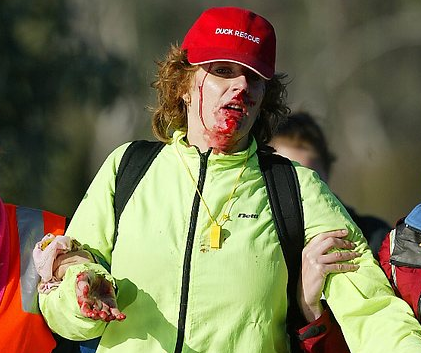 Our readers will recall Levy's compelling article last monthand this distressing photo of the bloodied face of rescuer Julie Symons being assisted by her horrified colleagues, moments after a terrifying shooting incident.

But the reality is this: if the rescuers and media are in danger, then surely so too are duck shooters themselves, given some of them could be children as young as twelve years old; since the State Government has recklessly reduced the minimum age of shooters.


As Levy puts it:

If recreational duck shooters are considered so dangerous, how can the recreational shooting of native waterbirds be allowed to continue?

What about the safety of child shooters on the wetlands?

How can the Minister for Agriculture, Peter Walsh, be allowed to recruit and blood 12-year-old children to practice their shooting on live native waterbirds?

And what about the birds that the shooters wound and fail to retrieve?

Also in danger are the supposed main targets in the crosshairs, the hapless ducks, other waterbirds, and other bird species.

Minister Walsh is a repeat offender when it comes to mismanaging his portfolio and withholding public information.


Last month in IA, I wrote:

If only Minister Walsh had the political courage to rid this state forever of the annual duck killfest.

Instead, Minister Walsh has capitulated to the burgeoning gun lobby and has now extended the kill season to 12 weeks.

These birds needlessly die under his portfolio.

We ought not to forget the toxicity of the ammo – all that lead* from the thousands of rounds of ammunition fired in this indiscriminate annual killfest – leeching into the environment, poisoning our water and other creatures, contaminating fish and plants and contributing to the residual build-up of lead in native animals, livestock and human bodies.

Ducks and other wildlife mistake the pellets for grit and food and they are gradually poisoned. Shot birds that are not lucky enough to be rescued by CADS are also poisoned by the pellets that lodge in their bodies. 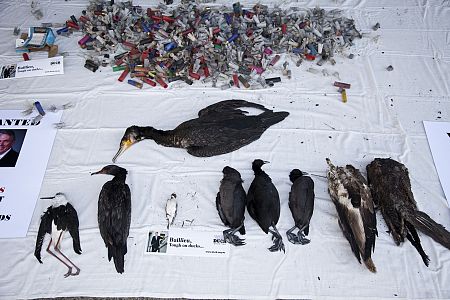 Native waterbirds and corpses and cartridge cases placed by the Coalition of Duck Shooting on the Parliament House portals. 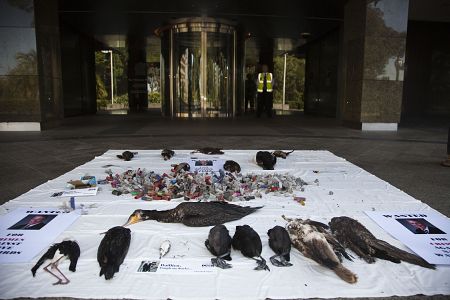 It is clear that Minister Walsh is intent on stopping any witnesses or rescuers. Why? 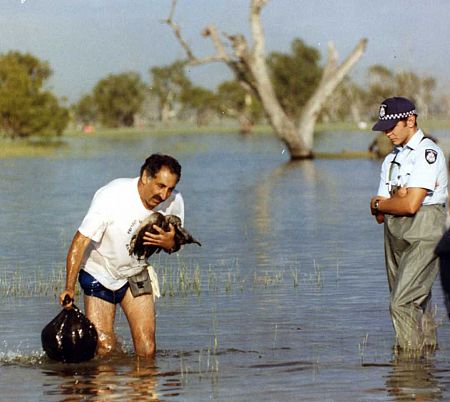 With no rescuers and no media allowed on the wetlands, it appears that the government is really trying to stop the public from being able to witness the shocking cruelty inflicted on Australia’s native waterbirds. 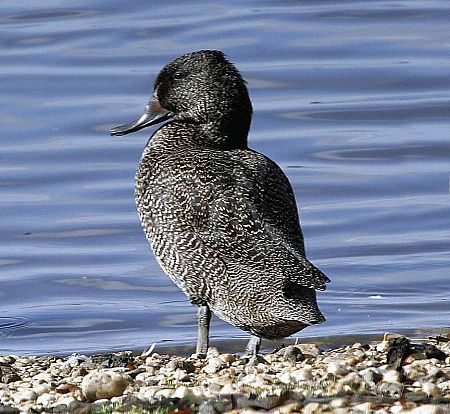 Every duck season, many birds are inevitably wounded and are not retrieved by shooters.  Protected and threatened species continue to be illegally shot.

The RSPCA has refused to put undercover inspectors on the wetlands because of the danger posed by duck shooters.  The Department of Sustainability and Environment compliance officers must be accompanied by Victoria Police before approaching armed duck shooters.

... This leaves only the Department of Primary Industries to prosecute duck shooters for cruelty.  However, the DPI compliance officers have a serious conflict of interest, as they themselves are duck shooters, so have no interest in prosecuting their duck shooting mates.

The Coalition Against Duck Shooting Rescue teams won’t be deterred by the threats of prosecutions, higher fines or the prospect of more court cases this year.  Rescuers will be back on the wetlands to help native waterbirds. 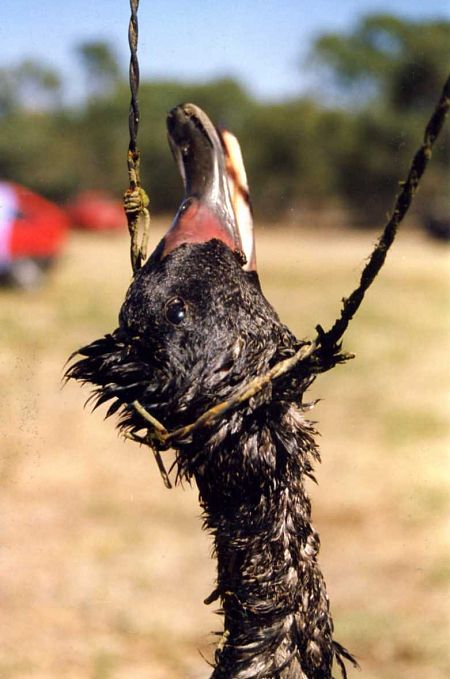 In the past, CADS have collected the tragic corpses of dead birds and deposited them with discarded spent ammo and rubbish, that is supposed to be collected by shooters, and placed them on the forecourt of Minister Walsh's offices.

We publish this poignant photographic essay, showing the important, professional and compassion work of the rescuers and support teams, including X-rays of pellets lodged in a duck so wounded that it had to be euthanised. 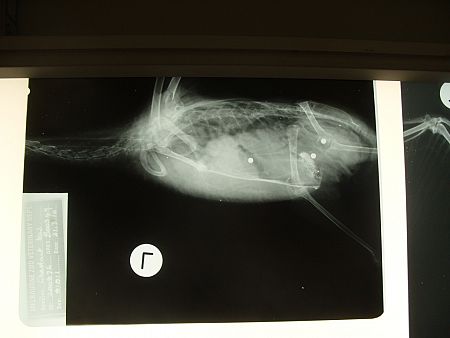 Today, the CADS rescue squad will concentrate on Lake Cullen, about 25ks from Kerang in Victoria's beautiful north-west region.


Lake Cullen will become the culling and killing/wounding place for these beautiful ducks, who annually seek refuge in our breathtaking wetlands, and whose shape, flight patterns and silhouette against the skies has fascinated us for centuries and inspired art and literature and such delightful life-lesson stories such as Hans Christian Andersen's The Ugly Duckling.


It is gut wrenching to think that, this morning, some ducks will take to the wondrous embrace of the skies, only to be shot down by the world's most prolific, cruel and psychopathic predator, we, who are human beings.

(* Editor's note, 17/03/13, 11am: although the use of lead shot is now prohibited for duck hunting in Victoria, it's use is still prolific and seemingly unpoliced.)

16 February 2013, 3:29am With Victoria increasing the hunting season to 12 weeks, the Coalition against Duck ...
Join the conversation
comments powered by Disqus
News updates