Turnbull takes his Elizabethan Australia back to the same-sex plebiscite

In keeping with its regressive policy platform, the Turnbull Government has taken Australia back to a bygone Elizabethan era, where sexuality raised blushes, rather than evoking freedom, writes deputy editor Michelle Pini.

JUST as we’ve only had 116 years since Federation to think about “progressive” issues, such as becoming a republic or scientific developments concerning climate change, assuming we can be responsible for whom we choose to marry is getting a little ahead of ourselves.

This is the unwavering position of our current Coalition Government led by Prime Minister Malcolm Turnbull — a politician who once espoused all of the above.

Raising the hopes of Australia’s gay community once again, recently self-described “Elizabethan” Malcolm Turnbull held an "emergency" Liberal Party meeting on Monday, 7 August, to discuss the future of same-sex marriage. Many could be forgiven for thinking the Coalition’s nonsensical position of holding a plebiscite – at a cost of $160 million – to rediscover the long-held and frequently polled public opinion on this issue, might be changed inside the secret discussions of this emergency Liberal Party meeting.

This possibility seems logical since former PM John Howard changed the Marriage Act to define marriage as a union "between a man and a woman" without a plebiscite, the last time around.

But the Liberal Party has managed instead to take Australia firmly back to an Elizabethan era, more in keeping with its regressive policy platform, where sexuality raised blushes, rather than evoking freedom.

Oh, but something has changed and it seems we aren’t paying the Turnbull Government the big bucks for nothing, as Minister for Finance Mathias Cormann, tasked with the job of breaking this momentous news to the media, emerged from the Liberal Party room with the announcement of a “plan”.

No, the plan did not involve decisive action. No, the plan was not about upholding the majority stance on marriage equality. Nor did it involve the much hoped-for (and far cheaper) conscience vote in Parliament.

And no, the plan was not a leadership spill producing a new PM with backbone.

The plan, it seems, is more of the same — for if there’s one thing no one can say about this Abbott/Turnbull Government it’s that it lacks tenacity on its never-ending mission to tell the electorate what it needs. And what we, the voters, apparently need is for the Government to follow its Groundhog Day plan and take the plebiscite fiasco back to the Senate.

So, in a sudden burst of urgency, the same-sex plebiscite bill, which was unceremoniously dumped the last time, is being regurgitated in the hope that the Labor Party and the cross bench have all been convinced by the same arguments – which they previously rejected – and now wish to follow the Coalition on its merry backwards path.

Of course, if this doesn’t work, the Coalition has come up with the brilliant fallback position of a postal plebiscite – at a cost of (only) $120 million – because after #NotMyDebt, #CensusFail and #Mediscare, a new statistical project seemed like such a good idea.

This dogged commitment to delivering a non-binding plebiscite to rediscover what is already known is, according to the Liberals, so that they "honour" their election promise. Now, I think I speak for many Australians when I say there have been a few other forgotten promises that they may choose to fulfil first. Let's see, there's paid parental leave, reducing carbon emissions, no cuts to the ABC, health, pensions or education ... the list goes on.

Humbug: Liberal Party politicians talking about how important it is to keep their election promises. pic.twitter.com/fbavGMwG2i

Keeping a straight face, Malcolm Turnbull blamed the Labor Party for the fact that same-sex marriage has not yet been legalised. Well, as long as we're blaming Labor for the Government's failure to deliver on its promises, perhaps the Coalition could make good on those student laptops from circa Kevin07?

But while this Government's frankly idiotic stance on this issue will probably lead to its downfall, in the meantime it continues to add insult to injury for 11 per cent of our citizens who identify as LGBT+, as they are repeatedly given the message with each pronouncement of plebiscites and every debate about the "sanctity" of marriage that they are not equal to the rest of us.

In fact, 80 per cent of LGBT+ people suffer bullying, are three times more likely to suffer depression and many hide their sexuality or gender identity, while children of same-sex unions are growing up believing their family is not "normal". 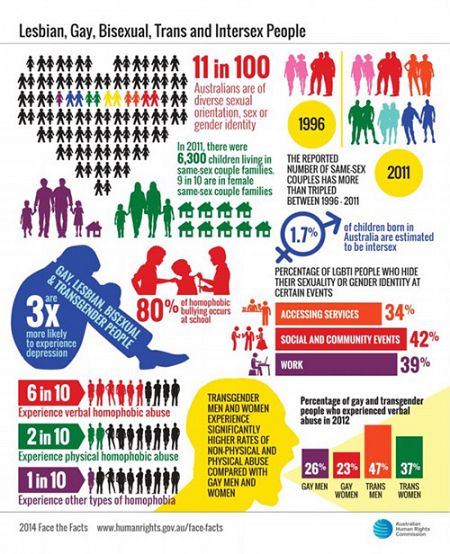 Meanwhile, the following countries have quietly gone about their business and simply left the question of marriage up to those wishing to be married (listed in order of year of legislation):

Of course, we don’t take our advice from other nations – except when we follow them to war – so we won’t be having any of those newfangled ideas here!

Original cartoon by Mark David is published with permission. You can see more cartoons from Mark on his website Mark David Cartoons or follow him on Twitter @mdavidcartoons.

"A non-binding, non-compulsory postal vote is complete BS.. Pull your fingers out in Canberra and get on with it.."- @karlstefanovic #9Today pic.twitter.com/DZOnfNZZyx

Will same-sex marriage dethrone Turnbull and the Coalition? https://t.co/UtXFoVPu3c @IndependentAus

As Australia's government continues to twist itself in knots over gay marriage, its citizens are losing patience https://t.co/ZXDqBJto2T