Trump’s demise signifies a powerful rejection of the use of false narratives that create alternate realities and there's a message here for Morrison, writes Dr Jennifer Wilson.

U.S. President Donald Trump is a goner whether he cares to acknowledge that reality or not.

To be fair, a reality television star such as Trump once was is likely confused about the nature of reality, given that he’s spent years pretending a TV show is real when it obviously is not. He went on to conduct his term in the White House as if it was a mere continuation of his previous career, plus the bonus of nuclear codes and untrammelled power over just about everyone. Nobody could kick him off his show, and he has signally failed to grasp the fundamental principles of democracy during his incumbency, the exercise of which has seen him kicked out now.

Needless to say, he is not taking rejection well, refusing to concede and ordering a string of litigious actions that he hopes will turn things around for him.

This momentous electoral event, gifted to us by the year 2020, which to date has been appalling but has now begun to redeem itself, is a clear signal to leaders such as Australian Prime Minister Scott Morrison and UK Prime Minister Boris Johnson, both of whom emulate Trump’s penchant for mendacity, that a majority of citizens will only take so much enforced fake reality before they bite back.

It is indeed a remarkable time when the leaders of three member countries of the core Anglosphere have in common a talent for lying we could be forgiven for interpreting as pathological. As I observed earlier this year. 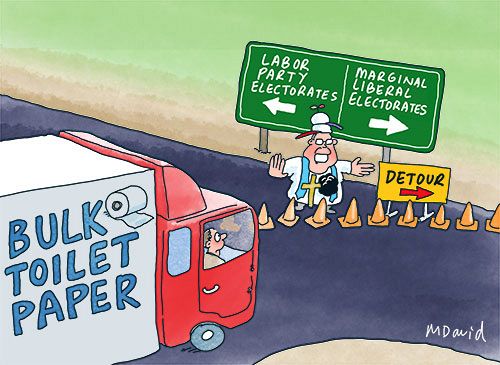 The coronavirus and Morrison's 'trust me, I'm the PM' approach

In the absence of leadership when we most need it, it is not surprising that people are resorting to stockpiling toilet paper, writes Dr Jennifer Wilson.

In Morrison we have a man who not only engages in obfuscation and lies, he does it when nobody can see any reason for the behaviour, which must be a symptom of a certain psychological eccentricity. Politicians lie – this is a given – but surely only the most incompetent politician lies when they don’t have to.

Trump and Johnson also lie when they don’t have to. Truth is an unknown country for these men. Truth could not matter less. What are the odds of having three of them as world leaders at the same time? And yet, here we are.

Perhaps it was Trump’s denial of the severity of the COVID -19 pandemic in his country that tipped the weight of public opinion enough to oust him from his incumbency. The President went on to lie about his lies about the virus when challenged, lifting his talents to the meta-level while Americans fell ill and died in their hundreds of thousands, entirely unremarked upon by their President.

Who knows what finally exasperated a majority of Americans beyond endurance & drove them to the ballot box in numbers rarely before recorded?

Perhaps, as is becoming evident in Australia, people in the U.S. are so sickened by the lies, obfuscation, spin and manipulation foisted upon them by their elected representatives that they really aren’t going to take it anymore. The U.S. under Trump led the way into a labyrinthic rabbit hole of layered deceit seldom seen outside of propaganda handbooks employed by despots to destabilise and control their populations, and the U.S. is now leading us out of it.

Take note, Mr Morrison. You are no longer emboldened by Trump. From now on, you will only look foolish, dishonourable and dated when you mimic his methods. We will punish you, emboldened as we now are by his downfall.

Morrison has a fraught relationship with reality as we know. He has been described as "Trumpian" in his ability to lie with impunity ever since Trump came on the scene. In fact, Morrison was lying well before he became Prime Minister and well before Trump legitimised this method of governance. As Crikey's Bernard Keane has observed, it’s quite a feat to stand out as a liar in Australian politics, but Morrison has achieved this dark goal.

Morrison’s immediate response to U.S. President-Elect Joe Biden’s commitment to setting a target of net-zero emissions by 2050 and a carbon-free energy sector by 2035 is defiant, nationalistic and parochial. Morrison vows that any change wrought by Biden will be ignored by him, giving as his reason Australia’s right to set our own targets, regardless of what happens in the rest of the world.

There is no co-operation in Morrison’s position. There is no sense of mutual responsibility for global welfare. It is an isolationist stance — and it is pure Trump.

Trump’s demise signifies a powerful rejection of the use of false narratives that create alternate realities. In what we hope will be one of the last examples of this self-serving practice, Trump has, over the last 48 hours, constructed a narrative in which he claims he has been cheated of the presidency by illegal votes, media election interference, suppression polls and election rigging. There is absolutely no basis for these claims. He is garnering little support from his fellow Republicans in his maniacal pursuit of his fantasy. Media networks are cutting away from him during interviews. Twitter is monitoring his tweets. He’s a loser now and the GOP neither want nor need him.

Scott Morrison has been asked if Australia will join Joe Biden and embrace net zero emissions by 2050, as pressure mounts on the Australian government to act on climate change by global leaders #auspol pic.twitter.com/rXcB56MMP7 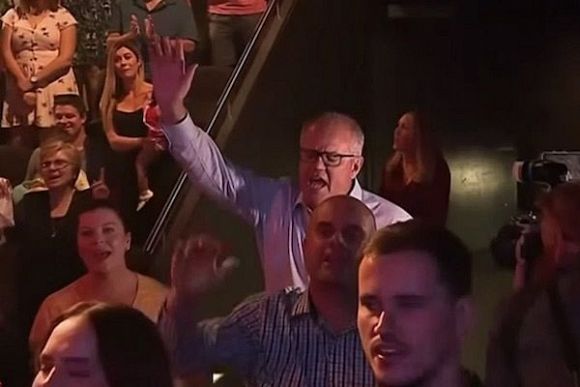 It should surprise no one that a man steeped deep in an apocalyptic cult should demand that everyone else act as if his reality is the norm.