SUBSCRIBE   DONATE LOGIN SHOP
SUBSCRIBE   DONATE
How we prevented a Morrison dictatorship
How Howard screwed the Libs
U.S. site tries to ruin what makes fairy bread great
Bloody Idiot of the Week — Episode 28: Get used to it
Morrison's 'politics of retribution'
International Opinion

On December 10, President Donald Trump announced that the U.S. would recognise Morocco's claim to Western Sahara in return for it establishing diplomatic relations with Israel.

Western Sahara is a territory considered by the United Nations (UN) as Africa’s last colony, whose people are entitled to the right to self-determination.

Trump’s decision is contrary to what the International Court of Justice concluded in 1975: that Morocco did not have any claim to territorial rights in Western Sahara.

Much of the U.S.' diplomacy in Africa and standing in the world has been damaged by the announcement on December 10 as Trump upended a longstanding bipartisan U.S. policy on Western Sahara that has stood the test of time. 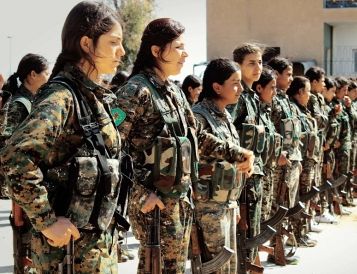 Betrayal of Kurds one of Trump’s gravest errors

'It would appear that the United States of America, which was founded first and foremost on the principle of self-determination, has walked away from that principle regarding the people of Western Sahara. This is very regrettable.'

'... [a] foolish and ill-considered decision flies in the face of the U.S. commitment to the principles of the non-acquisition of territory by force and the right of peoples to self-determination.'

Responses to Trump’s surprising and controversial announcement have been quick to come from different parts of the world. The UN, the African Union, the European Union and many other nations have all reaffirmed that their positions on Western Sahara remain unchanged and that they support the right of the people of Western Sahara to self-determination.

Many around the world have realised that Trump’s announcement sets a dangerous precedent and gives the green light for any despot or expansionist regime to grab the territory of another country by force. This would have a negative impact on international order and stability, in a world that is already facing many challenges.

Trump’s decision seriously damages the credibility and reputation of the United States as a permanent member of the UN Security Council entrusted with the maintenance of international peace and security. The U.S. is the pen-holder of resolutions on Western Sahara. It is supposed to seek consensus before their adoption by the Council.

Trump’s announcement comes at a time when the Northwest Africa region is facing serious challenges following the resumption of hostilities in Western Sahara last month. Trump’s decision is likely to increase further the tension in the region. 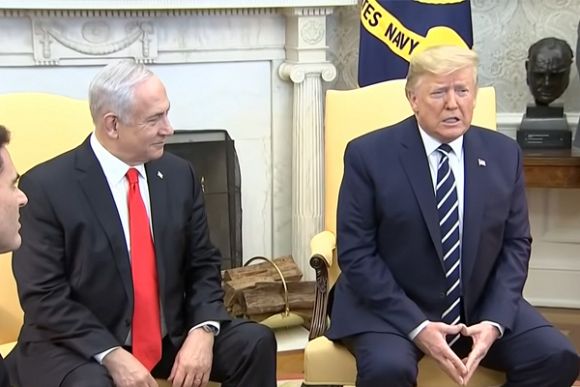 Trump’s ‘Deal of the Century’: Delivered to be rejected

Donald Trump's Middle East peace plan contravenes international law and only serves to help both he and the Israeli Prime Minister to be re-elected.

On November 13, Morocco moved its army out of the heavily garrisoned sand "berm" that partitions Western Sahara, into an UN-patrolled buffer strip. Morocco’s military operation objective was to chase out Saharawi civilians protesting peacefully to call for a closing of an illegal frontier crossing at Guerguerat and demand an UN-promised referendum which had been promised to the Saharawi people almost 30 years ago.

This was after a long war for independence that begun against Spain and continued against Morocco after Spain’s withdrawal in 1975.

With last month's armed incursion into the UN-monitored buffer strip at Guerguerat in the southern part of Western Sahara, a fragile ceasefire ended, one that had held since 1991.

Morocco’s violation of the ceasefire at Guerguerat is the latest of many violations met by inaction from the international community. Such passivity reinforces a message to the people of Western Sahara that they've been ignored and seemingly abandoned.

The regime manages to get away with such serious violations, thanks to France which uses a veto power in the UN Security Council to protect what it still considers as its chasse gardée.

As we face the prospect of a long war, we still hope for a just and lasting peace. As a peace-loving people, we desire no war, but we have been left with no alternative but to return to the legitimate struggle to achieve our inalienable rights and freedom.

The people of Western Sahara have determined afresh to take their destiny into their own hands while offering, as they always have, to engage in meaningful negotiations of a just and lasting peace.

What has become a return to armed struggle in Western Sahara should predictably pressure Morocco to cooperate with the UN and achieve real peace. That is because the missing link in the past three decades has been the absence of tangible pressure on Morocco until now allowed to thwart the UN Settlement Plan. Another means of pressure, one shown to have contributed to the end of Apartheid in South Africa, will be to impose sanctions against the regime in Rabat.

Here, it can be recalled Morocco's responsibility is for what is an act of aggression, invading and occupying Western Sahara and otherwise violating UN resolutions and settled international law.

The Frente Polisario, as the democratic and legitimate representative organisation of the people of Western Sahara, has cooperated with the UN in its efforts to achieve lasting peace in the region and a decolonisation process on the UN agenda since 1963.

Instead of rewarding the Saharawi people for their patience in both war and peace, some permanent members of the UN Security Council have seemingly favoured Morocco.

This sends the wrong signal to those involved in a conflict, that might is right and good behaviour shouldn't be rewarded. The latest signal of approval of such misbehaviour is the outgoing Trump’s Administration's announcement that it would recognize Morocco's illegal occupation of Western Sahara.

This flies in the face of what Morocco itself agreed to as matter of the Settlement Plan. Moreover, it's entirely contrary to what the International Court of Justice held in 1975. Much of U.S. diplomacy in Africa has been damaged by Trump’s recent announcement.

We’re hopeful that the U.S. President-Elect Joe Biden, a man of integrity, familiar with the legacy of colonialism in Africa and well-versed in foreign policy, will have a positive influence on self-determination in Western Sahara. A just and lasting solution – one in conformance with long-established human rights and international law – in Africa's last colony will reliably contribute to stability in Northwest Africa.

Australia, as a middle power, is well placed to contribute positively to UN efforts to organise a referendum of self-determination in Western Sahara. It has experience in dealing with similar issues from its involvement in East Timor.

Australia has played a positive role in peacekeeping in Western Sahara and Australian soldiers are still remembered with admiration for their professionalism and spirit of mateship. A total of 219 Australian military, mostly from the 1st Signal Regiment, took part in the United Nations peacekeeping mission in Western Sahara, primarily providing communication support to the UN staff in the Territory.

Peace in the important region of Northwest Africa serves the interests of all members of the international community.

All states have a legal interest in the protection of international legal order and the UN Charter and its resolutions.

Kamal Fadel is the Polisario/Western Sahara Representative to Australia.