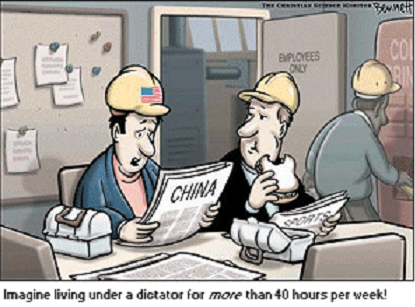 Industrial Relations – from adversity to workplace democracy and productivity?

IN 2006, MELBOURNE UNIVERSITY was awarded a significant grant by the Australian Research Council to study the state of play in the area of employee share ownership (ESO) in Australia. Three relevant academic units within the Law School jointly tackled the Project. It published its findings in 2007 and 2008, covering two areas: listed and unlisted companies.

This was certainly the most exhaustive research undertaken in Australia. The first Government Inquiry undertaken by the Nelson Committee, in 2000 – Shared Endeavours – should also be mentioned, as well as two surveys done in 2004. The first study, commissioned by the Department of Workplace Relations’ Employee Share Ownership Development Unit (ESODU), was conducted by TNS Social Research, ACT. The Australian Bureau of Statistics (ABS) did the second. All three were incorporated in the Melbourne University study.

So, what were the main conclusions of the Melbourne Law School’s research and what effect has this research had on Government policy?

First, while the incidence of ESO in Australia remains lower than in the UK and the USA, it is on the increase in listed companies. Second, Australian companies appear to view employee share ownership in terms of potential benefits to organisational culture and workplace relations. Third, an ESO plan (ESOP) is much more likely to be found in larger and publicly listed companies, companies with offices overseas and in certain industry sectors. Finally, employee share ownership is more common among full-time employees and among employees with higher weekly earnings.

Lack of a ready market for disposal of employee shares was seen as a major (tax) problem, amongst many other issues.

There were several recommendations for Government, especially in relation to unlisted companies, concerning easing complexity, restrictiveness of eligibility (maximum 5 per cent holding), tax discounts and the cost of launching a prospective.

The study found that


'...the position in both the UK and the US appears to be a more favourable regulatory regime than in Australia, both in relation to corporate and also tax requirements.'

The principal researcher, Assoc Prof Ann O’Connell, made several (tax) recommendations based on equity, efficiency and simplicity and concluded:


'It is important to recognise that the legislation has become so complex and difficult that nothing less than a complete rewrite will suffice. In this part, four proposals will be considered as a basis for new regulation in this area. These proposals seek to achieve a balance between the notion that ESOPs are about both remuneration and investment. Another important point to note is that regulation of companies has become so burdensome that many businesses in the small to mid-market level do not view a company as the optimal operating structure. Consideration may also need to be given to other reasons why many mid-tier businesses do not utilise the employee share scheme provisions.'

However, the ALP federal Government has not responded as yet by introducing a more favourable regime. Given the expressed views that the organizational culture of companies would improve through ESOPs, this is surprising. The party’s outlook appears to be held back by the notion that employee share schemes have generally been used to augment executive incomes at the expense of other employees. Time to move on really.

Both in the areas of workplace democracy and ESOPs, other countries have specifically introduced institutional frameworks for participation. From Mondragon in Spain to Ricardo Semler’s Semco in Brazil this policy has proved convincing as a productivity driver.

In terms of participation in decision-making, a large number of European countries have introduced legislation since the mid-1950s and, in most cases, have widened the application of these acts repeatedly ― especially in Germany, the Netherlands, the Scandinavian countries and others. Enterprise Councils, with far-reaching advisory powers and staff representation on corporate boards, have been common in Europe for decades. In the Netherlands, for example, the establishment of an Enterprise Council for an enterprise with at least 50 employees is mandatory. Such a Councilshall be directly elected by the persons working in the enterprise from their own ranks by secret written ballot from one or more lists of candidates.

Such European institutions have been studied, reported on and advocated regularly by at least a dozen well-known Australian scholars and union leaders. Their advice has not been heeded by Governments, in spite of their being some excellent local models ― such as Fletcher Jones and Staff and Lend Lease. In these cases, the enlightened entrepreneurs’ personal philosophies drove the development. Most of the examples overseas, with some exceptions, e.g. John Lewis & co, have been introduced following appropriate legislation. In the UK recent Nuttall Report, July 2012, the right to requestESO schemes has been strongly advocated.

If the Australian Government, employers’ organisations and unions are serious about progressing productivity in the workplace, as distinct from continuing the customary adversarial IR tug-o-war, effective legislation is what is required now.

In this context the recent announcement by Workplace Relations Minister Bill Shorten that $12 million in budget funding had been earmarked for a Centre for Workplace Leadership is most encouraging. Shorten said that “the most productive workplaces are those that have an engaged and empowers workforce”. He also said that he wanted “to have a broader debate about productivity”.

However, it is the combination of share ownership schemes and effective employee voice that provides the productivity boost in particular. The US Professor Joseph Blasi, addressing a conference organized by the Australian Employee Ownership Association in Sydney (November 2010) made this point emphatically. He discussed profit sharing, gain sharing and employee share ownership schemes. Employees involved in such schemes often also had the following benefits:


Of course, as a number of politicians and commentators have pointed out just recently here, productivity is indeed a complex issue comprising multiple factors.

For example, one would have to ask what kind of motivation is achieved with the average employee when executive salaries go through the roof and are, in some instances, between 50 and 100 times average employee rewards?  The bonuses that are paid to some CEO’s, some of whom have not even performed well, can hardly result in productive attitudes by employees. As a matter of fact the Productive Commission’s Inquiry into these insane reward practices, in 2009, only resulted in some quite disappointing recommendations to strengthen the power of shareholders. The entire notion of Fair Work in such a situation becomes laughable. Interesting to note that productivity has actually declined over the same period as executive salaries have risen and risen.