PM Abbott knows he must significantly weaken the union movement before he can bring back WorkChoices — which is why he needs a union witch hunt, writes Sally McManus.

Prime Minister Tony Abbott and his new Coalition Government have long planned a Royal Commission into the union movement.

This was not, of course, a policy that the Coalition took to the 2013 election.

Such a naked attack would have ‘scared the horses’, exposing what the Coalition has been desperate to hide — its plan to reinstate WorkChoices.

Instead, the LNP took to the election plans for a single judicial inquiry into allegations, now decades-old, about a ‘slush’ fund once run by officials from the Victorian branch of the Australian Workers Union. The Murdoch press hounded Prime Minister Gillard about her involvement long after the public lost interest in this issue and even after nothing substantive eventuated.

Of course, this judicial inquiry was always intended as a stalking horse for a later and much wider inquiry.

The Prime Minister and his Minister for Workplace Relations, Eric Abetz, needed some trigger to justify a broader Royal Commission into trade union activities. The Government might have seized on any leads from their planned judicial inquiry.

Then, suddenly, came this week’s allegations.

Fresh from his skiing holiday in France, the Prime Minister could barely contain his excitement at these new claims. In a piece of political theatre, Mr Abbott contrived the necessary haste, gravity and purpose required to prepare the groundwork for a Royal Commission into ‘union corruption’. Such an inquiry is likely to have such a broad brief that it will investigate activities across the entire union movement.

Let’s look at the Cole Commission’s record of achievement.

The Commission’s investigations led to not one single prosecution of a union official or delegate.

Yet the Murdoch press routinely dragged the affected individuals and their unions through the mud. And not surprisingly, the unions targeted by the Commission had to divert time and resources (very considerable legal fees) to defend their representatives.

Innocent people had their reputations smeared and lives shattered. Unionists who had dedicated their lives to standing up for others were subject to intensive investigation and periods of cross-examination in the witness-box and they had their faces splashed on the front pages of newspapers and on TV news.

Despite the Cole Commission’s failure to find corruption, the Howard Government used the Commission to set up a special police force for the building industry, which the Abbott Government is now bringing back—the ABCC. With little to do, the ABCC became little more than a menace to building workers, spending their time harassing rank and file union members.

So, why is the Coalition such an eager instigator of royal commission witch hunts?

Such commissions represent a ‘win-win’ for conservative governments keen to attack unions. There does not need to be any wrong-doing for the labour movement to be forced to divert time, money and organisational resources into defending their unions, their volunteer delegates and their leaders. And such a distraction couldn’t come at a better time, with the Coalition planning to impose an aggressive austerity program on working people, to dismantle Medicare, and to resume their attack on workers’ rights.

A wide and extensive inquiry might deliver additional benefits if it was to somehow cast doubts on the Federal Labor opposition through its union links.

But here’s the irony.

My guess is that corrupt practices occur in Australian unions on a lesser scale than those that take place across other institutions in Australia, such as sporting clubs, charities, governments, and political parties. Serious corruption tends to follow the circuits of money and power. The union movement does not represent the rich and powerful and we are not the rich and powerful. What goes on behind those closed doors is something about which most Australians know little — but we can be assured that a Coalition Government would never subject these elite interests to the investigative intrusions of a Royal Commission.

But, of course, Abbott’s Royal Commission is not about corruption. It is purely political strategy.

The Coalition wants to nobble the union movement, delegitimising it in the eyes of the Australian public. Despite the continuing efforts of the right-wing media and conservative governments, Australians continue to support and see the need for unions. Australians also believe we are better off as a country for their presence and activity. This ongoing public respect is an endless irritation to CEOs and the Coalition, who want an American-style labour market with little protection for workers and who gave Australia a taste of such reforms with WorkChoices.

An active and popular union movement continues to be the biggest obstacle to a complete return to WorkChoices.

More than a ploy to distract unions, Abbott’s Royal Commission is designed to break the public’s trust in unions. And, on his side in this crusade will be the union-hating Murdoch press. This year will have its fair share of screaming anti-union headlines. Every little bit of mud ‒ true or not ‒ will be thrown.

In America, business tactics achieved something similar, achieving permanent damage through ‘mafia stories’ carried by pro-business media. The goal was to discredit unions as institutions for working people and for justice.

As a young organiser, I worked with US unions during campaigns that often involved door-knocking workers. To my surprise, I was frequently asked about “the mafia” —even though the union doing the door-knocking had zero mafia connections or history.

I remember, at the time, feeling relieved that, as Australian trade unionists, we did not have to contend with this kind of smear and suspicion. And so, if Abbott’s Royal Commission taints the reputation and trust of Australian unions in a similar way, then his work for his CEO supporters will have been done.

The Royal Commission is one important step in Tony Abbott’s strategy to bring back WorkChoices. Conservatives and business learnt an important lesson in 2007 — the labour movement in Australia is still capable of stopping the Americanisation of our working rights.

This time round, Abbott knows he must significantly weaken the union movement first. And that is what this proposed Royal Commission is designed to do.

Sally McManus is the Branch Secretary of the Australian Services Union, NSW & ACT. You can read more by Sally at sallymcmanus.net or follow her on Twitter @sallymcmanus. 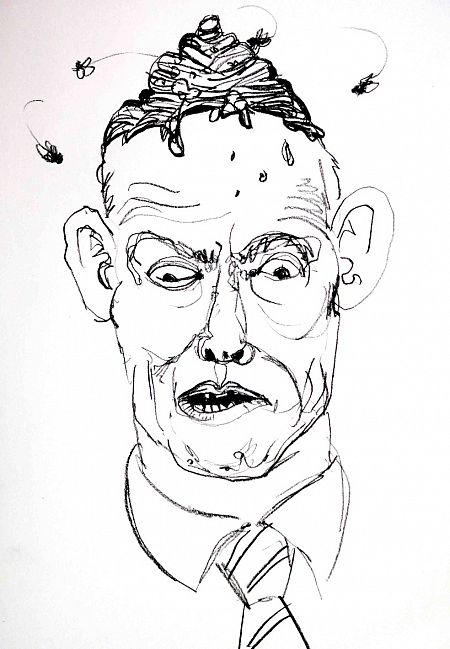 31 January 2014, 6:30am PM Abbott knows he must significantly weaken the union movement before he can bring ...

8 January 2014, 11:30am Tony Abbott has been in power since 7 September 2013; from that moment, he and his ...
Join the conversation
comments powered by Disqus
News updates