Tony Abbott has been in power since 7 September 2013; from that moment, he and his government have broken promises and caused chaos, hurting Australians and damaging our economy and international reputation, writes Sally McManus.

Each separate item below has a link to a source. Broken promises appear in bold, as well as in a separate list at the end.

74. Fails to contradict or take any action against a member of his government, Senator Cory Bernardi, who makes divisive statements about: abortion, “non-traditional" families and their children, same sex couples, couples who use IVF and calls for parts of WorkChoices to be reintroduced — 6 January 2014.

73. Devastates Australia’s contribution to overseas aid by cutting $4.5 billion from the budget, causing vital programs supporting those in extreme poverty in our region to collapse — 1 January 2014.

70. Appoints Tim Wilson, a Liberal Party member and policy director of right-wing “think tank” the Institute of Public Affairs to the position of commissioner at the Human Rights Commission, even though the IPA had been arguing for the Commission to be abolished — 23 December 2013.

68. Fails to provide the promised customs vessel to monitor whaling operations in the Southern Ocean — 23 December 2013. 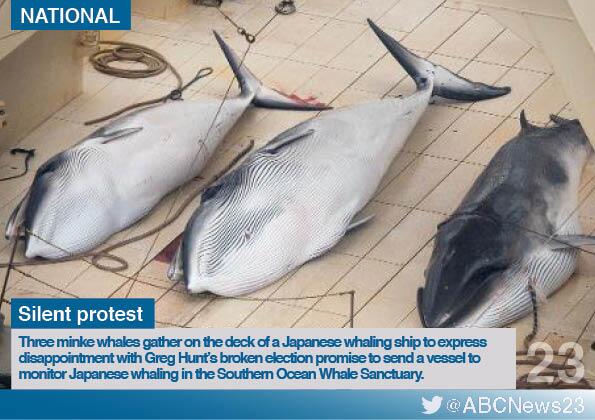 65. Defunds the Public Interest Advocacy Centre whose objectives are to work for a fair, just and democratic society by taking up legal cases public interest issues — 17 December 2013.

64. Defunds the Environmental Defenders Office, which is a network of community legal centres providing free advice on environmental law — 17 December 2013.

60. Abolishes the position of co-ordinator-general for remote indigenous services — 17 December 2013.

58. Abolishes the National Office for Live Music along with the live music ambassadors — 17 December 2013.

54. Scraps the COAG Standing Council on Environment and Water — 13 December 2013.

53. Breaks its NBN election promise of giving all Australians access to 25 megabits per second download speeds by 2016 — 12 December 2013.

47. Removes the community’s right to challenge decisions where the government has ignored expert advice on threatened species impacts — 9 December 2013.

42. Suspends the Wage Connect program, despite it being proven to deliver good outcomes for unemployed people — 3 December 2013.

41. Axes funding to the Alcohol and Other Drugs Council of Australia, forcing the 46 year old organisation to close — 27 November 2013. 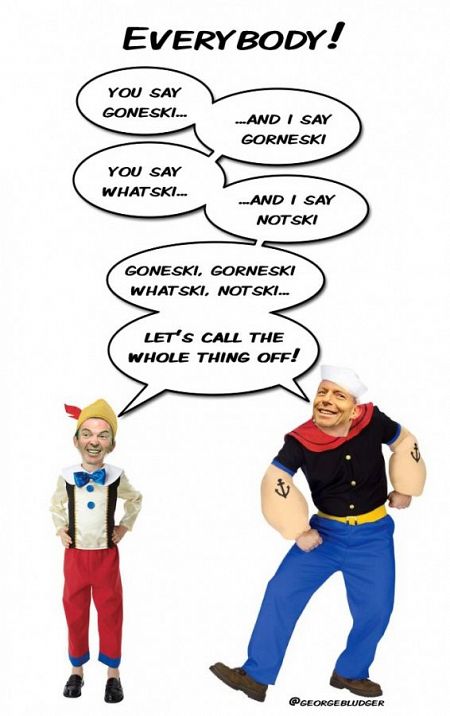 40. Back-flips twice on the ‘Gonski’ education reforms, reversing a commitment to a ‘unity ticket’ and failing to deliver equitable education funding — 25 November 2013.

39. Shifts Australia’s position at the UN on Israeli settlements — 25 November 2013.

38. Damages our diplomatic relationship with the Indonesian Government by refusing to apologise for tapping the phones of their President, his wife and senior Government officials — 23 November 2013.

35. Introduces a Bill to impose on workers who are elected onto unpaid union committees huge financial penalties and jail terms for breaches of new compliance obligations — 14 November 2013

33. Hides information from the Parliament and the people about the government’s treatment of asylum seekers — 13 November 2013.

29. Abolishes the Maritime Workforce Development Forum, which was an industry body working to build a sustainable skills base for the maritime industry — 8 November 2013.

28. Abolishes the High Speed Rail Advisory Group, whose job it was to advise Governments on the next steps on implementing high speed rail for eastern Australia — 8 November 2013.

27. Abolishes the Advisory Panel on the Marketing in Australia of Infant Formula, which for 21 years monitored compliance of industry to agreements on marketing infant formula — 8 November 2013.

26. Abolishes the Antarctic Animal Ethics Committee, who ensured research on animals in the Antarctic complies with Australian standards — 8 November 2013.

25. Abolished the National Steering Committee on Corporate Wrongdoing, that for 21 years worked to make sure the law was effectively enforced on corporate criminals — 8 November 2013.

22. Abolishes the Commonwealth Firearms Advisory Council, a group of experts in gun crime and firearms which was set up after the Port Arthur massacre — 8 November 2013.

(Image by David Olive via sallymcmanus.net)

19. Abolishes the Advisory Panel on Positive Ageing, established to help address the challenges the country faces as the number of older Australians grows — 8 November 2013.

18. Refuses to offer support to manufacturing in Tasmania, despite requests and warnings. Caterpillar announces the move of 200 jobs from Burnie to Thailand, costing about 1,000 local jobs — 5 November 2013.

15. Launches a successful High Court challenge, which strikes down the ACT Marriage Equality laws, invalidating the marriages of many people and ensuring discrimination against same-sex couples continues — 23 October 2013.

14. Denies there is a link between climate change and more severe bush fires and accuses a senior UN official was “talking through their hat” — 23 October 2013.

13. Appoints the head of the Business Council of Australia to a “Commission of Audit” to recommend cuts to public spending — 22 October 2013.

10. Axes the Major Cities Unit, a Government agency with 10 staff set-up to provide expert advice on urban issues in our 18 biggest cities — 24 September 2013.

8. Scraps the Social Inclusion Board, which had been established to guide policy on the reduction of poverty in Australia — 19 September 2013.

5. Appoints only one woman to his cabinet and blames the women for the decision, saying he appoints “on merit” — 16 September 2013.

3. Breaks his promise to spend his first week with an Aboriginal community — 14 September 2013.

1. Does not spend his first week as Prime Minister with an Aboriginal community — 14 September 2013.  This promise was made in front of indigenous elders and participants at the Garma Festival on 10 August 2013:

2. Fails to “stop the boats”. Hides the boats instead — 23 September 2013. This promise was repeated many, many times. For instance, here’s Abbott’s 2013 campaign launch speech.

4. Breaks NBN election promise of giving all Australians access to 25 megabits per second download speeds by 2016 — 12 December 2013. This was the Coalition’s policy they took to the election, first announced 9 April 2013.

5. Changes name of  NDIS “launch sites” to “trial sites” and flags cuts to funding — 17 December 2013. The promise to deliver the NDIS in full was made 20 August 2013 and is in the policies they took to the election.

6. Fails to provide the promised customs vessel to monitor whaling operations in the Southern Ocean — 23 December 2013. Promise made by Greg Hunt 9 April 2013.

Thanks to The Greens whose research in 100 days, 40 failures: A Preview of secretive, cruel and chaotic Government provided the initial material for this project.

Sally McManus is the Branch Secretary of the Australian Services Union, NSW & ACT. This post was originally published on sallymcmanus.net and Sally says she will regularly update it there to keep track of the Abbott Government’s disasters and broken promises. You can also follow Sally on Twitter @sallymcmanus.

31 January 2014, 6:30am PM Abbott knows he must significantly weaken the union movement before he can bring ...

8 January 2014, 11:30am Tony Abbott has been in power since 7 September 2013; from that moment, he and his ...
Join the conversation
comments powered by Disqus
News updates