Time for Opposition to stop just saying "No" 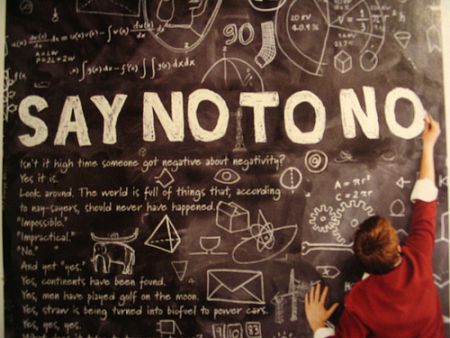 The Opposition should standing in the way of the Government and immerse themselves in policy creation to sell to the Australian public at the next election in 2013, says Shaun Newman.

What a sad little party/parties the federal opposition are. With all the challenges in the 21st century that face this nation the Coalition focus upon a few hundred poor souls fleeing torment and torture by boat.

We have a great economy, the envy of the western world; we have low unemployment around 5 per cent which is seen by most economists as being full employment. A price on carbon will raise the cost of living by 0.7 per cent, for which most families will be more than adequately compensated, yet all we get from the opposition is the continuation of a scare campaign without alternate policies of any value.

For far too long the Liberal National Party has used these tactics, I remember as a child it was the yellow peril (China) then it was the red menace/reds under the beds (Russia) — we now trade happily with both these nations. The time has arrived for Tony Abbott to put up or shut up and allow the government of the day to conduct its business. The Liberal National Party was not elected in the last election a year ago; they should immerse themselves in policy creation to sell to the Australian public at the next election in 2013.