While many are quick to debunk 9/11 conspiracy theories, there are aspects of the disaster that seem inconsistent even in the most rational minds, writes George Grundy.

TWENTY YEARS ON from 9/11, I thought I could write a nuanced retrospective on the worst terrorist attack in history without focusing on the contradictions and inconsistencies that plague the story. I couldn’t do it.

I’m not alone. Just last month, Spike Lee was forced to re-edit his new documentary series on New York and 9/11. HBO didn’t like the final episode, which featured interviews with scientists who have publicly voiced doubts that the twin towers were destroyed solely by fires caused by aircraft impacts. Spike Lee is a highly respected Oscar-winning feature and documentary filmmaker, but it’s still not acceptable to even hint at questioning any aspect of the events of 9/11. In 2021, that remains beyond the pale.

Many of the issues with 9/11 aren’t in any way in dispute. It’s the contention of my 2017 book, Death of a Nation, that the towers fell because of explosives and that the Pentagon was clearly not hit by a commercial plane, but if that’s too much for you, there’s plenty of other material.

Last week, U.S. President Joe Biden ordered the release of previously classified files from the investigation into the 9/11 attacks, many of them detailing connections between the Saudi Government and the hijackers. We already know that there were substantial contacts between Saudi spies and the 9/11 hijackers, 15 of whom were Saudis.

One Saudi spy named Omar al-Bayoumi met two future hijackers off the plane at Los Angeles airport in January 2000, arranged for them to be put up in a flat for which he signed the lease and paid the rent, and regularly checked in on them. Why was a Saudi government official paying the rent of two 9/11 hijackers? 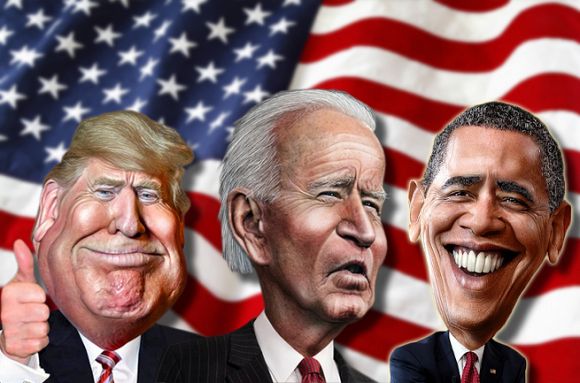 Biden might be opening a can of worms here. To expose further links between the Saudi Government and the hijackers might strengthen already plausible claims that the Saudis were deeply implicated in the events of 9/11, so the geopolitical implications of Biden’s move can’t be overstated. Given what we already know, and by America’s own definitions, Saudi Arabia should probably be designated a state sponsor of terror.

Equally worrying, from an establishment point of view, will be putting the spotlight back on the extensive links between the Bush family, the House of Saud and the bin Laden family. These were so pervasive that the bin Ladens had investments in a firm called the Carlyle Group, on whose board George H W Bush sat. Extraordinarily, as the attacks on 9/11 commenced, Osama bin Laden’s brother (Shafig bin Laden) was at a Carlyle business conference that the father of America’s President had attended the previous day. The degrees of separation between these two pre-eminent oil families are not great.

Then there are the hijackers themselves, mostly Saudis, mostly with poor spoken English, almost all exhibiting behaviour entirely unbecoming of pious jihadists prepared to give their lives for Islam. The pilots themselves seemed almost comically unqualified — Hani Hanjour, who was said to have carried out a brilliant technical manoeuvre in piloting a commercial plane into the side of the Pentagon, was unable to control a single-engine Cessna 172 just a few months before 9/11.

An Arizona flight school manager who dealt with Hanjour said: “He could not fly at all.” Cocaine, alcohol, gambling, strippers. Dreadful flying records. These were very unusual Muslim fundamentalists who somehow pulled off a daring raid with military precision.

There was a fifth plane due to have been hijacked. On the morning of 9/11, flight United 23 was delayed on the tarmac, so missed the crucial airborne commencement of the attacks and was returned to the terminal instead of taking off. During the taxi back, a number of Middle Eastern men in first class became agitated and fled the moment they disembarked. The two pilots had already taken steps to protect the cockpit. Both have impeccable professional credentials, so the story really isn’t in doubt. Somehow this part of 9/11 has just faded from view.

As Air Force One flew back from Florida to Washington, Vice President Richard Cheney told George W Bush that a threat had been made to the plane, one that contained top-secret code words and was thus being assessed as highly credible. The pilot of Air Force One, Colonel Mark Tillman, was told of the threat and an armed guard was posted on the door of the cockpit. This threat was instrumental in Bush being kept on an itinerant journey across America until nightfall on September 11, but it has never been fully explained how at the precise moment of the attacks, someone with access to top-secret codes made a credible threat on the life of the President. 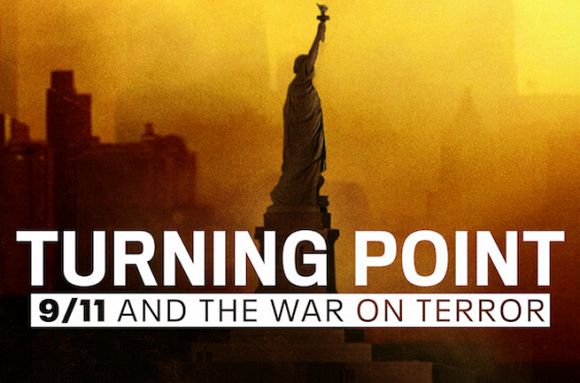 WHAT'S ON: Turning Point: 9/11 and the War on Terror — inside America's failure

While many of us remember the horror of the September 11 attacks, the story of why it happened and America's reaction is a fascinating history lesson.

The streets of New York were awash with TV news crews on 9/11, many of them interviewing people on their harrowing experiences at the World Trade Centre. There was a peculiar symmetry to the tales — firefighters, NYPD, reporters and civilians repeatedly said that there had been “secondary explosions” going off throughout the towers prior to their collapse. At least 118 eyewitness reports spoke of these explosions, yet this broad raft of testimony has been ignored by history. Today, it appears to be unacceptable to even reference what was widely broadcast on network television that day.

A third building fell in New York on 9/11. Tower Seven of the World Trade Centre was 47 stories high and fell some seven hours after the spectacular plane attacks. Strangely, the building’s collapse was announced on several TV networks minutes before it happened. The building fell suddenly, at freefall speed and in such a straight line downward that almost all the rubble collected in the footprint of the building.

Officially, the building fell because of fires ignited by the earlier attacks, but this makes it the only steel-framed building in history to collapse because of fire. This, too, has faded from view. A Zogby poll in 2006 found that nearly half of all Americans weren’t even aware that a third building had fallen on 9/11.

There’s much more. War games, including ones that normally took place at other times of the year but in 2001 all centred on September 11, confused air traffic controllers who responded to hijackings by saying “is this real-world or exercise?”

There was inaction by those at the top of government, including Donald Rumsfeld and Paul Wolfowitz – the two most senior defence civilians in America – who saw the second plane attack but concluded (to quote Wolfowitz): “There didn’t seem to be much to do about it immediately, and we went on [with a meeting].” A 9/11 Commission that is now routinely referenced as a template for how to deal with this year’s 6 January insurrection, but was ‘set up to fail’ according to its leaders. Largely forgotten anthrax attacks that kept America in a state of post-9/11 terror, but took seven years to explain and were finally blamed on a dead man.

Eleven years since 9/11 — and terror lives on

The day will come when 11 September is just another date on the calendar, writes Professor Greg Barton of Monash University, but that time is still some way off.

None of this is controversial. It’s barely in dispute. Extraordinary, often seemingly inexplicable things happened on or around 9/11 and that’s without getting into potentially more controversial aspects of the day, many of which are credibly supported by readily available information. For some reason, it’s okay to suggest that the Bush Administration routinely lied about Saddam’s weapons of mass destruction and was extraordinarily deceptive and belligerent in many of its actions after 9/11, but to question what happened that day makes you a tin-hat wearing lunatic whose voice simply can’t be tolerated.

On 6 January this year, another attack on America took place. Although the casualties were a mere fraction of those on 9/11, the insurrection this year perhaps equalled 9/11’s threat to American democracy. Rioters at the Capitol missed encountering senior political leaders by mere seconds. A noose was set up by an armed mob chanting death threats to the Vice President. Two pipe bombs miraculously failed to explode and a truck was found loaded to the hilt with weapons and Molotov cocktails.

Once again, an attack on America took place under a Republican President, whose Party is now overtly anti-democratic. This time the threat undoubtedly came from within. The pipe bombs were designed to go off just as the Capitol attacks were taking place. Donald Trump openly encouraged his supporters to riot. It may not be long before we can definitively say that America’s government attacked itself.

Children born on 9/11 are now 20. To young people, 9/11 may seem like distant history. Yet the effect of the attacks that day is still felt in those who grieve, the first responders whose health still suffers, in the politics of Iraq and on the streets of Afghanistan. It’s still there in America’s sprawling military-industrial complex, its 240,000 staff Department of Homeland Security, in the world’s airport security systems and in the West’s domestic spy networks as they collect everyone’s communications, ostensibly to keep us safe from another devastating attack.

9/11 is the one event when everyone remembers where they were. The attacks were an abomination, an immense human tragedy whose political effects are still felt today, a generation on. But they are not beyond question and you can be a very ordinary person and still believe that there is more to know on the subject.

George Grundy is an English-Australian author, media professional and businessman and author of 'Death of a Nation: 9/11 and the Rise of Fascism in America'.