James Ashby pretends to be Turnbull Minister Mal Brough's mate, but Ashbygate investigator Ross Jones says it is more likely he seeks to damage him. 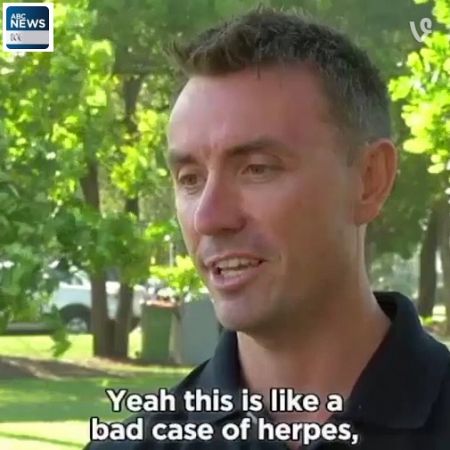 JAMES ASHBY pretends to be Mal Brough’s friend, but instead he has just gone out of his way to drop the under-siege Special Minister of State right in it.

Ashby tweets Mal is an upright guy and has no reason to stand down.

I can't fault Mal Brough for his involvement in my case. A morally strong bloke regardless of media accusations. #Auspol #MalBrough

He likened the sordid affair, in a beautifully-constructed sound bite, to "herpes", an affliction generally transmitted via intimate contact. It’s an image with traction.

The image of the search warrant initially published in The Australian on the day of the raids (though now not included in the article) served by the AFP on Brough, Doane and Ashby showed a finger with a chewed nail holding the document. Whose finger could that be?

It wasn’t an AFP officer, that’s for sure — and James does enjoy a good worry at his nails.

Ergo, I will go He if it was not James himself who sent the warrant to the media.

If so, the implications for the Government are profound. It is likely it has underestimated what it is up against.

James is a man with a proven fondness for hand grenades. He has a criminal record. 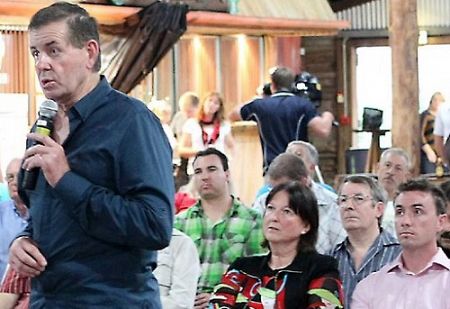 He has threatened to smear all a person all over the road. He snuggles in a Cessna with Pauline Hanson, talking turkey at 5000 feet.

Had the warrant not been photographed and circulated, the world would have been aware only that Mal had been "visited" by the AFP without the added juice of the specific accusations of breaches of the Crimes Act and Criminal Code. Tabloid stuff.

Why did James do it?

The only possible answer is to damage Brough.

Why would he want to do that?

Consider, James spilled some of the beans, just enough to generate excitement, to 60 Minutes.

Both Mr Roy and Mr Pyne declined to be interviewed by 60 Minutes. https://t.co/K5wIUJxBeW via @newscomauHQ

He deliberately implicated Roy and Pyne.

He could have just said: "No thanks, too busy for a media interview", but he said yes, okay. And he bought his diary. And his chewed fingernails.

This is not about Brough, he is simply a morally compromised patsy who was lured into over-grasping.

This is about the Liberal Party.

The book ASHBYGATE – published by Independent Australia, 2015 – will be officially launched at 10.30 am, 10 December 2015 at the Shearwater Resort, 79 Edmund Street, Caloundra. All are welcome. Refreshments will be served. You can purchase Ashbygate by clicking HERE.

Claims in parliament today by #ClivePalmer that #MalBrough tried procuring $200,000 for my legals wouldn't cover a 10th of what was spent.

Niki Savva on #Insiders said "no evidence" existed Brough did anything wrong, ignoring fact he ADMITTED it! #AusPol pic.twitter.com/HiVYynEKxR