The Queen, David Hicks and the Australian Government

With reports that the Director of Public Prosecutions is examining David Hick’s legal position regarding the royalties from his published memoirs, Barry Everingham explains his history with the Guantanamo Bay detainee.

Like many Australians, I was disturbed by the Howard Government’s callous disregard of the plight of David Hicks and the then ALP Opposition’s gutless acquiescence to it. I knew that writing to John Howard or Alexander Downer would be useless—both of them being in the thrall of George W Bush, and I assumed Hicks was where he was on the orders of the most intellectually challenged President ever to disgrace America’s White House. 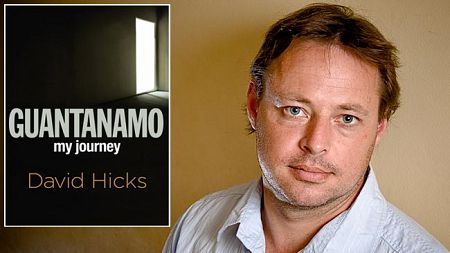 And writing to the then Governor General would get me nowhere; Howard had sidelined Major General Jeffery—one of Australia’s most gallant and highly decorated warriors. Where Jeffrey should have been when our troops left for overseas or were returning from combat, there was Howard—grinning like a Cheshire cat; he was like Lilli Marlene, always hanging around the barrack gates.

This left me no option. I wrote to Queen Elizabeth II, Australia’s head of state, asking her to intervene on David’s behalf. Her reputation as a woman of compassion and with a respect for the underdog had preceded her, so a letter was despatched.

Could, Your Majesty, I asked, do something for your Australian subject, David Hicks? I outlined to the Queen what he had been subjected to for the past five years, pointing out he had become a plaything for the brave US Marines charged with the torture of prisoners.

I told her that Howard, Downer and Ruddock were too gutless to intervene (I did – I have to admit – modify the language I used in the letter to the Queen, but her subsequent reply will indicate she got the message). My objective was to dob in the trio.

I reminded her that the request in our passports – and Hicks held one – on her behalf from her viceroy “to allow us to pass without let or hindrance” had in this case been totally ignored.

Well, six weeks later a thick envelope embossed with the royal coat of arms was delivered to me. In it was a letter written on the Queen’s behalf from her senior correspondence officer and it went as follows:


The Queen has asked me to thank you for your letter dated 12th December regarding your concern over the case of Mr David Hicks, who you understand is currently being held in Guantanamo Bay in Cuba.

I must tell you however that this is not a matter in which Her Majesty would intervene. Nevertheless, I have been instructed to forward your letter to the Right Honourable Margaret Beckett, MP, so that she may know of your approach to the Queen on this matter.

First. The Queen is Queen of Australia but the Hicks case was not a matter for her. I let that one through to the keeper...

But, the Queen sent my letter to the British Foreign Secretary, not to Lord Downer of Baghdad—had she not been told we are no longer governed by Whitehall? That Washington was in control of our foreign policy? Or had she been told about Downer the man? Or, perhaps, was it all of the above?

Not to be deterred, I wrote to Beckett outlining the concerns of millions of Australians about Hicks and pointed out the comfort her own utterances on the hideousness of Guantanamo Bay had given us.

I also asked if Howard, Downer or Ruddock had ever asked her who she approached in Washington to demand – successfully as it turned out – the return of those Britons who were in Guantanamo Bay on the orders of those ghoulish pair of warmongers, Cheney and Rumsfeld.

The reply to this letter came not from Beckett—instead it was written by Nicholas Jankowski of the Special Cases team in the Counter Terrorism Department of the Foreign and Commonwealth Office.

I had lived and worked in London over the years and retained what passes for good contacts in Whitehall, so I called someone I trusted and outlined the chain of events.

Mate, he said, you opened a can of worms—the letter you wrote to HM has been all over Whitehall. He told me the Queen had kept in the loop and intimated that Canberra had been informed as well, though he wouldn’t elaborate further.

Mr Jankowski was more forthcoming in his letter.

He wouldn’t comment on the Hicks case because, as he reminded me, there was an appeal before the British Courts on the lad’s citizenship application. Jankowski then proceeded to drop a huge bucket on the whole Guantanamo Bay process, describing it as “unacceptable” and reminding me that Tony Blair had already said it should be closed. (Blair by then, unlike Howard and Bush, was probably regretting getting involved in the first place in this “war on terror” crap, but that, as far as I’m concerned doesn’t excuse him or the other two for being tried in the future as war criminals.)

He said the British Government continued to raise humanitarian concerns about detentions at Guantanamo Bay with US authorities and would continue raising the concerns and work with the US to resolve the issues. He further pointed out the necessity of continued engagement by the US with the International Committee of the Red Cross, the United Nations and others on the issue of Guantanamo Bay.

Jankowski said the British Government “noted” the assurances given by the US Government on the issue of detainee treatment more widely and quoted the confirmation of the Secretary of State, Condoleezza Rice, that the US respected the rules of international law, including the UN’s Convention on Torture.

It really must have stuck in his craw wiring those words about the worst ever US Government in recent history.

David Hicks is again the centre of legal attention, which is a disgrace. He was dragged before a kangaroo court and “admitted” whatever it was the Americans wanted to hear. He was then released, but he is still watched and mentally tortured. To even think of depriving him of his due financial reward is repugnant and un-Australian.

The Queen’s reputation for fairness and concern for those less fortunate than herself is well known and she is a role model for those Australians who will follow her as Head of State when our country becomes a republic. If only the Australian Government will show similar traits when it considers whether to laden David Hicks with yet more unnecessary punishment.
POLITICS REPUBLIC AUSTRALIAN HISTORY INTERNATIONAL Alexander Downer Barry Everingham British Foreign Office British Government David Hicks Dick Cheney George Bush Guantanamo Bay John Howard terrorism
Recent articles by admin