THE LIBERAL PARTY is a very broad church — with some parishes being thicker than others.

Sections of the Liberal Party want to dump Senator and former Defence Minister Marise Payne from their Senate ticket in the interests of “generational change”, we read this week.

In other news, reported simultaneously in the same sort of outlets, the Liberal Party cognoscenti are eager to replace the just deceased Senator Jim Molan with former Prime Minister Tony Abbott.

Marise Payne is 58 years old; Tony Abbott is 65 — the statutory age of retirement.

The Liberal Party has a handful of women in their caucus and has been attacked for its treatment of women in Parliament. Tony Abbott once appointed himself the Minister for Women, despite being a lifelong misogynist. Even worse, he wasn’t even being ironic. When Tony Abbott thinks of irony, he probably thinks of the little woman at home, ironing his shirts.

Now, far be it from this publication to promote Marise Payne, she has done nothing very spectacular and probably done quite a bit of harm.

However, Tony Abbott literally reappointed knights and dames, then knighted Prince Philip. He was the worst prime minister Australia has ever had — at least until Scott Morrison rolled into power.

By any measure, between Abbott and Payne, it is the latter who has caused the least suffering.

At the last Federal Election, the Liberal Party suffered a humiliating defeat. It happened because in key seats held by so-called moderate Liberals, a group of independent women who wanted action on climate change and progressive social issues were enthusiastically endorsed by their electorates.

Tony Abbott lost his own seat in the previous 2019 Election to just such a woman. Zali Steggall.

According to the reports, it is a group of "moderates" within the Liberal Party who want to get rid of Payne.

Of course, when it comes to the Liberal Party, moderate is a very fluid term. Is there any left? And if there even is such a unicorn, would they really want to remove one of their only high-profile females?

Meanwhile, the Liberal Party mourn that great “patriot”, Jim Molan, the famous Butcher of Fallujah along with their beloved rock-spider George Pell, while their leader, Peter Dutton, talks down the Indigenous Voice referendum at every turn.

The Liberals don’t want generational change. But if they do, it isn’t into the future, but back to the glory days of the Party, the 1950s and ‘60s. 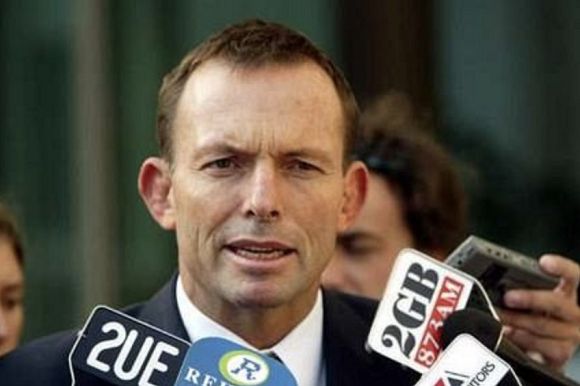