The financial and people links between the Liberal Party and their corporate sponsors is deep and profound, but nowhere more so than in the liquor and gaming industries, reports Peter Wicks from Wixxyleaks.

If there are two industries in need are need of a drastic overhaul, they are the liquor and gaming industries.

These two industries are closely related, of course, which should come as no surprise.

In America, these are the industries that made the mafia rich through bootlegging and casinos.

In Australia, it seems these industries make themselves rich, buy political candidates and fund election campaigns.

If we cast our minds back to when we had the last real debate over poker machine reform, the Gillard Government was in power and the issue had been pushed up the agenda by Independent MP Andrew Wilkie.

At the time, any attempt for meaningful discussion was drowned out by a massive campaign from the clubs. There were television campaigns, there were magazine and newspaper adverts, there was even political commentary by the commentators at a final series Rugby League match. People walking into pubs and clubs were also greeted by a big sign talking about politicians trying to destroy their clubs and a picture of theirs or another Labor MP on it — even Catholic Clubs, proving religion and politics do mix, but only when it suits them and their cashflow.

Needless to say, it was a dirty campaign that the gaming industry won.

For Tony Abbott and his merry bench of opposition men (looking at his front bench now, as then, the women didn’t count for much) one would have thought that it may have been tempting to be bipartisan on something and make a real positive difference to people lives, but alas, 'twas not to be.

At the time, most thought that his opposition to pokies reform was just a chance to say "No" once again and take once again put a wrecking ball through any hope of a positive agenda under the Gillard Government.

Hindsight is a wonderful thing.

You may recall the Young Liberals fundraiser at which Alan Jones made a speech referring to the death of Julia Gillard’s father, which had occurred soon before.

That event had the head of political relations at Wooloorths, Simon Berger, as its MC. Berger clearly relished his role, even donating a jacket made of chaff bags for auction in a reference to shockjock Alan Jones' comments encouraging the assassination of our then Prime Minister.

I remember the outrage this event caused — Abbott trying to distance himself and the Liberals all pretending to be ashamed of what was said.

Woolworths eventually had to dump Berger like a soiled nappy due to the sheer volume of public outrage.

Yes, so ashamed were the Liberals of the behaviour at the event – the references to Gillard’s father "dying of shame" and Jones' chaff bag remarks – that, once the outrage died down,  they hired him. His LinkedIn account currently has him claiming to be a 'Senior Advisor at Parliament Of Australia'.

In fact, Berger has been a appointed to head what has been called a "secret political hit squad" attacking Abbott's political foes.

From a Malcolm Farr report on news.com.au:

TONY Abbott has established a covert political hit squad which is funded by taxpayers, operates outside parliamentary scrutiny and has a controversial leader.

The under-the-radar Coalition Advisory Service supplies Government backbenchers with media information and ammunition to aim at the Labor Opposition. It has offices in Parliament House.

The Government says it is there to “provide training support to Government members and senators and their staff to assist them in servicing their constituents and ensuring the efficient and effective operation of electorate officers”.

But its detailed activities have been kept confidential — although it is known as CAS and has a sharply political role serving the Government.

It’s head is Simon Berger, the former Woolworths executive who left the company after organising the auction of a “chaff-bag jacket” at a September 2012 Young Liberal fundraising dinner addressed by Sydney broadcaster Alan Jones.

So sneaky is the Abbott Government about Berger's new role, the "hit squad" won't even be subject to Senate Estimates hearings, as it has been put under the direction of the Government Whip, not a minister.

Under CAS, Mr Berger has a staff of at least six but a potential allocation of 10.

The Labor Opposition has been trying to get more details about CAS operations at Estimates hearings where ministers and their department heads are questioned about spending.

However, CAS is not the responsibility of a minister.

It operates under Government Whip Philip Ruddock who, as he’s not a minister, does not have his spending examined at Estimates grillings.

So what does all of this have to do with pokies?

Woolworths are huge owners of poker machines in Australia — some say the largest, although there are conflicting reports.

Woolworths show of support for Abbott was clear in its political lobbyist MCing a Young Liberal function. Abbott’s show of loyalty for Woolworths staff was shown by the Liberals hiring Berger in a key political role after Woolworths eventually distanced themselves from him.

It is also notable that, during his election campaign, Tony Abbott held many press conferences from within Woolworths stores. 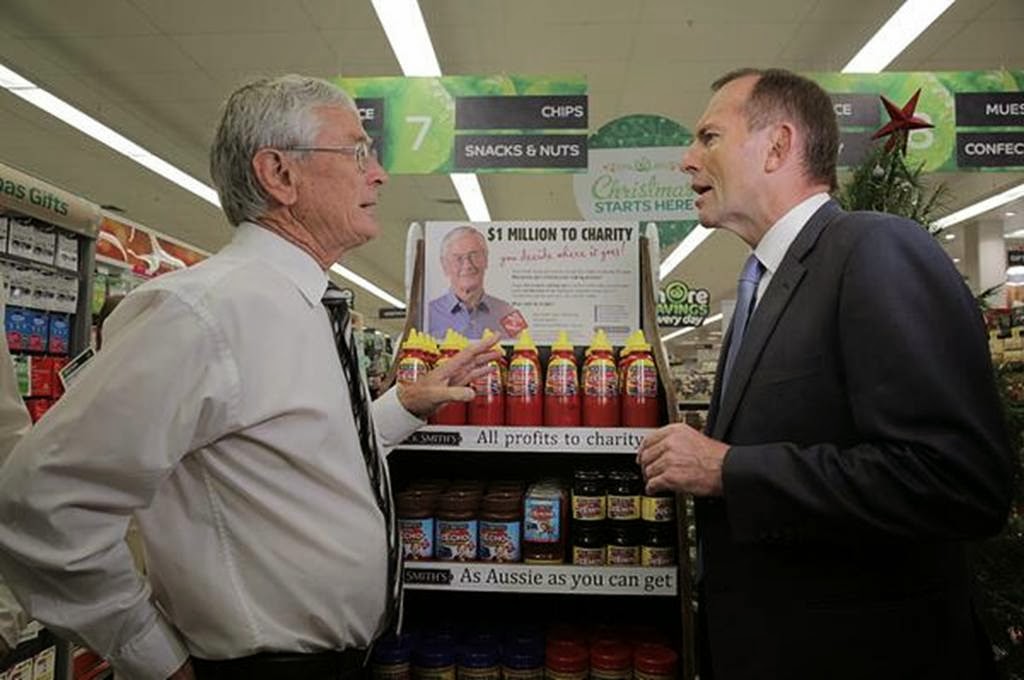 Appearing before the Independent Commission Against Corruption this week was Liberal Party apparatchik Paul Nicolaou.

Mr Nicolaou was being asked questions about a meeting he set up between Qld Premier Campbell Newman in his previous role as Brisbane Lord Mayor and the head of a company linked to the Obeid family — a meeting that came with a $5,000 price tag.

Paul Nicolaou is the head of the Liberal Party’s fund raising arm The Millennium Forum. This is the group responsible for the fundraising for Liberal Party Federal election campaigns, including that of Prime Minister Tony Abbott

Paul Nicolaou also has a day job — as the NSW chief executive of the Australian Hotels Association.

It is fair to say that Nicolaou is paid to look after the interests of pubs and clubs and what makes them money. It is also reasonable to conclude that the biggest money spinner (pardon the pun) for pubs and clubs is poker machines, with liquor being second.

Poker machines would want them to be making money; Australia has approximately five times as many poker machines as the United States Of America according to Wikipedia.

The NSW AHA has done well for itself with over half of Australia's pokies located in NSW. Sydney has more poker machines than Las Vegas.

Restrictions have even been lifted so that bigger and better gambling machines can be rolled out into the suburbs to suck more money out of those who can least afford to lose it.

With the man responsible for more than half of the nation’s poker machines being in charge of the funding of Tony Abbotts election campaign, is it any wonder Abbott was resisting change?

Before looking after funding for Federal Liberal Party campaigns, the Millennium Forum managed NSW campaign funding for the Liberals — until, in NSW, the former Labor Government made it illegal for the Liquor, Gaming and Tobacco industries to make political donations.

NSW has seen what many in the police force have described as a bloodbath in our city streets on a Friday and Saturday night and it is only recently, despite public pressure, that controversial changes have been made by the Coalition in NSW, although many say new laws just move the problem to some of the nearby suburbs.

Many of the new changes have laid the responsibility for behaviour problems back onto the public themselves, as well as a lot onto the city police as well as the court system. Left to shoulder little of the burden, however, is the pubs and clubs themselves.

Many have suggested that venues should face licensing restrictions and closing down if responsible service of alcohol regulations have been breached; that, basically, the pubs and clubs should be made to clean up the mess they have created.

Back before public outcry grew to such a deafening volume that Barry O’Farrell was forced to act, Mike Carlton wrote a piece Fairfax, which concluded as follows:

The O'Farrell government does nothing, apparently terrified of offending the publican lobby, the all-powerful NSW branch of the Australian Hotels Association.

It's no coincidence that AHA chief executive Paul Nicolaou is a Liberal Party heavy and former election candidate (twice failed), who was once boss of the Tories' fund-raising arm, the Millennium Foundation. He is also known to be a good mate of his fellow Greek-Australian, George Souris, the Minister for Tourism, Hospitality and Racing, who should be cracking the whip here.

But Souris is not. And nor is the Premier. The government's inaction is disgraceful.

We have all seen and heard about the close links between the office of Assistant Health Minister Fiona Nash Fiona Nash and the junk food industry.

We have seen the results of a Liberal Party in NSW, whose executive until recently was made up of lobbyists who designed party policy to suit their clients' needs rather than the publics.

For instance, the insurance industry in NSW has massively benefited from the slashing of workers compensation, saving the industry billions while injured workers are left to fend for themselves; we have seen the closure of fire stations, so that insurance companies could slug the public with an increased fire levy; and, of course, there has a hefty rise in Green Slip pricing.

At Federal level, it should be no surprise that Medibank Private is being sold off and that there are changes coming to Medicare that will no doubt hurt the consumer while the insurance company CEO’s give themselves another fat pay rise.

What many of us probably didn’t realise is that our Coalition governments at Federal and State level are effectively puppets of the Liquor and Gaming Industry. Even Fiona Nash would have to realise that isn’t very healthy.

Well we are all starting to see the ugly truth now. Even with beer goggles on. 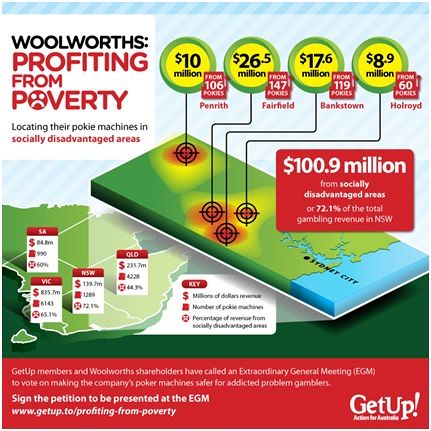 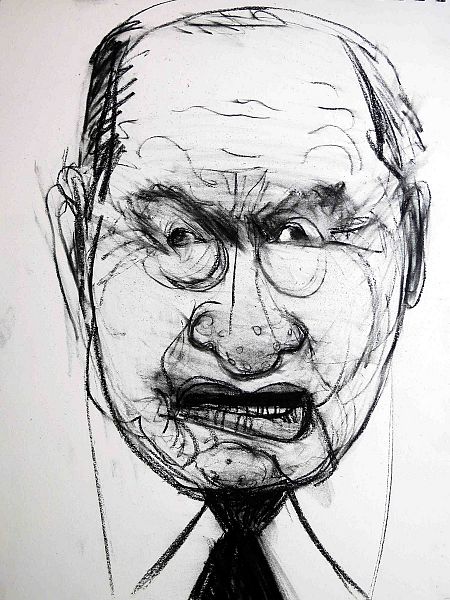