Nick Carson explains why he believes the Liberal Party, and conservative politics in Australia in general, is in dire historical trouble. 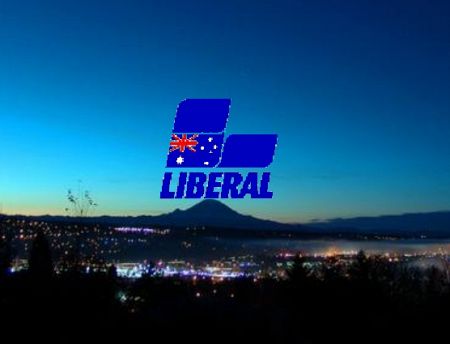 Recent polling suggests that the Liberal Party is experiencing a period of support federally following an aggressive campaign in opposition and could win all of Queensland's marginal seats if an election was held today, giving them a majority in the upper house. So it might be easy, on face value, to assume the Liberal Party is in an extremely healthy state. This assumption, however, couldn't be further from the truth. In fact, the Liberal Party of Australia is in dire – historical – trouble.

During the 2010 Federal election, the Australian public voted for a hung parliament, a situation in which neither major party had majority control, enabling minor parties and independents to get a more diverse range of issues on the agenda and creating an environment within which everyone had to talk to each other and negotiate to achieve the outcomes their constituents require — almost how a real democracy is supposed to work.

In the week that followed the shock result, the Abbott-led Liberal/National Coalition almost seemed as though it would be part of this "new paradigm", but quickly met our worst expectations, as it adopted a deeply negative and aggressive "opposition-for-the-sake-of-opposition" strategy. Were they not confident in their abilities to deliberate, negotiate and achieve consensus? Perhaps they just didn't want to work too closely with parties who held different opinions to theirs?

Whatever the case, a year on, we find ourselves embroiled in a rolling campaign that has seen the Abbott-led Coalition claw its way up in the Federal polls, giving the electorate the impression that the Liberal Party is in good health, ready to challenge the ALP, when in reality its historical context, fragmentation, lack of real policy and disconnect with the Australian public are at record levels.

Despite all the hype, NSW is the only state for many years in which the LP holds a majority of seats, and only by a slim margin (51 of 93 seats). They have been unable to win an election in their own right for quite some time, relying on a coalition with the increasingly out-of-touch National Party to get them across the line, particularly in Victoria where, like the ALP federally, the Coalition clings to government by a single seat.

Indeed, since the early 1980's – save for a brief period in the mid-to-late 1990's – most states have been controlled by the Labor Party. Indeed, during most of John Howard's time in office, all states were held by the ALP. Recent wins by the LP in Victoria, NSW and WA were merely facilitated by vast public dissatisfaction with the gross incompetence exhibited by the previous ALP governments in these states —  voters arguably turning to the LP merely as it is seen as the only other alternative government. All other states remain in the ALP's hands. Contrary to much mass media rhetoric, the biggest political gains during the last decade have been made not by the LP or the ALP, but rather they have been achieved by the Australian Greens.

Perhaps attributable to the lack of public and membership-driven policy development, the LP had no viable policy feeding into their 2010 campaigns, co-contributing to the Federal policy vacuum and subsequent campaign race to the bottom of the political barrel for both major parties in the eyes of the Australian public. Indeed, in Victoria, the LP's most successful policies were stolen straight from the Victorian Greens grassroots-developed public transport policies.

Even if the LP were to gain power in the lower house, the same is unlikely to happen in the Senate — which is balanced by the Greens for the time being. Australians obviously don't want to give either LP or ALP policy a free pass through the Senate after witnessing regressive legislation passed through the Howard-controlled Senate that led to his WorkChoices inspired downfall. Additionally, while Gillard's approval rating has been historically low, Abbott's ratings have also been abysmal. Australians are not happy with either leader and would even prefer returning to the previous leadership duel between Turnbull and Rudd, despite positive polling for the LP that suggest Abbott could be our next Prime Minister.

This indicates that something is amiss in the current political discourse. The Abbott-led opposition is striding through a campaign of degradation and negativity, which is skewing public opinion and polling as misinformation abounds. This is, however, no real indication that people are warming to LP policies, as I’ll explain later, rather it says that we're being force-fed rhetoric and misinformation, creating rancor, misunderstanding and division amongst Australians.

Recent polling showing majority public support for marriage equality, action on climate change and other major issues indicate that most ALP policies have wide-ranging support amongst the Australian public, even if political polls suggest otherwise. Key issues the LP are campaigning negatively on and attempting to create a phony "people's revolt" around about are actually dividing the public. We don't know where we stand on these issues; we're confused, despite what an Abbott-led Opposition might be telling us. Australians are not unanimously opposed to any major Federal issue dealt with by the Gillard government — except, perhaps, the embarrassing refugee debate.

Tellingly, the Liberal Party's aggressive opposition to the carbon price is the political equivalent of putting all your eggs in one basket. It's based entirely on the notion that Gillard lied to us and has no mandate (despite 1.7 million Australians giving the Greens the mandate to negotiate for a price on carbon). Rhetoric around job loss and economic impacts all hang off this central campaign strategy. They have no viable policy alternative.

In the immortal words of Abraham Lincoln and Bob Marley:

But perhaps the biggest threat to the LP comes from within. Fragmentation, instability and disagreement within the party not only threaten to tear apart the Federal campaign strategy, but the party's leadership. Since Howard was toppled in 2007, the LP has cycled through three different leaders, Abbott winning the most recent leadership spill by merely a single vote (42-41). This tells a tale of fundamental ideological divisions within the party, showing it has little to no ability to achieve consensus on any issue, let alone the internal policy that governs its central ideologies.

Rivalries within the Federal LP and between state parties have caused widespread fragmentation, from Queensland's LNP to the WA Nationals, decreasing the party's overall cohesion and effectiveness. Additionally, an ageing membership and rivalries between the Australian Liberal Student's Federation and the Young Liberal movement – sagas like the Young Liberal's "dob-in an academic" campaign – shows Australian youth has deep reservations about conservative politics and no patience for political squabbling, leaving the LP with very little hope of growth within the next generation.

In all, politics is increasingly being seen by the Australian public as an embarrassment, with generations of Australians having lived their lives with little or no connection to a system which is meant to be representing them. This has left most people with little idea about how their actions or their vote can make any positive difference to their lives or the state of their nation — despite our increasing political literacy and access to information.

There are no processes within the LP to provide for rigorous candidate pre-selections, policy development is top down and constituents are rarely if ever consulted on how they're members should be representing them. Meetings with ministers are for sale and only the richest individuals, groups and businesses can turn the ear of a Liberal Party politician. This brand of politics is a dead-end for a nation in drastic need of a more representative and accessible democracy.

All of the above factors considered, the trouble Australia's conservative political giant finds itself in is problematic. If the Liberal Party of Australia can't inherently evolve and progress with a nation progressing on without it and with a more intelligent and robust political system, well, it may as well start ordering its political gravestone. Who knows, maybe they could get a discount from the author of One Nation's epitaph. Although, with the determined zombie-like rise of what had been thought of as "dead and buried" policies, the corpse may have a stand left in it — only time will tell.


(Nick Carson is a producer of the Beyond Zero Radio show on 3CR Community Radio Melbourne and a former Australian Greens candidate for the Victorian state seat of Doncaster.)