Manufactured opposition to a carbon price is against our best interests, says Nick Carson. We should be transitioning to 100 per cent renewables. 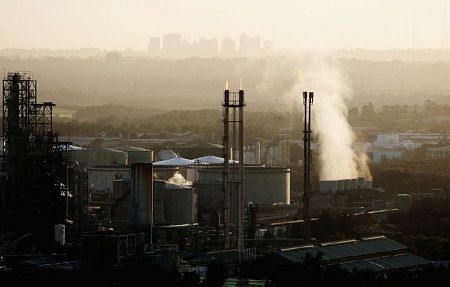 So, The Australian newspaper proclaims a "war over the carbon tax" and the leader of the Federal Liberals, Tony Abbott, is calling for a "people's revolt" against a price on carbon.

What are they thinking denouncing such a positive step forward for action on Climate Change? What’s wrong with wanting to transition to renewable energy? Why would you want to try and divide people?

Tim Badrick, in an article published in Independent Australia, believes that a carbon tax "con job" will do nothing to reduce environmental damage. I couldn't disagree more. The only "con job" is the one being disseminated against a price on carbon pollution, against the best interests of us all. A price on carbon signals the beginning of one of the most significant positive steps forwards for Australia for a long time.

By putting a price on carbon pollution we are saying as a people that we want to stop the emission of carbon dioxide to mitigate the effects it has on our lives; polluted air, climate change, unsustainable and insecure energy source, unsustainable economics. If the free market was truly self-regulating, it would have made the transition to renewables decades ago, but it isn't and it didn't and we have to act, it's already long overdue.

The federal Liberals are trying to manufacture opposition to a carbon price, using buzz words like "people's revolt" to get people all riled up against their best interests, papers like The Australian propagate this senseless rhetoric and people who don't fully understand the issue buy into it. Opposition to a price on carbon relies on people's lack of information and knowledge. This type of propaganda is terribly damaging to our political system, opposition-for-the-sake-of-opposition reveals a severe lack of leadership and an inability to partake in intelligent dialogue and discussion.

Simple calculations reveal that at $26 a ton it would actually cost the average 4-person family $100 more a year (not $300 more as circulated by the federal Liberals). And with the average cost of Green power at around $40/ton of CO2 saved, a carbon price of anything below this will actually save households tens of thousands of dollars. If the Liberals really wanted to pick a fight, why not try and stop energy retailers passing the carbon price on to end users? Surely the polluters should be taking responsibility for their own actions.

The exact price is something we can all discuss and negotiate over the next year or so. I don't know about you, but as a very low-income earner, I don't mind paying to transition to renewables, just as I wouldn't mind paying to help rebuild infrastructure in flood-affected Queensland.

We can use the funds collected to help homes and businesses use energy more efficiently, provide grants to help with the transition to renewables, facilitate upskilling and allocate funds for the construction of base load CST, wind, geothermal, etc. Australians no longer want to go down the coal-fired (and other fossil fuels) energy pathway—it's social, economic and environmental suicide.

Don't care about the environment? Well, let's look at the economics then...

The simple fact is, if we head down the same fossil fuel path it will cost us 3 times more than it would to transition to 100 per cent renewables. Economically speaking, business as usual is a total waste of money, a missed opportunity and neglectful to a generation of energy industry workers.

Reports like Zero Carbon Australia, published by Melbourne University and Beyond Zero Emissions last year, show us how easy it is to power Australia with 100 per cent renewables within 10 years at 3-3.5 per cent of GDP. A fantastic nation-building program, economic stimulator, job creator, and by the end we have free energy from the sun, wind and other renewable sources, more jobs and economic stability in a clean and sustainable industry.

A carbon price is only part of this transition; we also need a feed-in-tariff (so households and businesses supplying themselves with renewable energy can be paid for any excess energy they input back into the grid) and a proper target for renewables, amongst other things. We already know we can get to 100% within 10 years with current commercially available technologies, so why not skip a laughable 5% target, jump right over a 60% target, cut right to the chase and get on with transitioning to 100% renewables. We have nothing to lose and everything to gain.
POLITICS ENVIRONMENT carbon pricing Carbon tax Environment Nick Carson renewables Tony Abbott
Recent articles by Nick Carson