The last croak of the media dinosaurs

Former News Corp executive Rodney E. Lever says this election may be the last one U.S. media tycoon Rupert Murdoch can influence to any major extent. 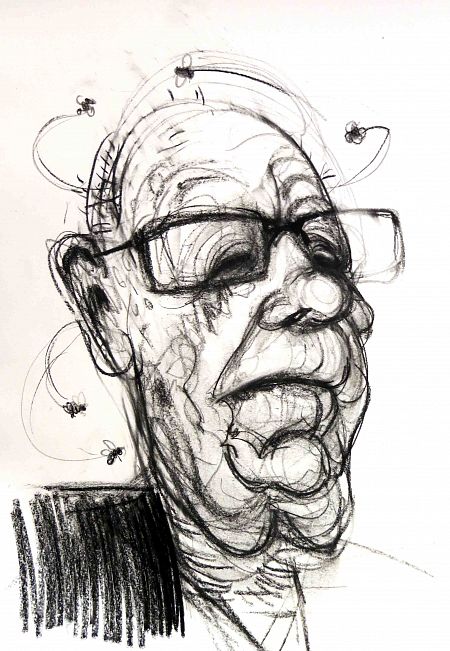 IS THIS Australian election the last gasp of the media dinosaurs?

It seems it might be so. Only on election night we will find out, and the rest of the English speaking world will be watching.

For five decades. Rupert Murdoch’s News Corporation has been showing the world how easy it is to corrupt democratic elections. His methods have been picked up in other countries, too.

“ ... democracy is the worst form of government — except for all the others that have been tried."

No one knew better how to manipulate the press. He even had a press magnate in his war cabinet, as did Robert Menzies in Australia also.

But the Australian public rebelled against Menzies and called on the Labor Party to – as  is usually does in times of crisis – to guide Australia through the war years. Rupert Murdoch’s father immediately lost his job as Australia’s chief censor of the news, which he had cunningly used to promote his own papers and punish his rivals.

So along comes Rupert, the self-appointed heir to his father, who went even farther in manipulative media and politics — to the point that he now faces judgment in the United Kingdom and several investigations in the United States.

Rupert Murdoch’s strength has been severely weakened everywhere and the current Australian election may well be his last gasp. Both Fairfax and the Murdoch papers have lost some of their best writers and their once-fervent readers and all their papers are showing signs of weakness in their bias. 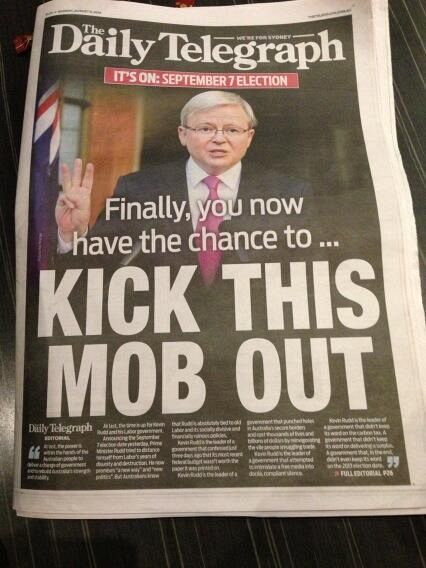 The Daily Telegraph in Sydney is now temporarily controlled by one of Murdoch’s fast shooting headline writers, imported from the United States. The paper is focussing on Western Sydney, where high unemployment is a major concern and offers problems for Labor.

Murdoch believes Western Sydney [see one of Rupert's candidates below in action] is the key to a Labor defeat.

While he and his Abbott Opposition allies see this area as a Labor weak spot, the truth is that the Liberal mob cannot offer any relief. When John Howard was running the Coalition parties, they exalted at low interest rates as their personal triumph over the economy. Today’s interest rate under Labor is at its lowest level ever.

Murdoch muscle may still exist in Australia, even though his reputation overseas is muddied, but he still seems to believe he can run Australia as his private fiefdom.