Political tensions with China have been escalating, but there's still time for Australia to make amends and not follow in America's footsteps, writes Bruce Haigh.

SINCE DONALD TRUMP became President, the relationship between the U.S. and China has deteriorated to the point that some observers talk of war. Why is this? In simple terms, America feels threatened by China’s rapidly expanding wealth and influence. Dangerous confrontation has resulted and Australia has been sucked in. How far remains to be seen, but it is not in Australia’s interest to be used by Trump or Murdoch.

By the early 1990s, America was pleased with itself. The narrative was that Ronald Reagan had seen off the USSR. The Soviets had been forced to withdraw from Afghanistan through American backing of the Mujahideen. Their economy collapsed because America had forced more spending on defence than they could afford.

The fall of the Berlin Wall in November 1989 foreshadowed the loss of the Soviet Empire. The Americans declared they had won the Cold War. But when they looked around, they found China staring at them with a degree of self-confidence they hadn’t noticed. They did not have the field to themselves.

China crushed the Democracy Movement in August 1989. Premier Li Peng acted swiftly after the bloody put down in Tiananmen Square was transmitted around the world. His zeal was driven by loss of face. A year on, confidence returned and China built on the economic reforms instigated by President Deng Xiaoping and Jiang Zemin when he became President in 1993.

One set of eyes focused on China were those of Rupert Murdoch. However, almost at the same moment he set his sights on what he saw as a huge untapped communications market, he blew it.

In a speech delivered in London in 1993, Murdoch said:

“Advances in the technology of telecommunications have proved an unambiguous threat to totalitarian regimes everywhere.”

Bruce Dover, who worked for Murdoch in China, observes in his book, ‘Rupert’s Adventures in China’, that when reports of Murdoch’s speech reached the Chinese leadership, Li Peng ‘was incandescent with rage’.

Mesmerised as he was with a vision of the wealth and power that a slice of the Chinese telecommunications market would deliver, it was to no avail. He was frozen out by the Chinese leadership. Nonetheless, he kept trying. He spent money, a lot of it, but every move he made was blocked. He was not trusted. He employed an American educated Chinese national, Wendi Deng, to open doors for him but in 1999, before her failure became apparent, they married. They were divorced in 2013.

Murdoch has no love of China and his media empire reflects that. Lachlan, his son and heir apparent, shares his views. Both father and son are close to Donald Trump, who continues the erosion of American prestige and power, assisted by earlier ill-advised incursions into Iraq, Afghanistan and the GFC. 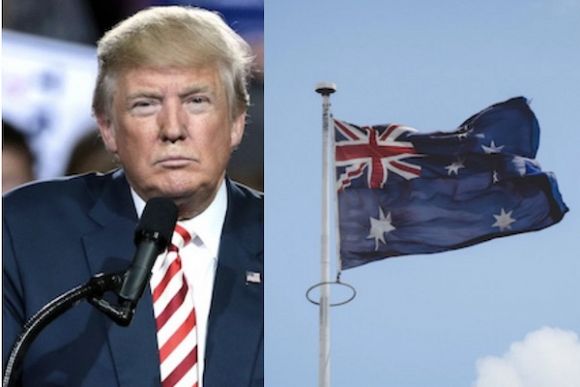 Trump, unable to comprehend the cause of the American decline, rounded on China and was willingly assisted and encouraged by Murdoch and his Secretary of State, Mike Pompeo, who is looking for the Republican Presidential nomination in 2024. He believes denigrating China will secure his base. He refers to the conflict with China as one between “freedom and tyranny”. And Trump advisor – if there is such a person – Peter Navarro calls China an adversary and ‘strategic enemy’ and ‘revisionist power’.

China has not helped its cause. As its wealth has grown, so have notions of its power and entitlement. This has grated with America. It has sought control over the South China Sea (SCS) and sea bed resources. In response to the U.S. military encirclement, it has militarised the SCS with the construction and occupation of islands and deployment defence resources, including naval, missile and air force. The U.S. has bases or the use of bases in Darwin, Tindal, Changi, Korat, Trivandrum, Guam, Saipan, Tinian and maybe Wake and Palau.

Regional nations are concerned at moves by China which infringe upon their sovereignty but they continue trade, tourism, cultural, education and scientific exchanges and they maintain a dialogue, which is more than Australia can claim.

China has not closed shipping routes through the SCS and has made no moves to do so. Why would it? A large percentage of its trade passes through the SCS. Yet the United States, followed by Australia, claims that China does wish to close shipping routes. It conducts Freedom of Navigation Operations (FONOPs) by sending warships through the SCS. Australia has joined these exercises but to date has refused to sail within the 12 nautical mile limit, most recently reiterated at the July Australia-U.S. Ministerial Consultations (AUSMIN).

The U.S. and Australian Governments refuse to hear anything favourable about the Chinese Government, referring to it over past months as the “Chinese Communist Party” — a term designed to adversely brand and denigrate. It is puerile. 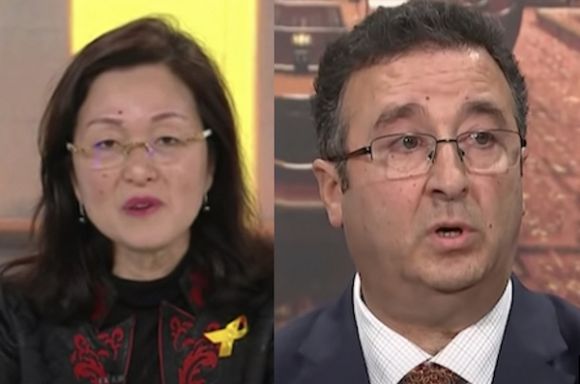 China has become that most convenient of cartoon villains in primary school-style politics.

In Australia, adverse perceptions toward China found expression in an AFP/ASIO raid on the home of NSW Parliamentarian Shaoquett Moselmane on 26 June, allegedly for “unauthorised contact with China”. There were vague murmurs of spying. Moselmane is taking the matter to the High Court. The mentality behind the raid is of concern. In democracies, Intelligence agencies must be neutral and impartial and seen to be so.

Australia’s relationship with China is at its lowest point since diplomatic relations were established in 1972. And all because Australia is doing the bidding of Murdoch and the Trump administration. After a call to Trump, Morrison said the COVID-19 virus originated in Wuhan and called for an investigation into the origins of the virus.

It is nonsense to call for an inquiry when you announce what you believe the finding will be. It was obvious that Morrison, Home Affairs Minister Peter Dutton and Foreign Affairs Minister Marise Payne were being judgemental and seeking retribution. China was already embarrassed about the outbreak; they didn’t need their nose rubbed in it by a yapping dog. Australia caused a loss of face. As tough as he would like to be seen, Premier Xi Jinping has a glass jaw.

China has responded with a cancellation of orders for Australian beef, barley and possible bans on students and tourists. It is looking for some understanding from Morrison for what is regarded as a calculated insult. They want face restored. It is beyond the comprehension of Morrison, but perhaps not Payne. Australia cannot afford to be where the LNP has placed it with respect to China.

A different reading of China would see it as both assertive and defensive. It is flexing its muscles and literally testing the waters, but it remains unsure of itself. The U.S. is bullying in trying to contain a largely contrived threat. However, as they have done before, they may bring about the result they are allegedly seeking to avoid.

Australia must uncouple itself from the Murdoch/Trump axis. We don’t need it. The LNP feel they owe Murdoch for all his help. They have given News Corporation millions of taxpayers’ dollars. If they don’t uncouple, we will have to contend with Lachlan, who will be a more difficult taskmaster than his father and more hard line on China, if that’s possible.

Australia needs to engage or re-engage with China. It needs to deploy diplomacy to engage with China, whenever and wherever around the globe. All of our diplomatic missions should be tasked with this. China is our most important relationship, now and into the future.