Bronwyn Bishop thinks Parliament under her Speakership has seen a "big improvement", but senior correspondent Barry Everingham is not quite so sure. 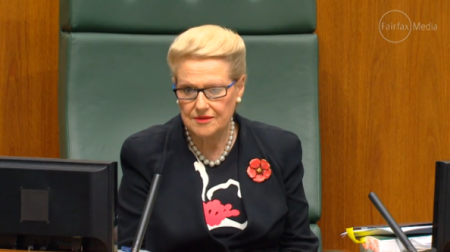 THE NEW ABBOTT PARLIAMENT has gotten off to a decidedly poor start and, with Bronwyn Bishop in the Speaker's chair, the Opposition has already been relegated to second class citizen status.

Madame Bishop's ruling yesterday that calling the Opposition Leader "Electricity Bill" was not unparliamentary is a grim omen of things to come.

Yet, incredibly, despite the name-calling and rancour, and the angry dissent motion against her absurd ruling and incorrect ruling holding up proceedings for more than an hour yesterday morning ‒ something Fairfax called an “epic fail” by Bishop ‒ in an interview with Tom Elliott today on Melbourne radio station 3AW today, Bishop grandly stated there had been a “big improvement in decorum”.

What planet is she on?

Then, believe it or not, Bishop had the gall to take The Greens to task on 3AW for calling Tony Abbott “Typhoon Tony” later on in the same Parliamentary day.

From the 3AW article on the Elliott interview:

"Today's Question Time was a big improvement in decorum. I didn't want it to be a polite debating society but we got through 21 questions and people were able to set the record straight."

However, Bishop did criticise the Greens for labelling the Prime Minister 'Typhoon' Tony yesterday.

"It was inappropriate, but the Greens are like that, aren't they?"

So, in the kerosene-soaked world of Bronwyn Bishop, deriding the Government benches is shamefully “inappropriate” and outré, whereas name-calling the Opposition is presumably merely charming, playful and amusing.

You can only shake your head. 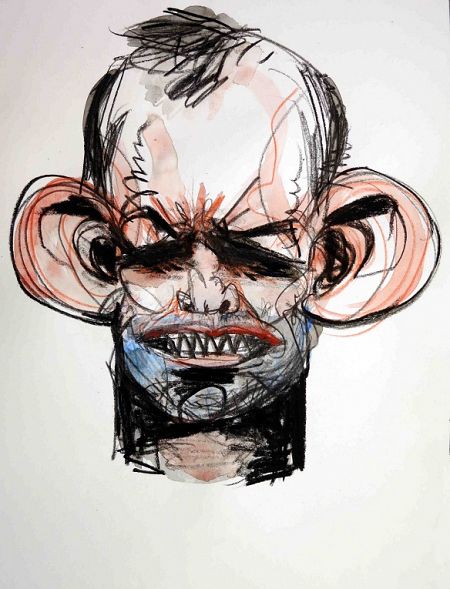 You see, the Prime Minister praised Kevin Rudd's apology to the Stolen Generation as one of the highlights of the former PM's reign, bringing a howl of derision from the man Mike Carlton calls ‘the Melbourne village idiot’, Andrew Bolt, who in a bizarre anti-Rudd rant in the Herald Sun referred to the stolen generations as a “myth” and a “crime no-one can prove”.

Convicted racist Bolt sees himself as the man who shoe-horned Abbott into The Lodge and his ego is so out of control there's little doubt he believes he can turf him out.

And no doubt he is counting the days until s18C of the Racial Discrimination Act is removed by his old mate George so he can turn his anti-Indigenous rhetoric right up to full throttle. Hang on, folks, you ain’t seen nothin’ yet!

However, Abbott has made a genuine and crass blunder today in praising Cardinal George Pell handling of child abuse cases in the Catholic Church.

Tony says Pell was active in exposing the abuse of children by the clergy. Oh yeah?

Readers should see Marr's essay and draw their own conclusions.

Question Time today was almost tame, with the Speaker ruling points of order out of order but the Opposition seems to be saving her up for another day; a day which will surely come sooner rather than later.

The dismal Scott Morrison continued to refer to asylum seekers as "illegal arrivals" and he got away with it.

Oh, and yesterday, Australia's dearly beloved mother-of-the-year Gina Reinhart jetted into Canberra to watch Barnaby Joyce's maiden speech in the House of Representatives and to have some quiet (read, secret) celebratory drinks in her hotel room with Joyce and some of her other employees other Coalition MPs.

The country is in such safe hands.