The United States remains a country of tenacious faith, including in the sanctity of guns.

The nature of that faith stretches from the digital pulpits of Silicon Valley, where cool technology occupies the seat of majesty, to the hot Bible Belt of spiritual endurance and suffering, where the good Lord holds sway in stern disapproval. In between, market fundamentalists take time to worship the invisible hand of business and capitalism.

The symptoms of that faith can be extraordinary, almost to the point of caustic neuroses. Faith in the sanctity of guns permits a form of tolerable urban warfare, a type of assimilated frontier violence characterised by high death tolls. For all the rage and mourning that takes place after each massacre, be it in school or in places of worship, the slain are merely the tax paid for exercising a constitutional liberty.

As with all freedoms, exercising them comes at a cost.

As a sacred totem, the gun, like ancient god figures drawn from verdant groves and sun-bleached deserts, is an idol to be replicated in displays, shows, and performances.  Any chinks in this system of idolatry are put down to the nature of the worshipper, weak of character, questionable of principle.

The Uvalde shooter was, in keeping with this view, a mental basket case, detached, isolated, estranged.  He was lobotomised by the cruel workings of social media, an outcast, a social vegetable. A suburban family with 50 assault weapons salivating over their next purchase is, by contrast, sanely functional, good citizens going about their business under the double blessing of the second amendment and the marketplace. 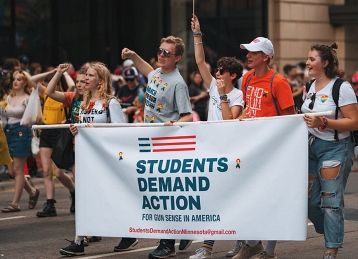 After a series of tragic mass shootings in the U.S., students are standing up to protest gun violence and political inaction by the U.S. Congress and Senate.

Texas Senator Ted Cruz’s understanding of this issue is typical and unblemished by complexity. In the language of a sweetly crafted, and predictable fairy tale, Cruz sees a morality tale in the business of owning guns.

To the 19 children and two adults who perished at Robb Elementary School, he had this response:

Garden gnome psychology is never far from such reasoning. “We know that many of those who commit the most heinous crimes they’re isolated from human contact,” Cruz told members of the National Rifle Association in an address last month.

“They’re living a virtual life in the absence of community and faith and love.”

Addressing the medical, pathological aspect – to de-psycho, as it were, the field of ownership – is seen as one answer from the pro-gun fraternity. The other is counter-intuitive and, in its way, truly a matter of faith.

To solve the gun problem, more weapons, not fewer, are needed. Spread the fetish and proliferate the means of mass lethality. As certain theorists of security and international relations regard the issue of addressing nuclear weapons, the more countries have them, the more secure the world will be. Terror binds us; terror deters us. If you cannot abolish weapons, then partake of its fruits.

In such mind-numbing logic, schools can solve shootings by flooding the administrative system with guns, arming teachers, militarising the spaces and places of learning. In a 2021 Pew Research poll, 43% of those surveyed favoured allowing K-12 teachers and school officials to carry guns. Of the percentage, 66% of them were Republicans; 24% Democrats.

63% of gun owners supported the measure; 33% of non-gun owners did not.

In response to Uvalde, Senator Cruz, Texas Attorney General Ken Paxton and Lt. Gov. Dan Patrick, are stirring their base. Their suggestions of arming schools are of uneven quality, childish and resoundingly doltish. But they point to a central understanding of acceptable carnage and military permissiveness.

Attorney General Paxton has been true over the years to the view that a citizenry armed to the teeth, even when going about mundane tasks, is a safe one. In December 2017, he issued an opinion claiming that licensed handgun owners could legally carry loaded weapons into Texas churches with no posted signs banning them.  As for what could have been done in Uvalde, the theme is familiar.

The key was to make it “more difficult for people even to get in that point of entry” by having “teachers and other administrators who have gone through training and who are armed". 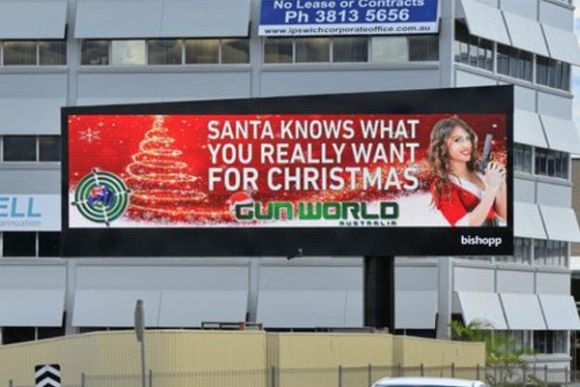 Such a measure, Paxton argued, was to be encouraged as law enforcement authorities tended to be late on the scene, failing to prevent the shooting. “The reality is,” he explained to Fox News, “we don’t have the resources to have law enforcement at every school".

Patrick’s statement of 3 June could just as well apply to a discussion about violent insurgencies U.S. foreign policy has tended to foment over the years.

'If every member of law enforcement across the state, approximately 80,000 officers, had a bulletproof shield in their vehicle, their ability to respond to an active shooter situation would be greatly enhanced.'

(Does he envisage police driving into the active shooter in class?)

He notes that 'more training is needed', but the urgency of having measures in place before the start of the new school year to 'better equip our police who respond to these attacks' was paramount.

As with any planning for a military campaign, having the appropriate material in stock might be a problem:

'There could be a supply-chain issue at present, but we should try to buy every quality shield we can find and order the rest so we are at the front line when more become available.'

Not that these matters solve the problem. To equate armed teachers with safety is a false equation. The Uvalde shooter could still go about his business even in the face of a heavily armed response unit.  The “good guys” seemed rather ineffectual to stop the “bad guy” at Uvalde.

The National Education Association President Becky Pringle’s statement in response to shootings could only seem peculiar in an environment of gun fetishists.

'Bringing more guns into schools makes schools more dangerous and does nothing to shield our students and educators from gun violence.'

Dispirited about such responses, Daniel Siegel, a 23-year-old middle-school teacher from Houston, suggested something disturbingly radical. Give schools more resources, not in terms of weapons and defences but on matters of learning and the nurturing of students’ emotional wellbeing.

Sadly, that horse, saddled by the second amendment, bolted some time ago.