This time it is the revelation that Government senators are apparently monitoring the Twitter feeds of prominent ABC journalists to see what they "like" and using this information to accuse them of… oh, who knows what, this time?! It’s becoming both tedious and absurd.

The ridiculous nature of these regular incursions into the independence of the national broadcaster would be funny if they weren’t so serious. We know that the current Coalition Government has displayed unprecedented hostility to Aunty, and has cut almost a billion dollars from her budget since coming to power in 2013. And we know that much of the hostility in government ranks is being driven by the obsessive campaign by the Institute of Public Affairs (IPA) to destroy the ABC.

The IPA’s most recent attempt to convince the Parliament to "reform" the national broadcaster by selling it off was its submission to the Media Diversity Inquiry, which was so riddled with errors and false claims about the ABC’s audience reach and support among the Australian public that the ABC took the extraordinary step of publicly calling for a correction.

It’s an incontrovertible fact that the ABC is the most trusted media institution in Australia. It’s also arrant nonsense that only 15.4 per cent of Australians use the ABC, as claimed by the IPA in its submission. But there is, in fact, a much more salient and urgent argument for preserving the ABC as a public institution than its popularity: that is, the safe-guarding of democracy itself.

Less than six months ago, the world bore witness to an unprecedented assault on the very foundations of democracy in the country long-regarded as its greatest exemplar.

'U.S. broadcasting has never had an independent, publicly owned media institution… serving as a touchstone for accuracy and fairness in news and commentary.'

And, in fact, the influence of public broadcasting goes far beyond the media industry itself, playing a fundamental role in the democratic process and the guarding of social cohesion.

Research published by the European Broadcasting Union in 2019 found that countries with robust public service broadcasters were more politically stable, with less corruption and political violence and greater trust in government. Conversely, those with weak public media had higher incidences of political violence and right-wing extremism, and their people were generally less satisfied with the democratic process.

These findings are not new. A growing body of research over the last two decades has conclusively demonstrated that the existence of public service media is a critical element in supporting political engagement, building trust in democratic institutions and protecting the unity of a nation.

This research contradicts the claims of public broadcasting critics that the rise of digital media has made public broadcasting an “anachronism”, demonstrating that the existence of an independent, publicly funded broadcaster counters the effects of commercial and social media fragmentation, in which people retreat into separate tribes, consuming only the messages that align to their existing prejudices and beliefs. Operating as a virtual public square, broadcasters such as the ABC present and interrogate many different points of view, exposing lies and “fake news”, and providing a space for people to listen to other perspectives and challenge their own preconceptions. 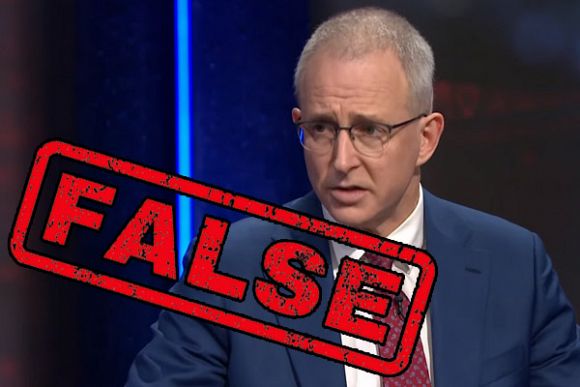 This duty to the public is set out in the legislated obligations of public service broadcasters within democratic states. Contrary to the IPA’s hyperbolic assertions that the ABC is a law unto itself, with 'no need to please anyone else', our national broadcaster is in fact bound by explicit rules and regulations, far more prescriptive than any of the self-regulated codes of practice that loosely govern the operations of commercial media.

The obligations of the ABC are set out in its Charter, within the Australian Broadcasting Corporation Act 1983.

Among other demands, this legislation requires the ABC to:

'... provide broadcasting programs that contribute to a sense of national identity and inform and entertain, and reflect the cultural diversity of the Australian community.'

Moreover, and uncomfortably for those who argue that the ABC distorts the free market of news and information, the Charter requires that the national broadcaster must take into account 'the broadcasting services provided by the commercial and community sectors' of the Australian media.

And ABC management is required, twice a year, to attend Senate Estimates hearings to report on its adherence to its Charter and to answer to the Australian people – through their representatives in the Senate – as to its operation in the public interest and its expenditure of public funds. So much for “doing as they please”.

The extraordinary events of the past year or so should put to bed, once and for all, blindly ideological calls to dispense with public service broadcasting. During the height of the pandemic, as many of us were locked down in our homes, our reliance on the services of our national broadcaster was never greater. During floods and bushfires, it is the ABC that serves the role of national emergency broadcaster. Surveys consistently show that Australians turn to the ABC as a trusted source of news during such crises. 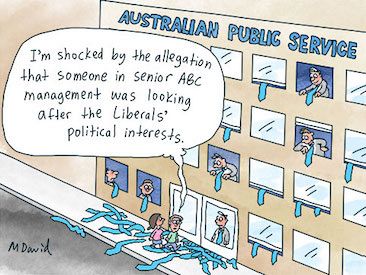 This Coalition Government may have had several incarnations but it seems all three of them have been hell-bent on destroying the ABC.

The real objection by the IPA and their fellow travellers in the Government to public sector media is an inherent hostility to anything that exists outside of the market. As United Nations Educational, Scientific and Cultural Organisation (UNESCO) puts it:

'Neither commercial nor State-controlled, public broadcasting’s only raison d’etre is public service. It is the public’s broadcasting organisation; it speaks to everyone as a citizen.'

'are better informed about government and politics, are more trusting of other people, have more positive civic attitudes, have greater confidence in democratic institutions and are more likely to engage in democratic politics.'

Australia has not just been lucky to avoid the worst health impacts of the COVID-19 pandemic, we did so largely because we were willing to trust our political leaders and put the safety and wellbeing of others ahead of our own individual rights and freedoms. Our levels of civic trust and social cohesion remain much higher than those we see in America, where a significant minority of citizens, many still denying the legitimacy of their new President, continue to reject vaccinations and refuse to wear face masks.

We should be under no illusion that Australia’s relatively healthy civil society is an inherent trait; it rests on the remnant values of collectivism and community that are expressed and reinforced every day through our shared voice within the national broadcaster.

Having witnessed the recent disruption of what was once the world’s greatest democracy, fomented in large part by partisan media outlets with scant regard for the truth, the calls to privatise or otherwise diminish the role of Australia’s excellent public broadcaster are not just foolish, they are dangerous.

They (the government) can tell you which ABC employee liked "anti-government" tweets, yet they can't tell you, at a senate estimates hearing on the vaccine rollout, how many aged care workers have been partially or fully vaccinated!! https://t.co/cSHC1Aff9b