The economists’ dogma is itching to restart it, says Sustainable Population Australia. And not the evidence or the electors. Sorry SPA - dogma wins.

In these pages, I guessed that Scott Morrison would “formally reintroduce” mass immigration by October. And that Anthony Albanese wouldn’t blink.

It isn't rocket-science. More like, one plus one equals two. But what is their retro plan? What subterfuges surround it? Will it come to pass? 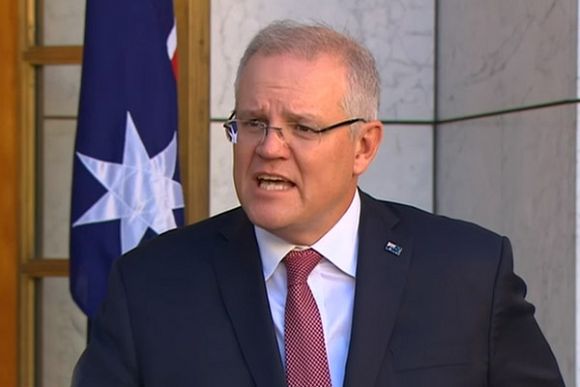 Where they hide the population plan

In any rich nation, the intentional population plan is vital in the economic plan.

Appendix A in Budget Paper 3 quietly publishes the targets. Frankly, I’m surprised Treasurer Josh Frydenberg would let us read that much.

Only in World War I has Australia ever gone any lower. In my lifetime, the lowest figure has been 13,000 in 1975. Yes, under that Labor Government.

But look at 2023-24. Net migration to rocket to 201,000, implying population growth of 1.2%. Not huge by “Aussie” standards. It is still double the going rate of OECD nations. They aren’t imitating our model.

Why so high, so fast? Treasury pins their third-year “forecast” of 201,000 on the new “Centre for Population”. But that’s just a Treasury clone. Primed by Minister Alan Tudge to pump population growth.

The Centre incorporates 'information from detailed data on international arrivals and departures'. But that’s just a circular non-explanation. As if, upon opening the borders, it’s all we can do to monitor the turnstile traffic. 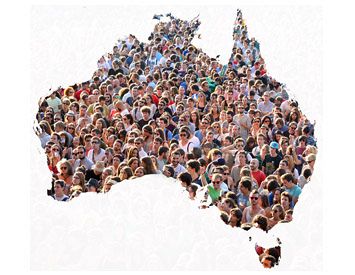 Australia is running an “investment” scam that relies on an ever-increasing number of punters to join in, writes Stephen Williams.

No, this isn’t your brainiac Treasury forecasting. Nor any responsible reading, of environmental and electoral tolerances.

That 201,000 is a political target. Straight from Prime Minister Scott Morrison.

How the population plan got to here

The "big Australia" project emerged around 2005, under a Howard-Beazley "unity" ticket. Via the Treasury, it’s been passed down through six prime ministers, bypassing voters and elections.

Just last year, Morrison issued his ebullient population promo for the world’s 'most successful immigration nation'. By golly, he would “cap” migration at 160,000 and “bust” congestion too.

He meant permanent migration. The net target for 2020 was 271,000. Even without COVID, that is a huge ask. Only once, under Rudd, had the actual net result ever gone higher.

In March 2020, Morrison and the premiers cheerfully re-endorsed their “vibrant” and “sustainable” big Australia.

In May, Shadow Immigration Minister Kristina Keneally ventured the negatives of mass immigration for local workers and wages. Both “left” and “right” showed her the racist card, as Albanese went for cover. By whatever means, Keneally has now been reunited with the approved Labor songbook.

His authority wasn’t the people. Or the Treasury. He cited demographer Peter McDonald. His most reliable big Australia booster.

How they collude on population growth

They pretend the growth targets never happened. Scan the Treasurer’s speech, Budget overview and opposition reply. Only one mention of m-for-migration. No explanation of why it would go so high.

Their silence wants you to regard net migration of 200,000 as normal and necessary. It was unknown before 2007. It’s much more than twice the long-term average. It would return Australia to an extraordinary immigration dependence compared with major OECD economies.

Illustrative of the elite mindset is Tudge with the ABC’s Fran Kelly. For them, the population slowdown is so wrong. Gosh, to suddenly “lose” a “million” people will “lower” living standards.

On the next program, Life Matters, ordinary callers offer everyday perspectives. Based on lived experience, they’re not crazy for an ever-increasing population. In the corridors of power, their consistent reservations in repeated surveys count for little.

The Budget overview says that once-in-a-century COVID curveball has “fundamentally reshaped” the economic outlook. Wouldn’t it a tiny bit “reshape” the population outlook?

Not thus far. Instead, go-to academics and think-tanks dispense the time-honoured big migration bromides. We anticipate the new unity ticket. Same as the old unity ticket.

Why this policy inertia? It’s not just Labor being “correct” or the Coalition looking after developers. It’s also Treasury, dogmatic about population as a “growth” lever. To achieve their hallowed 3% real GDP growth in 2023-24, they want mass migration. 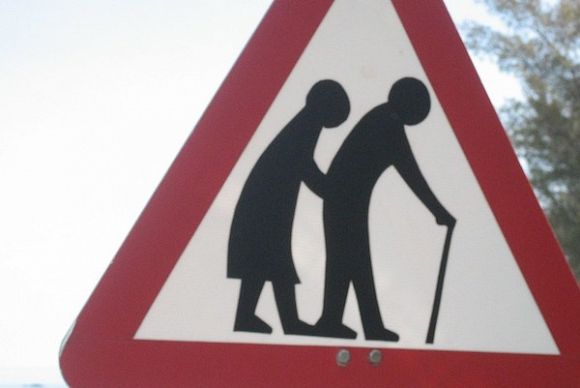 Hence, in Morrison’s choices for post-COVID stimulus, the population ponzi is still a winner. Equally doubtful are his other “winners” in energy and manufacturing.

With migration on hold, and locals quitting the cities, COVID is a chance for Morrison and premiers to really catch up on infrastructure. It seems they prefer the fake congestion-busting that inevitably attends inflated (1.5%) population growth.

Again, the insinuation is, that an open “market liberal” economy can’t or shouldn’t manage its migration flows.

Then Morrison overreached. Then COVID sabotaged the whole shell game. Yet it’s slated to resume in 2023.

Urban Australians, who are the great majority, have had 15 years of pretend congestion-busting. Plus, all-too-real wages stagnation, and world-class housing unaffordability.

Surely we wouldn’t revert to dizzy migration heights? Both lower and higher migration camps have contended, reviving mass migration won’t be too easy. Could it actually be, Big Australia is past its use-by date?

More likely, the Government will re-raise immigration, fast and high. 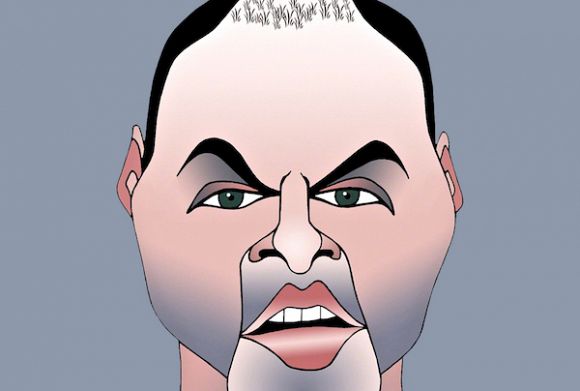 Will the Treasurer's 2020 Intergenerational Report be anything more than just a political document?

The partisan Treasury and Reserve Bank chiefs aren’t holding back. Already, the former extols the “dynamism” of “vibrant” mass migration. The latter demands 'fast population growth' for 'growth in GDP'.

Economists’ dogma, again. Putting “the market” ahead of the voters.

Come 2022, I doubt that migration levels will be framed as an election issue. The Liberals and Labor won’t give the populace a say on population. In practice, the Greens are no different.

At least, the composition of migration may need to shift. Pre COVID, international students comprised nearly half of net migration. It’s unlikely these will return in such numbers.

But Immigration is pretty good at immigration. Unless COVID itself makes big numbers prohibitively unpopular and expensive, they could drum up the required 200,000 net.

The Tudge immigration spin is that of migrants 'growing businesses and creating jobs for Australians'. Supposedly, migration has “ceilings” and not targets. But it’s the sheer numbers the Treasury really needs, for its “GDP growth” black box.

Morrison would only backpedal if big Australia threatened his leadership or his reelection. Neither threat is likely to emerge.