THE 2020-21 FEDERAL BUDGET has projected a sharp fall in net overseas migration in both 2020-21 and 2021-22. This news has been greeted with doom and gloom from politicians, media and most economists.

An article in the Sydney Morning Herald states:

‘Australia will suffer its first reversal in net migration in more than seven decades...’

‘This is a demographic disaster, leading to declining socioeconomic well-being.’

Sobering language indeed. “Suffering” and “demographic disasters”. This economic dogma that “population growth is good for the economy” is the epitome of reductionist thinking.   There is rarely any discussion of the social or economic costs associated with an ever-increasing population: more infrastructure costs, congestion, increased pollution and pressure on housing affordability.

The Treasury seems fixated on tax revenue, which distorts policy on many divisive issues like mining, gambling and logging while the significant costs and negative impacts are overlooked.

Every Australian citizen is not merely a taxpayer, but also a recipient of public services.

Jane O’Sullivan from the University of Queensland has calculated each extra person costs more than $100,000 in public money to expand the capacity of our infrastructure and public facilities such as hospitals, schools and police stations.

An Infrastructure Australia 2019 report has even larger cost estimates — the public infrastructure required just to keep up with Australia’s population growth is $40 billion annually. This figure excludes the additional public service requirements such as education, healthcare and policing.

Furthermore, as cities grow, the costs of providing infrastructure per capita typically increase, effectively a “diseconomy of scale”.

In 2019, the Productivity Commission reported:

Tunnelling is typically ten times the cost of above-ground rail or road projects on a per-kilometre basis and frequently plagued by cost blowouts.

Water desalination plants are another hidden cost of growth. A collective price tag over $10 billion since 2006 in construction costs, plus extortionate operating costs paid to their (privatised) owners. These costly and highly polluting desalination plants could have been averted if Australia planned a more sustainable population trajectory. Sydney’s plant in Kurnell (completed in 2011 for $2.3 billion) already needs its capacity doubled to deal with the last decade of population growth. 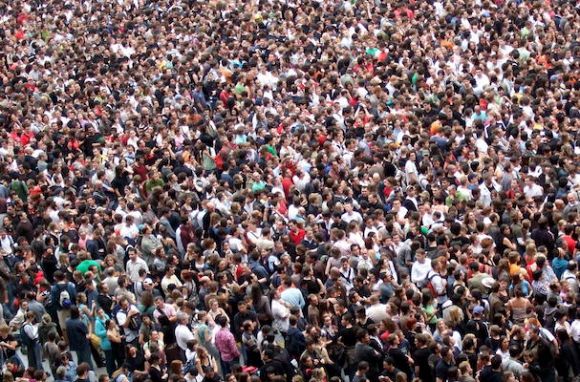 Ignoring environmental and urban congestion objections, the Morrison Government is committed to a Big Australia — a policy unchallenged by the ALP.

Moving to international comparisons, if a smaller, stable population really is a “demographic disaster”, then Norway (5.4 million, 0.7% growth) must really be going it tough without the population magic pudding. However, by restraining growth to modest levels, Norway has spread its significant mineral wealth over a smaller base and enjoys a high standard of living, free education and one of the largest sovereign wealth funds in the world (over $1 trillion).

Japan has long been touted as the economic basket case with its declining, ageing population, which has declined slightly (0.2% annually in the past decade). Japan’s 2020 population is smaller than in 2000. however, by almost any standard, it is doing very well. Unemployment is just 3.0% (up from 2.3% pre-COVID-19). Japan has stable house prices, very low crime rates and falling CO2 emissions. Hardly a “demographic disaster” by Liz Allen’s rationale.

Australia’s population has grown by 34% (+6.5 million) since 2000. Growth in the past decade is 1.7% per annum — three times higher than the OECD average (for example, the U.S. had 0.5%, Finland had 0.1%). More similar comparisons to Australian growth are in Africa or the Middle East. If we return to our pre-COVID-19 levels of population growth, by 2050 we might achieve the prosperity of Algeria (population 44 million, 1.7% growth rate). The “Big Australia” dream realised.

Australia faces an unemployment crisis. In September, unemployment was 6.9% under the generous ABS definitions versus 12.9% on Roy Morgan data. This excludes the millions of workers still on the Jobkeeper subsidy. Australia has a shortage of jobs, not a “skills shortage” as claimed by the “Big Australia” lobbyists. Effectively, a labour surplus. Adding further labour supply (via immigration) is illogical while unemployment remains high, along with negative wage growth.

With the immigration tap temporarily turned off, the Treasurer is still determined to keep the growth dream alive, encouraging Australians to boost birth rates.

So now our politicians feel entitled to meddle in a very personal matter like childbirth? Regarding children as nothing more than future consumers and taxpayers is reprehensible. Surely parents are motivated by more personal and emotive reasons than LNP budget repair.

And who could blame any family for opting to defer childbirth during 2020? A year of bushfires, pandemic anxiety and mass unemployment.

Both Federal and State Governments must consider population growth more holistically and factor in the multitude of costs of continued growth in future budgets. Indeed, our politicians might consider listening to electorate concerns and opinion polling, which do not support high levels of immigration and population growth. It’s time to end the “population Ponzi” of Australia.

Hamish Burns is a Melbourne resident and member of Sustainable Population Australia (SPA).

20 June 2020, 4:30pm While some advocate for population growth, the COVID-19 shutdown has proven some ...
Join the conversation
comments powered by Disqus
News updates