There is a lot of focus on the contribution social media has made to America's current political crisis.

There is no doubt that Twitter and Facebook enabled Donald Trump to first reach the position that he obtained. Then it allowed him to spew his lies and finally created the insurrection we saw last week.

It was of course not just the social media that allowed this to happen. The ultra-right media such as Fox News, One America News Network and NewsMax played a similarly prominent role in this process. In rural America, the ultra-right radio and TV broadcasters are the dominant players.

Fox News only changed its tack after the elections. Rupert Murdoch was, as always, the cunning fox ready to change its colours if it smells that it will start hurting its profits. So much for principled, independent journalism. These people at the helm of these media have made deliberate business and ideological decisions.

What is also very American and hard to understand is the media who opposed Trump and his lies were immediately branded at communists, socialists and enemies of the people.

The fear for government involvement in the American economy and society runs deep and goes to the heart of the issue of insurgency. Trump's supporters believe that their action to overthrow the newly elected government stops the country from being overtaken by communists, socialists and liberals.

The issue is that they really believe this; you could see that on the faces of the people that smashed their way into Capitol Hill.

Far-right broadcasters have direct responsibility for their actions, as they have fuelled this anti-government sentiment for decades. It is important to note that some social media channels remain messengers and by shooting them down, you do not solve the problem. Parler is a clear exception here.

A key issue here is that, as technology has made transactions and use of the internet damn cheap, these uncontrolled social media platforms have become ideal platforms to fuel those anti-democratic sentiments further.

But, blaming "the media" or "the internet" makes it look like that the problem becomes too big to solve and no company is responsible.

Overall, these platforms have provided significant benefits to our society. A minority of people have been and still are misusing these platforms and the damage done by these people warrants a thorough investigation into how to stop people with the intent to undermine civil society.

The European Union is taking initiatives to better regulate the internet and digital spaces, but it could take one or two years to implement new regulations. After the events in Washington DC last week, the question is can we wait that long.

Belatedly, Facebook and Instagram stopped Trump for using his accounts and Twitter banned him. While that is positive, it remains difficult for commercial organisations to make such decisions. While Trump has clearly infringed the rules set up by the social media channels, they remained reluctant to ban him as he was not just an ordinary person but the President of the U.S.

It is also very dangerous if commercial organisation become the regulators of free speech.

On top of that, with tens of millions of followers (Trump had over 80 million followers on Twitter alone) these tweets are a goldmine for social media companies. Their main goal in life is to make profits.

Over the last few decades, we have seen that social media has sucked the livelihood out of most traditional media companies. Many of the larger newspapers that survived had, again for financial reasons, to take part in polarisation to make their profits.

What we are seeing is that the underlying neo-liberal system is the main enablers of what after many years now ended in the insurrection that we saw happening in front of our eyes.

We need to take that financial incentive away if we are serious about protecting our democracies and our institutions. According to a poll, in the U.S. alone 68 per cent of Republicans do not believe the insurrection imperils democracy. 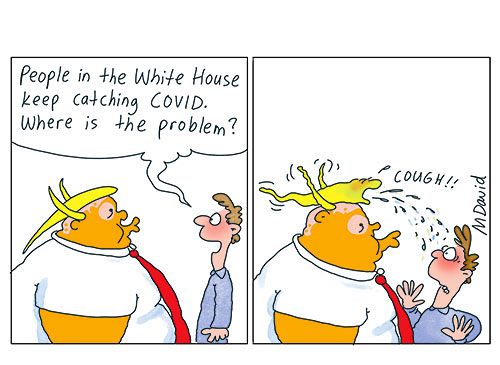 Trump might be going but the underlying problem remains and this will require structural changes to American politics, media, economics and society. Otherwise, it is just waiting for another demagogue to step up and take over the 70 million plus supporters of Trump.

Concentrating on media reforms, the abovementioned European initiatives is a good starting point. The question is: will a divided America be able to work together with the Europeans and others to tackle this issue?

It needs to be an international effort as these media are international. Other democratic countries have been able to maintain a much more pluriform, independent press. America is one of the only democratic countries where indoctrination has made such enormous inroads into the media. In countries such as China, Russia, North Korea this is also happening. But there it is based on totalitarian politics.

In America, there have been calls to repeal section 230 of the Communications Decency Act. Under that section, internet companies were classified as telecommunication companies and they received immunity for website publishers from third-party content. If the section was repealed, it would totally undermine the viability of the social media as companies would be sued left, right and centre.

Breaking the media up is another option, but it's a suboptimal choice. The European model is based on the global, digital reality of today and is therefore far superior. but much harder to implement.

Other suggestions include taxing advertising on social media to support the democratic functions social platforms have had a hand in dismantling, like local journalism. A somewhat comparable action has been taken by the Australian Government.

There clearly is a call for more funding for public broadcasting, something most democratic countries, including Australia, have in place. The BBC in the UK is perhaps the best and most successful example here. True public broadcasters around the globe have a constant battle on their hands as soon as conservative parties are elected, but so far, they have been able to survive.

If we are serious about democracy, structural changes are needed to regulate the digital sphere and more conventional media.