Simele: The massacre that history forgot

Vanessa Powell recounts her experience visiting the site of the Simele Massacre, an event that history seems to have forgotten.

IT'S 7 AUGUST and I’m on my way to Simele, a small town just outside of Duhok in Iraqi Kurdistan, to attend a ceremony commemorating the Simele Massacre of 1933. It’s little known, but 7 August is also known as Assyrian Martyrs Day, a day to observe and commemorate this forgotten genocide.

My companion and I arrive in an unimpressive Simele, not knowing where to go and end up spending about 15 minutes lost, on the side of the road arguing with our Kurdish taxi driver, trying to find the location of the gravesite. The area is now mainly inhabited by Kurdish populations, with small minority communities of Assyrians, Yazidis, Armenians and Arabs.

“There are no graves here,” the driver says and offers to take us to another town with a cemetery, about ten minutes away.

We have to explain to him that there were thousands of people executed here in Simele, but he knows nothing about it.

The Simele Massacre was a part of a wider genocidal campaign perpetuated by the Iraqi armed forces of the time targeting Assyrian Christians in villages around Mosul and Duhok. Led by General Bakr Sidqi and authorised by the newly-formed Iraqi Government of 1932, Sidqi had orders to eliminate any and all Assyrians. An attempt to quash Assyrian nationalism and resistance to the people of the Iraqi state who, at the time, were still campaigning for their own autonomous state and homeland.

A couple of phone calls later, we establish that yes, the taxi driver is right – there is no cemetery here – it was a mass grave and just a location to visit inside the town.

Finally, after some directions, the taxi driver takes us to a hill with a telecommunications tower. We end up driving right by a sign labelling the site as an archeological mound. 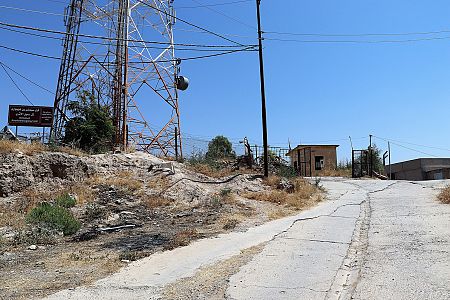 “There are just bodies buried everywhere”, Yosuf, a Christian man from Duhok, explains as we arrive at the site and begin to walk around.

The hill was historically the Simele town centre, with villages surrounding it.

Assyrian Christians fled to Simele as they were escaping looting and violence in surrounding villages, but Simele ended up being the site of the worst massacres. There were women and men among those executed.

For those who had lost family members in that genocide, after 85 years, the legacy of trauma still remains fresh in people’s minds.

“Two of my nieces died,” says Gabriel, an Assyrian man from Simele. He believes they (KRG and Iraqi Governments) do not care about Assyrians who have lived in Iraq for thousands of years. 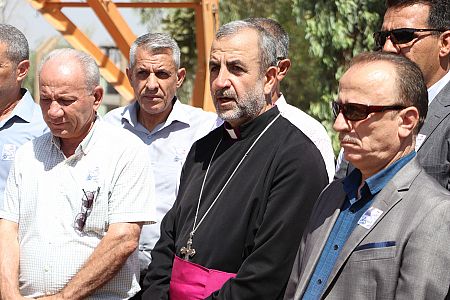 Bihnan Albazi, also from Simele, agrees. His grandfather lived there and they had a house, but they left the land and the house was captured by newcomers.

All of the people we met had relatives that were killed in the massacres. They could probably reclaim the remains of their relatives if proper attention was given to the site.

Neither the Iraqi Government nor the Kurdistan Regional Government has officially recognised the massacre as a genocide. 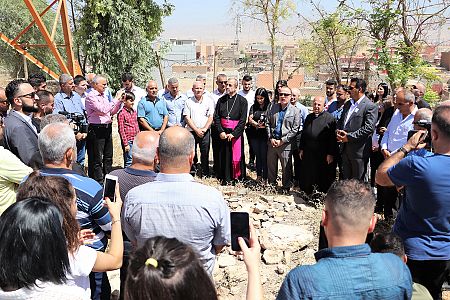 The ceremony at Simele remembering the massacre of 1933 (Image supplied)

Due to perceived discrimination, the lack of attention to Assyrian issues and recognition, 300 families have left the Simele area and their ancestral homelands in recent years and are now living abroad. There are only 100 families remaining in this area.

Iraqi Christians are calling upon the international community and media to assist them in gaining official recognition for this forgotten genocide. 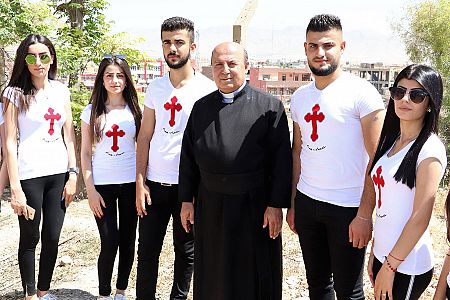 Vanessa Powell is an independent journalist currently based in Iraqi Kurdistan. 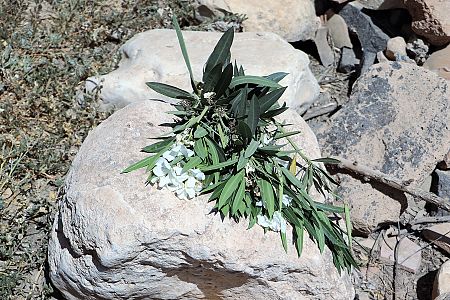 Simele: The massacre that history forgot