If the Prime Minister does not make his allegiances clear, we must assume he supports the seditious actions of outgoing President Donald Trump and his QAnon followers, writes Dr Jennifer Wilson.

IN THE TORRENT of condemnation that has followed the January attack on the U.S. Congress by followers of President Donald Trump, one voice continues to be remarkably absent, that of Australian Prime Minister, Scott Morrison.

While Morrison has conveyed his “distress” at the situation, he has spectacularly failed to condemn the instigator, the President himself.

Morrison has also failed to discipline backbencher George Christensen who promoted false claims that the U.S. Election was rigged in favour of the Democrats.

Further, Morrison has failed to discipline Liberal MP Craig Kelly who immediately following the insurrection disseminated false information, on social media, claiming the riot on Capitol Hill was the fault of 'neo-fascists and Marxists engaged in a highly co-ordinated "false flag" operation'.

The rioters who breached the Capitol complex have been identified as members of QAnon — a wide-ranging conspiracy theorist movement, among whose beliefs is the unfounded theory that Trump is 'waging a secret war against elite Satan-worshipping paedophiles in government, business and the media'.

The Proud Boys and members of white supremacist groups “Stop the Steal” and “Engaged Patriots” have also been identified as participants in the attempted insurrection.

Morrison has long enjoyed close connections with a leading Australian QAnon member, Tim Stewart. Stewart’s wife Lynelle is one of Jenny Morrison’s best friends and the two were bridesmaids at each other’s weddings. Lynelle Stewart is employed at the PM's Sydney residence, Kirribilli House, in a tax-payer funded position.

Tim Stewart was last year permanently banned from Twitter for “engaging in coordinated harmful activity” as part of the platform’s crackdown on QAnon accounts. His son, Jesse, was similarly banned. The President of the United States was also permanently banned by Twitter to 'prevent the incitement of further violence'  by Mr Trump.

It is surprising, if not seriously alarming, that Morrison, the leader of a liberal democracy, refuses to hold to account the perpetrators of a violent attack on a fellow democracy in a country with whom Australia prides itself on enjoying a close relationship. That the attack was instigated by the President of that country is all the more reason for other democratic leaders to take a vigorous public stand against these acts of sedition.

America could be heading towards a second Civil War

With the U.S. Election approaching, President Trump seems to be agitating his country into a frenzy of violence and hate crime.

And yet, the PM remains steadfastly resistant to holding Mr Trump to account. Morrison clearly expects that tepid and generalised comments expressing “distress” at the situation will suffice.

The justifications for the attack on the U.S. Congress centre on the false allegation that the election was “stolen” from Trump by the Democrats. The riot was preceded by weeks of provocative dissemination of these false allegations by Trump and his supporters. What we have witnessed over these weeks since the U.S. Election is a calculated attempt to overthrow the will of the people, as expressed in that election, by none other than the country’s current leader.

And yet, Scott Morrison refuses to address these fundamental and shocking threats to democracy in a country we count as our closest ally.

As fantastical as it first appears, the reality is that the Australian Prime Minister and his family have in their inner circle members of the very group that led the violent attack on the U.S. Congress. It appears extremely unlikely for anyone to be on such intimate terms with a member of QAnon without sharing, or at the very least being tolerant of, their beliefs. This is not a case of the crazy relative you have to put up with at family gatherings even though you despise their politics. The Stewarts are in the Morrisons’ inner circle because the Morrisons choose to have them there. They are close friends.

Scott Morrison has flagrantly demonstrated to Australia that he is willing to be very closely associated with an active QAnon member — indeed, is prepared to use taxpayer funds to ensure Lynelle Stewart is employed in the Morrisons’ Sydney home.

The confluence of Morrison’s friendship with Stewart and his refusal to condemn President Trump suggests sympathy with or tolerance of the beliefs and objectives of QAnon, that are entirely unacceptable in an Australian Prime Minister — an office that requires a staunch and visible defender and upholder of democratic principles.

In 2019, the FBI categorised the conspiracy theorists as a “domestic terrorist threat”:

“The FBI assesses these conspiracy theories very likely will emerge, spread, and evolve in the modern information marketplace, occasionally driving both groups and individual extremists to carry out criminal or violent acts…”

On 6 January 2021, the FBI’s predictions for QAnon proved to be correct. 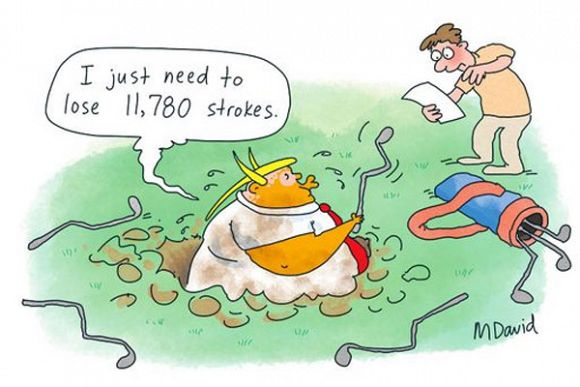 Where do the disunited states of America go now, with 147 Republican lawmakers still supporting a delusional madman who incited an insurrection?

The question of security – and Lynelle Stewart’s clearance – is relevant here. How is the wife and mother of two individuals belonging to an FBI declared domestic terrorist group cleared to work in Kirribilli House? How is Tim Stewart granted close access to the Prime Minister?

At the very least, Morrison shows exceedingly poor judgement in maintaining such close relations with a family steeped in the beliefs of a terrorist organisation that has just led a homicidal assault on the seat of democracy in the U.S. Five people lost their lives in this attack. Further violence is planned. At the very worst, Morrison is sympathetic to their beliefs. This disturbing option is given credibility by his refusal not only to condemn Trump and QAnon, but his refusal to condemn and discipline the backbenchers in his own government, Kelly and Christensen, who also support the dissemination of false information favoured by U.S. domestic terrorists.

The topics on which a country’s leader chooses to remain silent are as revealing of that leader’s beliefs as is his speech, if not more so, given the torturous convolutions Morrison’s speech frequently contains.

Prime Minister Morrison is under an urgent obligation to explain his position. He must make his allegiances clear to the Australian people. Otherwise, we must assume our Prime Minister supports the seditious actions of the U.S. President and his followers in QAnon.

Words matter. Our Deputy PM & acting PM plus a conga-line of LNP cranks and crazies back in extremist right wing insurrection. The LNP is Trumpified at its core #auspol

4 October 2022, 7:00am Our politicians are making poor decisions regarding the pandemic, essentially ...

6 September 2022, 8:00am The decision to reduce COVID isolation periods is one that defies common sense and ...
Join the conversation
comments powered by Disqus
News updates