Despite a bipartisan report concluding that Russia is again intervening in a U.S. election, Trump appears untouchable. George Grundy reports.

IN ANY OTHER ERA, the release of a report detailing direct connections between presidential campaign officials and Russian intelligence would be the news event of the decade.

The story of a Republican campaign chairman liaising directly with a Russian intelligence officer in order to sway an election would form a central part of any president’s legacy — in the same way that former President Bill Clinton and Monica Lewinsky, and former President Richard Nixon and Watergate, are inextricably linked.

In the Trump era, it may prove to be just another Tuesday.

Nevertheless, even by the standards of these extraordinary times, the revelations contained in volume five of the U.S. Senate Select Committee on Intelligence's bipartisan report into Russia’s involvement in the 2016 U.S election, remain truly shocking. 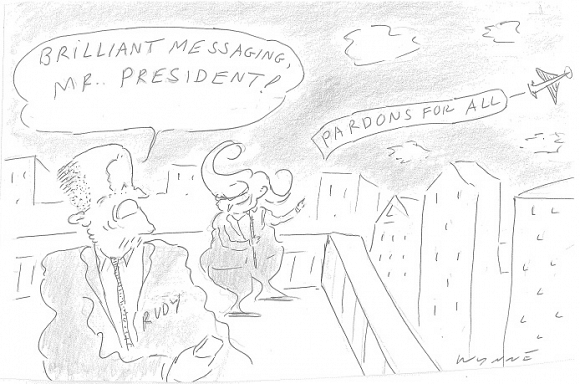 The current three-part ABC Four Corners series on President Donald J. Trump and his historical connections with Russian money launderers explains why he is so worried about Special Counsel Robert Mueller.

Those closest to Trump, including Donald Trump Jr and Jared Kushner, also met with intelligence-linked Russians and sought to conceal their meetings. This proximity allowed Russia to "exert influence" over the Trump campaign, and Russia’s clandestine backing was sought, welcomed, utilised and benefited from.

During the campaign, Russia disseminated stolen information helpful to Trump via Wikileaks, using political consultant Roger Stone as an intermediary. It’s almost impossible to imagine that Trump – who was in regular contact with Stone – was unaware of these activities. This likely explains Trump’s decision to pardon Stone last month.

Despite massive, systemic obstruction of the investigation by the Trump Administration, the evidence gathered was so overwhelming that in June 2019 the Senate Select Committee took the extraordinary step of making criminal referrals of Trump Jr, Steve Bannon, Kushner and two others.

Republican senators sitting on the Senate Select Committee knew all this when they voted in favour of the President during an impeachment trial that called no witnesses, brought for similar election interference.

If you are looking for a precedent, there isn’t one. In the words of journalist David Corn, it is ‘the most important scandal in the history of the United States’ and one that remains ongoing. Frighteningly, the report concludes that Russia is currently intervening in this year’s election, to again help Trump.

Perhaps more than anything, this illustrates the stakes at play in November. 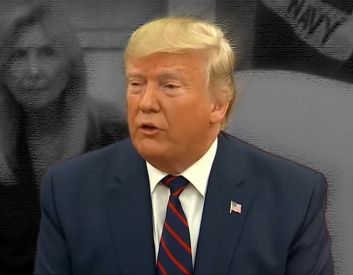 When Christians turn against you, you better start praying.

Should Trump lose, he is likely to face a lifetime of litigation and trial. It’s not impossible to imagine that Trump might go to prison, given his extraordinary malfeasance. But if Trump is able to reach the safe harbour of a second term, he will likely consolidate his power even further and forever avoid accountability.

So, it is in this context that the new revelations must be considered, as despite the rampant corruption and criminality in 2016, the fast-approaching election this November puts all other matters in its shadow.

Trump is unrepentant. He denies any wrongdoing and has said he will accept foreign intelligence again, despite being impeached for seeking overseas interference in the 2020 election.

There appears to be no length to which Trump is not prepared to go in order to avoid losing public office and with less than three months until election day, extraordinary actions are taking place to hobble the entire process.

Trump’s new Postmaster General has inexplicably removed over 600 postal sorting machines – slowing mail delivery – and taken post-boxes from roadsides in cities that curiously match battleground political sites. The U.S. Postal Service is in a state of collapse during the worst pandemic in a century — a crisis that will likely cause more Americans to wish to vote by mail than ever before.

Trump, who is trailing Joe Biden in every national poll, has poured scorn on the electoral process, claimed without evidence that the election will be "rigged" and suggested that the Democrats can’t win without cheating. The Republican party has hired 50,000 election "poll watchers" and Trump himself has said he will send law enforcement officers to polling places — measures which many view as an attempt to intimidate voters.

Strikingly, Trump is staging an election campaign entirely devoid of policy. During the worst pandemic in a century, with over 180,000 dead and an economy contracting at an annualised rate of over 30 per cent, Trump’s call to arms remains "I alone can fix it" — despite "it" being, increasingly, the mess he himself has made.

Trump has recently claimed that he should be allowed a third term, on the spurious grounds that his first term was marred by investigation. He used to claim that he was joking when he said this. Now it is clear he is not. Worst of all, Trump has refused to say that he will accept the election result.

No president has ever said this before. The word "unprecedented" has lost its currency in the Trump era, but it’s important not to forget how far outside historical comparison this irascible man’s actions are.

Trump has hollowed out many of the nation’s guardrail institutions, installing lackeys and donors willing to accede to his every demand.

He has a faithful servant in U.S. Attorney General William Barr at The United States Department of Justice. He and Senate Majority Leader Mitch McConnell have stacked the judiciary and if Trump gains a second term he will almost certainly be able to take complete control of the Supreme Court of The United States, the ultimate arbiter of constitutional power.

There has never been a moment in American history when its democracy has come under a more profound attack than the presidency of Donald Trump.

Many have suggested that America faces a moment of crisis this November, but with the U.S. Senate Select Committee concluding that Trump’s team was – and most likely remains – unwitting agents of Russia, that crisis appears to be arriving ahead of schedule.