The Ashby affair is like a a pointillist artwork, says the Ashbygate Trust — all the dots are there, it's just a matter of focus. New revelations and confirmations.

THE ASHBY AND HARMER leave to appeal hearings regarding the Slipper case were held on 2 and 3 May 2013.

That’s well over two months ago.

Their Honours, of course, are entitled to take exactly the time they deem necessary to make a properly-considered decision, but in the meantime any prosecution of the major players is effectively stymied.

Based on the evidence we have received ‒ both by anonymous email and now by signed and witnessed statement ‒ it’s entirely likely Manager of Opposition Business Christopher Pyne knew James Ashby well before the latter commenced his employment with the former Speaker. Of course, these sources may or may not be entirely correct in all aspects, but we have also been contacted by several other witnesses whose allegations are consistent.

When we get to court, the truth will out.

We know what happened in the meeting between Brough, Hockey and Palmer, because Clive told Slipper and Slipper told Hansard. And there was another witness beyond Peter Slipper to Clive’s confession, who has confirmed this occurrence.

The Age's original report, by Jonathan Swan, that Big Joe and Mal B had told Clive about the proposed allegations against Slipper before the fan was hit, looks certain to be true.

‘This was a Brough operation’.

Marr has that wrong in our view. There were at least two ‒ and most probably more ‒ Liberal and LNP MP's deeply involved in this affair.

Brough was part of it, no doubt about that according to Rares J, but what Mr Marr does not ask is: what motive would Brough have?

After taking Slipper's LNP endorsement from him, Mal was a shoe-in to take Slipper’s seat at the next election anyway. Sure, he might have got in a little earlier in a by-election if Slipper had succumbed, but it’s a lot of hassle and risk for a very uncertain reward.

Subsequent events show it has backfired — big time. Mal B is a loser walking.

Even Slipper’s nemesis, the once resolutely pro-Brough Sunshine Coast Daily, has now turned on him.

If we are to believe the version of events, as determined by the court, and your initial lies about your involvement in it, this scandal goes to the heart of your character - and whether your are worthy of being elected as the man to replace Mr Slipper…

It is interesting to note that similar approaches to Sunshine Coast MP Mark McArdle, Julie Bishop and Christopher Pyne came to nothing. Perhaps they had better judgment.

Or was the work delegated to Brough as an opportunity to put Slipper ‒ his arch enemy ‒ out of action?

Unlike the SCD, we are not at all convinced that approaches to McArdle, Bishop and Pyne came to nothing, but we do like their use of the word ‘delegation’.

Right now, the Ashbygate picture is a pointillist artwork. All the dots are there, it’s just a matter of focus. 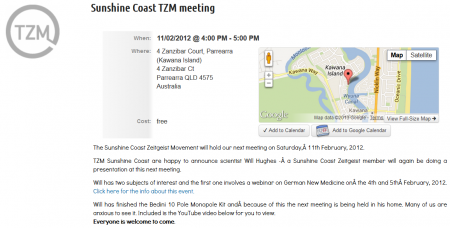 Get up to date on IA's Ashbygate investigation here. Find out about the Ashbygate Trust here.