WHOLE TOWNS AND CITIES are seemingly locked into more frequent and severe flooding. Business-as-usual development continues despite extreme weather and sea-level rises due to climate change. While some local councils have online mapping, others are still using outdated paper maps.

Repeated floods across eastern Australia have prompted the Planning Institute of Australia to call for a framework to update flood mapping to take climate change into account.

A flood map shows areas to be inundated based on risk modelling and past weather data. As well as identifying at-risk areas for land-use planning, these maps are needed for flood responses. The problem with static flood maps is they don’t show critical details of the hazard a flood will present.

Councils have a duty of care to provide flood maps that accurately identify areas at risk, as well as those that are safe. Yet existing information on riverine and coastal flood risks was “patchy and outdated”, the Institute said. 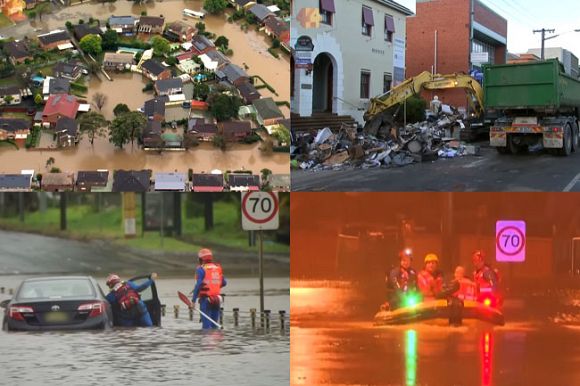 At present, there is a patchwork of datasets gathered and applied inconsistently by councils and water authorities, who often do not have the budgets to pay for the necessary modelling, or the political authority to apply controls at a local level.

This means that new housing and development can occur in flood-prone areas...

For many flooded communities, the immediate priority is to deal with the emergency. However, we should not lose sight of how urban planning has affected them, nor of the urgent need for planning frameworks to catch up with climate change impacts.

The floods have highlighted the glacial pace of adaptation to climate change by planning frameworks at all levels of government.

For example, the New South Wales Government's direction on flood-prone land that took effect in July 2021 still adheres to the principles in the state’s Floodplain Development Manual from 2005, which advocates for development on floodplains. 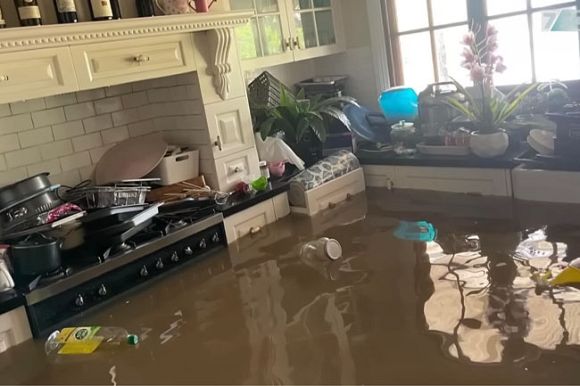 As climate change impacts continue, home insurance can be made fairer for those with homes at risk from floods and fires.

Those on the front line of the flooding see things differently.

The Mayor of Wollondilly, southwest of Sydney, said:

“Raising Warragamba Dam is not in the interests of Western Sydney, potentially costing over $2 billion and enabling developers to cover rural floodplains with housing, as well as the possibility of creating a sense of complacency from those still at risk of catastrophic flooding.

The National Climate Resilience and Adaptation Strategy, based on a 2012 Council of Australian Governments (COAG) report, outlines the roles and responsibilities for adaptation of the three levels of government.

‘Local governments are on the frontline in dealing with the impacts of climate change.’

So local councils are seen to have a crucial role in adaptation at a local level. But how are underfunded councils to manage the ongoing damage to infrastructure and the legacy of development in areas hit by supercharged weather systems?

It’s a legacy that led to $7 billion in insurance claims from floods, storms and cyclones in the past 18 months. 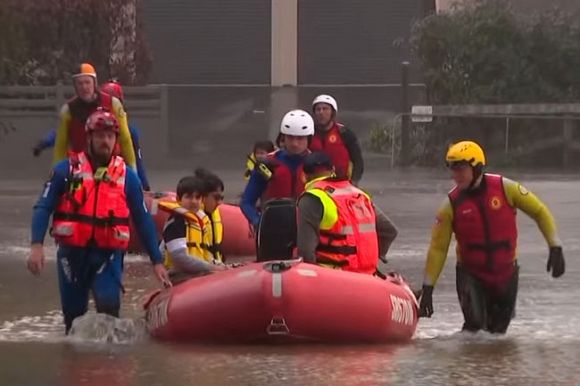 The politics of flood mapping

The flood-mapping issue is complicated by a level of political entrenchment related to property rights. Councils are wary of upsetting voters and ratepayers who see their assets devalued by a flood rating. When the Gold Coast Council released updated flood maps in 2018, for example, it caused a stir among residents.

On the NSW Central Coast, the local council completed a flood study that concluded a majority of the housing lots would be flooded as a result of rising sea levels in coming decades. Yet the council removed the option of retreat or property buyouts under pressure from residents. They preferred adaptations such as levees, walls and raising their buildings. Councils would need to secure additional funding to cover the costs of such measures.

On the other hand, there was community opposition to a planned levee in Seymour, because of concerns about the loss of river views, access and habitat. This led the local council to abandon the levee to protect homes and businesses that have now been flooded.

We must plan for the long term

Even before the latest floods, the Insurance Council of Australia (ICA) issued a statement, Building a More Resilient Australia. 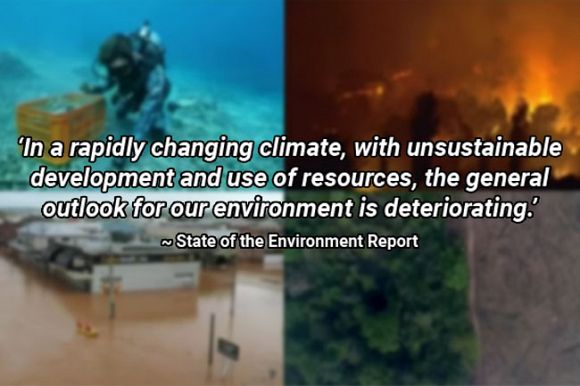 “...it’s imperative that governments at state and federal level commit to a significant increase in investment in programs to lessen the impact of future events. We also need to plan better so we no longer build homes in harm’s way [and] make buildings more resilient to the impacts of extreme weather...”

If the insurance industry gets it, why are governments still allowing new development in high-risk areas? Some see developing these areas as necessary to solve the ongoing affordable housing crisis. Others consider it entwined with development industry lobbying. And some councils want the rate revenue and fear costly court actions over refused development applications.

So to the greater question: how are governments addressing the climate risk of flooding and urban development within the planning frameworks? Regional and state plans take a long time to draft, put out for public consultation, redraft and get approved.

Planning frameworks must adapt to the climate crisis. This requires land-use approaches that direct people and property away from hazardous floodplains.

This article was originally published by The Conversation under the title 'Some councils still rely on outdated paper maps as supercharged storms make a mockery of flood planning'.