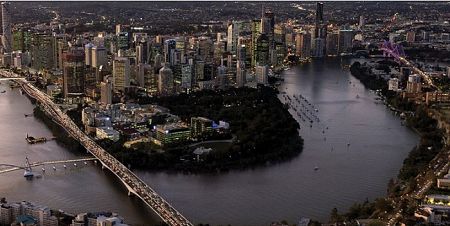 WITH BRISBANE already known as the city of bankrupted tunnels, all of which were financed through public private partnerships, It's disappointing to see the Queensland Labor Government backtrack on plans to fully fund the much touted Cross River Rail and elect the PPP funding model. The $5.4 billion project, which consists of a rail link, a tunnel, four stations and other components are thought to be vital to the future growth of Brisbane, although some argue its benefits are overstated.

The Federal Government is refusing to fund commit funds until 2019 and, with a state election looming, it appears the largely drowned out announcement made during a trainwreck press conference by Deputy Premier Jackie Trad, was made in an attempt to enhance their upcoming election chances, with Opposition Leader Tim Nicholls claiming the project is vital to saving the Deputy Premier’s South Brisbane seat.

If Labor is trying to remake their image as a party that “fights for fairness, equality and social justice”, with some in the ranks saying fighting inequality should be the parties main task, then public private partnerships are not the way to go. The Queensland electorate has already made its thoughts known on this subject. The public understands the higher costs and poorer services, and the other social costs these type of policies lead to.

A public private partnership is an arrangement whereby building, operation and financing are bundled in one long-term contract awarded through a tendering process. It is evidence that some sections of Labor still haven’t caught on that rising inequality is a real issue and discredited ideas are on the nose.

Ms Trad’s claim it will spread the risk may be true in some respects, however, It still will put the costs back on to the broader community for the long term, while ensuring a steady stream of income for the private partner.

Professor Flavio Menezes from the University of Queensland argues that governments often end up absorbing some of this risk when private companies flounder because of cost blow-outs, debt servicing problems and, in some cases, low patronage.

Business exists to make money. The project will put upward pressure on Brisbane’s already high public transport prices and strain the budget over a longer period of time with the potential to privatise profit and socialise losses. If patronage is lower than expected, costs will have to be met from elsewhere. Ms Trad’s statement that partners will profit through “long term activity payments”, means our tax dollars will be used to pay these fees directly to the private partner, who in turn will help build, run and maintain the infrastructure. Penalties will be imposed for poor service delivery.

'... perhaps one the greatest urban, economic and social planning failures of the last decade.'

Brisbane’s last two major tunnel projects funded in this way both ran into major problems. The Clem 7 tunnel was placed into receivership after it failed to draw the number of motorists predicted and the Airport link suffered a similar fate, with its share price collapsing to 0.01c, the lowest price possible on the Australian Stock Exchange.

Infrastructure Australia has already stated in their evaluation, that the

'... the costs of the cross river rail are likely to exceed the benefits as they have serious concerns around patronage growth, which in turn to an overstating of the benefits the project would bring.'

As there are no tolls on the project like the Clem 7 and Airport Link, and payments being made regardless of use, the Government is risking long term pain to the community and its elections if the projects financial viability stack up.

Sydney’s Cross City and the Lane Cove tunnels are other PPPs that have failed. Both have faced major problems, with lengthy court trials and accusations of government bailouts. In 2010, the developer for the Lane Cove Tunnel was placed into of receivership with debts of over $1.4 billion. The cross city tunnel suffered the same fate in 2006, with $560 million owing.

'... huge fees were generated even in projects that spectacularly failed or by extracting monopoly rents from privatised monopolies.'

Another prominent critic of PPPs is World Bank vice president in charge of integrity, Leonard McCarthy, who has said they

Major projects have been financed in this way by governments of all persuasions since the days of Thatcher. They have been described as “budget trickery”, as they help conceal government spending and move debt off the public balance sheet into the hands of private companies. This often leads to increased and longer lasting costs to the taxpayer and, in some cases, a decrease in overall access to the service.

PPPs can have advantages during the construction phase of major projects with risk sharing and productivity. They can also increase government responsiveness if vital infrastructure is needed and when financing requirements outstrip public funds. Some say they also lead to greater innovation through the pooling of resources. However, these policies have led to more private sector involvement in the provision of services and have contributed to the overall increase in inequality, evidenced by such things as greater cost of living pressures, less secure jobs, lower and stagnating wages, and greater stress on families with a reduction in the overall social safety net. This project should be financed and operated by the public sector for the benefit of all Queensland. Its not that PPPs don’t always work, its the social conditions these type of arrangements help create.

Billions of public dollars are on the line and using a PPP model to finance the rail line will put upward pressure on fares through the regular fees imposed by the private contractor, inflict years of pain on the taxpayer, with profits going to the private partner. Policies such as these ensure further electoral disenchantment, especially if Labor start talking about inequality and don’t take genuine action to ensure its decline. This will ensure the rise of parties like One Nation. Some within Labor have caught on to the success of Jeremy Corbyn and Bernie Sanders, but they also have the understand the conditions that gave them relevance and popularity.

This latest policy back flip by the ALP show us that neoliberalism is still flavour of the month in Australia.

#CrossRiverRail and #BrisbaneMetro will together create 'turn-up-and-go' public transport for all of SEQ. You bet it's happening! pic.twitter.com/zlxTFU7uF8

18 March 2018, 8:00am Darren Rexter examines the ways in which the privatisation of the Commonwealth ...

6 September 2017, 11:30am The Queensland Government's decision to fund it's Cross River Rail project via a ...
Join the conversation
comments powered by Disqus
News updates