With the cost of living growing and home ownership becoming increasingly distant, governments need to pull Australia out of its downward spiral of poverty, writes Gerry Georgatos.

AUSTRALIA IS ONE of the world’s richest economies, but affluence lives alongside grinding poverty. Australia is not just a tale of division – of haves and have-nots – but of the mega-rich, the 1%, the 2%, the 10%, homeowners, mortgagees, renters, social housing living families, houseless transients and the street-present homeless.

I describe an Australia of indisputable increasing street-present homelessness and abject poverty. Of more people than ever before living in actual relative poverty, despite living just above the accepted Australian poverty line. A poverty line that needs to be raised.

On average, Australian adults are the richest in the world, with an average net wealth of $315,000. One in ten Australians is a millionaire. Australia has one of the greatest densities of “one per centers” and has a deep treasure trove of national net wealth.

Australia’s GDP per capita rank is 10th in the world. Its total wealth, as of the end of last year, surpassed $11 trillion. And in recent years, national net wealth, the treasure trove, hovered between $11 trillion to $15 trillion.

As I have written previously in Independent Australia, Australia’s poor and underreported comprise maybe half the national population. Statistical narratives and skewed data mask grim realities. 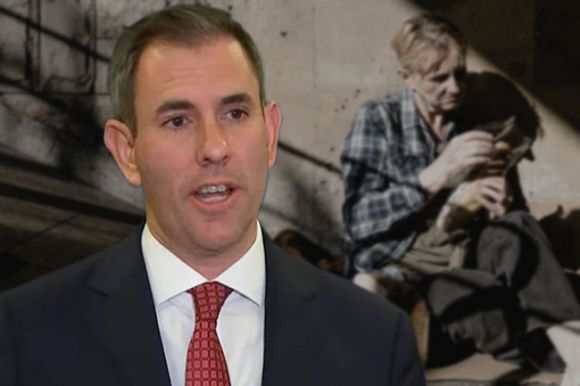 A strategy by Treasurer Jim Chalmers on fixing our budget situation could worsen Australia's poverty, suicide and homeless statistics.

Despite socioeconomic hits on the general Australian population during the first two years of the pandemic, the wealth of Australia’s 47 billionaires doubled to $255 billion. It’s a worldwide phenomenon, with the ten richest individuals doubling their troves to $1.9 trillion.

But the nearly ten million Australian workers variously struggle and increasingly so, not just because of the pandemic but particularly so over the last four decades. Since 1983, real labour costs have been reduced by 24%, while the net share of national income consigned to profits increased to its present record high of 32%.

A tragic marker of the depth of poverty is the suicide toll. The lowest quintile of income base comprises the highest proportion of suicidality. We need the truth of the extensiveness and depth of Australian poverty.

The Melbourne Institute of Applied Economics reviews annually the Henderson Poverty Line, which claims Australian poverty at less than $460 per week for a single individual. How is it, say someone on $600 per week, is not living in poverty?

For a family of four – two adults and two children – less $930 per week. The poverty line is attributably arrived at by halving the median household income of the total population.

Poverty is mounting. It is a persistent crisis that will tear at this nation. In time, there’ll be no more lies, just divides. 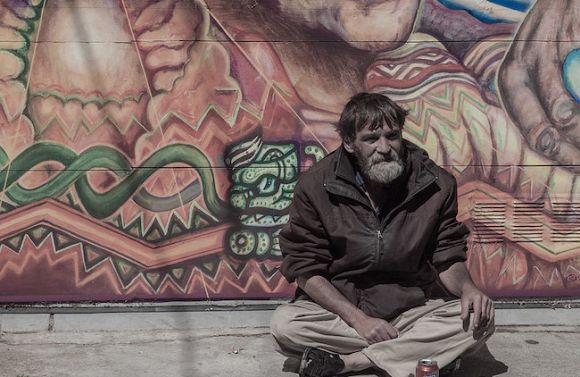 There is a tsunami of poverty-related issues and draconian laws swamping offenders and filling prisons, yet we continue with the punitive penal estate despite its failure.

Unless Australians have their home paid off by retirement and have at least hundreds of thousands of dollars in savings, they’ll live their last stretch of life struggling. With the passing of each year, fewer Australians will be on track to achieve this.

When we disaggregate, there are thunderous shocks. We know 40% of Australia’s First Nations People live below the Henderson Poverty Line threshold. Sixty per cent in Western Australia and three in four in the Northern Territory. However, if we go with my claims, the Georgatos Poverty Line claims, sadly, nearly 80% of Australia’s First Nations People live in poverty. Arduously, there is still a horizonless road ahead for our First Nations brothers and sisters. Those who are doing well among them, the haves, are still a minority.

If we disaggregate Australia’s underemployed, 1.2 million people work between one hour to ten hours a week. Alongside support payments that barely pay a hovel’s rent, hiding from debtors and bailiffs. It’s an extraordinary marker — one hour of work a week and you’re counted as “employed”.

All forms of homelessness comprise 300,000 Australians, not the touted 120,000. All forms of rough sleeping – including pavement and car sleepers – are at least 15,000 Australians, probably in excess of 20,000, but certainly not the Census count of just under 8,000. This is a crushing poverty, where the tortured souls within die prematurely at ten times the rate of household Australians.

The Australian story of home ownership is fast-changing. Less than one in three adult Australians fully own their home. The majority are above 65 years of age. Within a decade, the statistic will be one in four and after another decade, one in five. Another one in three Australians live with mortgage repayments; the majority, at death, will not have resolved the mortgage. One in four Australians pays private rent, hostage to landlords. For many, rents are higher than mortgage payments on an average house.

Affordable housing promises by governments are a myth. There are no courageous economic strategies to regulate Australia’s world record high average of property and house prices. The mental health of Australians is increasingly indentured to socioeconomics, to cost of living, to employment. 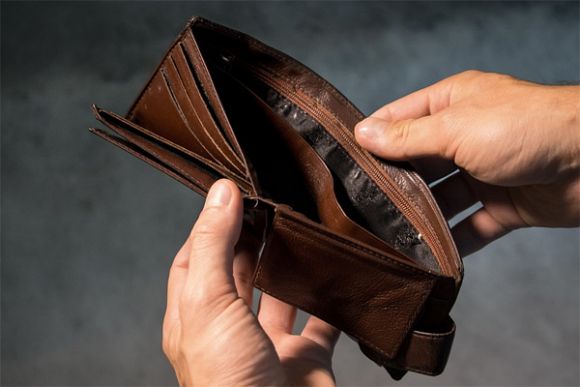 Any serious housing strategy must begin with a triage approach, a needs-first base, with nearly 200,000 public and social housing rentals for the houseless and homeless who live on the lowest in the country, most with just Centrelink payments and beggary. If we cannot get social reforms right for the most marginalised, for those in crushing poverty, we are never going to inroad through poverty.

For the record, 75% of eligible working-age Australians are employed, so the criteria used by governments to argue “unemployment” rates between 3-5% have always been disingenuous. Within a decade, less than 70% will be in some form of employment. Thereafter a further decade, the rate will be thereabouts 60%. Without a universal living wage, the future is gruesomely bleak. Governments can lie to the people and to themselves all they want, dish out pittance and symbolism, but reality always bites.

Without the national consciousness educated, without stellar debates between a genuine wide remit of experts, we are facing the worst of times. What sort of society are we, when hundreds of thousands of Australians are not able to put food on the table every day of the week?

Several individuals in the Australian Labor Party were smitten by the catchphrase I’ve used for years – “leave no one behind” – and they kindly appropriated it for their election campaign. I didn’t mind. What I do mind is unless they do more than has been done during the last several decades and undo much of the damage by governments of those several decades, they will leave more people behind than ever before.

Australia’s suicide toll is intertwined with poverty and socioeconomic stressors. Impoverishment in a high-cost-of-living nation strips away critical protective factors, erodes resilience and makes for drudgery and unhappiness. The tipping points are many and include relationship breakdowns, disordered thinking, emotional fatigue and implosions, psychoses and substance abuse.