The Women’s International League for Peace and Freedom (WILPF) and the U.N. Commission on the Status of Women (CSW) have expressed concern about the high rates of poverty and unemployment and Israel’s illegal practices of ‘home demolitions, evictions of Palestinians, the revocation of residency rights and arbitrary detention and imprisonment’ as part of the systematic violation of their human rights.

According to PCBS, on 8 March, three women were killed by the Israeli forces, 128 women were arrested in the West Bank, Jerusalem and the Gaza Strip borders in 2020 and there are 40 women still in the Israeli prisons as of the end of 2020.

The monthly average of Palestinian structures targeted by Israel has increased by 65% this year compared to 2020. This environment of escalated violence from time to time has already made grassroots participation empowerment activities impossible as the local organisations need times to assist women and their families to recover from and accommodate each cycle of violence.

Domestic violence against women has increased since the beginning of 2020, with 11 at the hands of their abusers. Even before COVID-19, the rates of violence against women were high. Palestinian civil society has been playing a significant role to support the Government’s role in dealing with containing the spread of COVID-19.

The majority of women are located in the most vulnerable and marginalised areas of the Gaza Strip and the West Bank. Palestinian society generally assigns women to household work and bringing up children. There are some groups, including women, who believe that the proper place for women is in the house, cleaning, taking care of children and preparing food.

The majority of men believe that women are not able to deliver and contribute to social development policies and society’s political process. The percentage of households headed by women in Palestine in 2020 was 11% (12% in the West Bank and 9% in Gaza Strip), owing to the absence of the husband as a result of death and political prison in Israel.

There have been very few young leaders and local civil society organisations (CSOs) who have attempted to change the circumstances and constraints that have placed women in difficult situations. For example, a Gaza-based organisation, Society Voice Foundation (SVF), has recently launched a project to empower women’s engagement in fighting domestic violence. Palestinian CSOs have long experience of adapting the scope of their work and activities to societal, political and economic shifts. 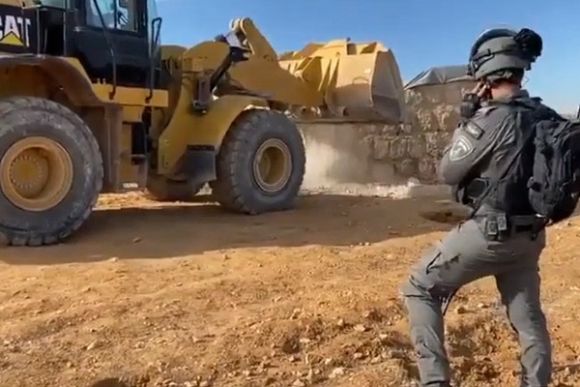 The pandemic hasn't stopped Israel’s appetite for land confiscation and demolition of Palestinian houses in the West Bank while besieging the Gaza Strip.

The economic, social and/or political situation of women has not changed during the pandemic crisis; there is still a gap in the participation rate and average daily wages of men and women. However, some women still seek to play a role in the market, fighting poverty, inheritance deprivation, domestic violence and unemployment.

The percentage of women ambassadors in the Diplomatic Service is 11%. Moreover, there is one woman holding the position of governor out of 16 governors. Women's participation in the civil sector stands at 45% of the total employees, but when looking at those who hold the rank of director-general and higher, we see the gap reflected with just 14% of women at this level, compared with 86% of men.

These circumstances have made the Palestinian women suffer from a high level of violence, poverty, lack of opportunities and absence of hope. These impacts are further implied in contexts of fragility, conflict, refuge, displacement and emergencies where social cohesion is already undermined and institutional capacity and services are limited.

These circumstances also imposed huge challenges and restrictions on women and their social, political engagement, economic development and activism. Palestinian CSOs have been facing major challenges during the pandemic as a result of successive crises striking the Palestinian society; however, they have continued their operations to assist women’s empowerment during the pandemic, economic deprivation and political deadlock.

In summary, I discuss in details these serious challenges in my book, Conflict, Civil Society, and Women’s Empowerment: Insights from the West Bank and the Gaza Strip.