Our barbaric judicial and political system

MY FATHER, who was a true visionary, said something to me when I was still quite young that has stayed with me all my days. He said he envisioned a time, in the not so distant future, when people would look back upon this age of ours and denounce us all as barbarians — much as we do when we consider our antecedents from our own, not so distant, past.

It is easy to conceive such a future judgement being delivered upon us.

Every day, we kill each other, extinguish wildlife and damage our world.

In the main, we do this out of habit — so we can continue to consume rapaciously, like locusts, with seldom a thought for future generations.

We think that we have come so far, but we forget, foolishly, that every age of man is modern in its own time. All we can really say is that, perhaps, we have evolved beyond those who came before us — mostly.

In truth, though, we are still a primitive tribal species — ruthless, crude and brutal.

THE BRUTAL AND UNFAIR JUSTICE SYSTEM 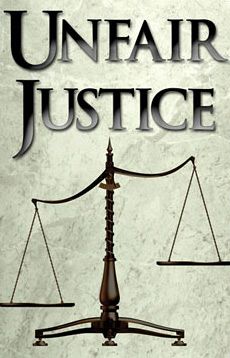 In Australia, a good example of this is our justice system.

Our legal system is much lauded in our society as a social good. Lawyers inhabit many of the most senior positions in society and, in fact, our PM and Opposition leader both hold law degrees.

But, quite a ways away from being a system of natural justice, our legal system is based upon the archaic practice of adversarial justice — otherwise known as "might is right".

In this system, rather than an independent arbiter working through the merits of each case to try determine a fair and just outcome, instead legal counsel for each party “battle” each other in court, using every means at their disposal, to reach the best outcome for them and their side — in that order.

This isn’t far removed from medieval times, where complaints were often been settled by two champions meeting on a field and battling away with swords, or lances, or spears — or whatever. Either way, the party with the best champion, by law or sword, would usually win. Those who could only afford a lesser champion, or who couldn’t afford a champion at all, so that they'd need to fight their own battles, would usually lose.

As we know by bitter experience, a powerful person usually wins by the law, irrespective of whether they have right on their side.

This, of course, as we all know, dissaudes most people from even seeking justice when they have been wronged by a powerful opponent.

This fatal flaw in our legal system should be entirely unacceptable to all of us.

Justice is not for all, but rather for those with the deepest pockets.

So, why has it not been reformed so that we have an inquisitorial rather than an adversarial system, like most European nations? Put simply, it is because lawyers dominate the political process — more lawyers represent us in Parliament than any other profession.

Lawyers love the way our society benefits them.

It ensures that reforms are difficult, if not impossible, to achieve. In addition, the legal industry jealously protects itself from any reform by insisting upon self-regulation — just like the media industry, come to think of it.

(Read more about the inherent flaws in our justice system in Walkley Award winning journalist Evan Whitton's writings, including his excellent 1994 book 'Trial by Voodoo' – which may be now be read online – along with his 2010 book Our Corrupt Legal System, which features damning statistics showing how far removed from true justice the Australian system has strayed.)

Our political system is like the justice system in that it is also adversarial. The design of the system is democratic enough, but our application of it is tribal.

Democracy is said to be government for the people by the people and Australia has a system that could satisfy this definition. Federally, the Constitution dictates that members of Parliament (MPs) represent the people from distinct areas, or electorates. Similarly, in the Senate, those elected are elected to represent larger areas, States and Territories. Technically, MPs and Senators should look towards the interests of their constituents when they vote in their respective assemblies.

Unfortunately, in the main, they don’t. Perhaps there is something hard-wired into the human psyche – a tribal gene – in which we feel compelled to band together with those we feel are like us and battle against those with whom we don’t identify. So, instead of our politicians representing the people who elect them, their first loyalty is to their party – their tribe – blue, red or, occasionally, green. In Australia, we have a system of strict party discipline in which decisions are made behind the scenes in the party room and all party members will vote the same, in blocs. If the interests of a party members constituents are contrary to the wishes of the party, a politician will ignore the wishes of his constituents.

“…it's no good assaulting the TV set, we know how the system works, the importance of unity and the strength of political aspiration. In politics, even the best of men and women would usually sell their grandmother for the chance of office….once you're on the ladder it becomes harder to be outspoken.”

It is all about power, and being a candidate from a major political party provides an aspiring politician with the only realistic chance of them gaining power and the prestige that comes with that power. Despite less than 1 per cent of the Australian population being members of a political party, the reality is that most people in society identify themselves with a political party and will vote for them at each election. People choose a party like a footy team, or simply because ‘that‘s the way our family always vote’. In other words, for tribal reasons. Less than 15 per cent of the population are evolved enough to exercise their democratic rights to choose outside their tribe by being “swinging” voters.

And so we continue to elect either the Coalition or the Labor Party to govern us every three years. During each of these terms, the party elected to power in the lower house will, because of strict party discipline, ensure that only legislation they support has any chance of success. Some say that when the Senate, the so-called house of review, is not controlled by the Government, as is the case at present, then democracy is the winner. This is false. What actually is likely to occur is legislative stalemate. An upper house can block all the bills put forward by the Government and the Government will then fall into a form of legislative paralysis. In extreme circumstances the Senate may go so far as to block supply, potentially leading to a crippling of the Government of the day's ability to govern, which led, in 1975, to its dismissal. Either way, nothing happens without the approval of the Government. In effect, for the term of every Government, the country is in a state of partiocracy: rule by parties. The ultimate goal of each party is to be in power always, so that the country becomes a one-party state, or in other words, an autocracy—the very antithesis of a democratic nation.

The fact that only one of two parties, generally, is able to take power makes it easy for systemic corruption to occur. Those with an interest in working the political system for their own benefit only have to sink their tendrils into one or both of the two major parties and they are certain to have gained significant, yet unelected, influence. This is done quite easily, and even legally, through major party political donations. You can see how this works by the Liberal Party objecting to plain paper packaging for cigarettes at the moment almost certainly because cigarette companies are one of their major donors, having contributed millions to Liberal coffers over the last few years. Cigarette companies don't need to say a thing, merely the threat of them removing their campaign funding is likely to be enough to have brought the Libs into line. And, of course, you can similarly observe the Labor Party acting in the interests of unions because they are one of their major sponsors.

Some solutions to the domination of Australian politics by political parties spring immediately to mind.

Firstly, we could outlaw parties attempting enforce strict party discipline. For example, it could become illegal for a political party to disendorse a candidate for not following the party line. Secondly, Australians should elect more Independents, those politicians that are not members of any party, and who therefore must – in their own self-interest – place the interests of their constituents as paramount. This way, perhaps we will get the best and most qualified people for each seat, not simply career politicians who are prepared to climb the slippery slope of factional party politics and party pre-selection.And maybe then we could evolve from our tribal roots so that the the Executive – the cabinet – are selected by merit, not merely from the party with the most seats, normally on the basis of factional deals or party politicking.

It would be nice to think that we could have Government built on consensus, merit and democratic principles. Unfortunately, it will probably be a long time before we develop the will to be able to put our tribal nature behind us and embrace true democracy.

(This story was originally published in an abridged form, without any reference to the justice system, in On Line Opinion on 9 June, 2010)