A 17-month parliamentary committee investigation failed to expose the disastrous decision-making which enabled the spread of COVID-19 in NSW, leading to a national emergency.

But leading epidemiologist, Professor Tony Blakely, was scathing in his evidence:

"The lockdown was too slow, not hard enough and has actually got New South Wales into the predicament it has now and the rest of the country exposed to incursions. That is a simple statement of fact."

In contrast to Queensland’s decision to give its Chief Health Officer the power to make public health directions such as lockdowns, thus divorcing decisions from economic considerations, decisions in New South Wales are made by a crisis cabinet of seven politicians.

NSW Premier Gladys Berejiklian has made her Government’s focus on business and opposition to lockdowns clear but she has not been questioned by the Committee and Treasurer Dominic Perrottet has refused to appear.

The Premier told the ABC in July last year:

And late last year, she said the biggest challenge for 2021 would be:

"... having the right balance between dealing with the virus but then also keeping the economy going as strongly as possible."

There should be no debate about priorities in making decisions about the pandemic. A judgment in the House of Lords stated:

'It is the first responsibility of government in a democratic society to protect and safeguard the lives of its citizens.'

"It is imperative that the Parliament keep the Government accountable for its actions in response to the pandemic."

But how the crisis cabinet tries to strike a balance between people’s lives and the economy is still a mystery.

Health Minister Brad Hazzard and chief medical officer Dr Chant have appeared before the Committee three times but Hazzard often insisted on answering questions put to Chant about her advice to the crisis cabinet and how it was treated.

Dr Chant was asked on what date the public health team started preparing advice in relation to locking down parts of Sydney in the latest outbreak and on what date specifically had the advice first been provided to the Health Minister.

When the Minister interjected, the Chair said:

"The question was put to Dr Chant and if you would allow Dr Chant to answer."

In another exchange in which the Minister had answered a question directed to Dr Chant, the questioner pointed out:

"I am actually asking the question of Dr Chant."

To which the Minister responded as disorder broke out:

"Could I just remind you, it is my right to answer questions."

There are snippets of evidence that give clues about the State's priorities.

Dr Chant said the basis for the decision on June 25 to lockdown was a written recommendation to the crisis cabinet. 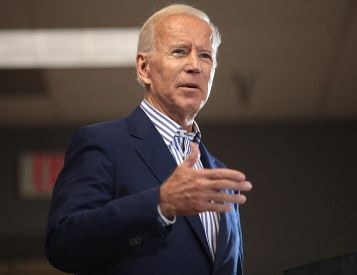 "Did you provide verbal advice prior to 25 June that you thought that there should be a lockdown?"

"There would have been a range of discussions with the Minister, but the formal advice around going into lockdown was provided on the dates when the lockdown was instituted."

There was a follow-up:

"Dr Chant, I understand that you are not providing precise dates. Would you be able to provide on notice to the Committee the escalating issues that were raised prior to the lockdown on the 25th?"

"I will answer that because obviously those issues go to crisis cabinet, which is a subcommittee of Cabinet. Dr Chant is under oath and she has given you the evidence, which is quite clear, so she will not be providing any documents."

"Would you be able to provide the Committee with information on advice that you have provided for stronger restrictions since the beginning of the lockdown and then articulate to the Committee which ones of those have been implemented or not implemented?"

"I think the Minister has indicated that we have provided a lot of that advice through crisis cabinet processes so I am not sure that I can specifically release that information."

"I am just going to ask one question to Dr Chant. Have you provided recommendations for stronger measures than what the Minister and the Government have adopted?"

There were admissions that the Government had competing interests to contend with. 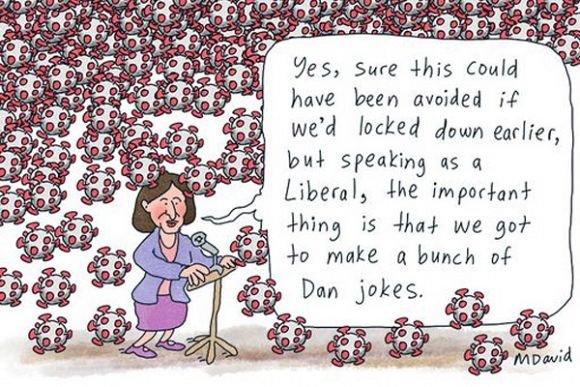 "In the end, I do recognise the intersection between the economy and health — and it is not a dichotomy, because without health we know that the community's willingness to go into environments or enjoy themselves or participate in those things declines as well. We have to optimise both."

"The economic issues are intermingled with the health issues to a degree."

Chair Shoebridge summed up the issues:

There was no straight answer.

But there were some piercingly straight answers to the Committee from epidemiologist and public health medicinal expert Professor Tony Blakely:

"I do not actually know an expert outside of New South Wales who, in that period from late June to early July, was not bewildered that there was not stronger action being taken at that stage."

Could it be that the Premier’s refusal to lockdown early in the current crisis was related to her promise on May 28:

"… we made sure that we had the systems in place to be able to weather whatever came our way so that we would never go into lockdown again."