Even though the Opposition is edging in front in the polls and Prime Minister Abbott is looking shaky, Michael Galvin says the Government has a readymade replacement waiting in the wings.

FINDING MYSELF with some time to kill in Canberra yesterday (9/12/13) afternoon, I decided to attend Question Time. It was an instructive experience.

Firstly, all preconceptions about the underwhelming performance of the present Speaker were confirmed.

This Speaker is so far out of her depth it is painful to watch. Stuck up on her lonely high chair, with only thick reference books to guide her, even those on the Labor side seemed to be feeling pity for Bronwyn Bishop. The way Manager of Opposition Business Tony Burke approached her reminded me of the deference one shows to an elderly but cranky aunt who is losing it.

She is clearly partisan in her calls and comments, and doesn't particularly seem to know or care that this is so. It would be interesting to see how many times she admonished "those on my left". From where I was sitting, those "on her right" seemed to be making just as much noise. She is slow, forgetful and easily fazed. Hardly great qualities when the pressure is really on.

Also, maybe it was the week before Christmas, maybe it was because their Leader was on a plane bound for South Africa, but whatever the reason, the Speaker seemed to be treated with even less respect by her own side than by the Opposition. Many of them talked and laughed and moved about chatting to one another through much of Question Time.

My conclusion? Speaker Bishop would not have lasted five minutes in the last Parliament.

The absence of the two leaders yesterday was also a good opportunity to observe the underlying dynamics of this Parliament without the distracting bright light that is always shining on those two roles in our adversarial, gladiatorial system.

Without Abbott and Shorten being the focus of attention, I learnt two things that were not obvious to me before.

The first is just how daunting it must be to be in the Opposition now and be faced with so many opponents on the other side. The numbers roll off the tongue easily, but when you are daily confronted with an army of many more enemy soldiers in a confined space, the sense of having been defeated is palpable.

This Labor front bench might have many bright sparks that we were expecting great things from, but they are not coming across as smart enough, quick enough, or strategic enough to lay a hand on the Government. They look "daunted". I wonder if they are starting to realise that Bill Shorten may not be the right person to be fighting the battles at this stage of the war?

The opposition to the debt limit proposals is a case in point. Why on earth would Labor want to keep this particular conversation going for even one second longer than necessary? Don't they realise that in the minds of millions of voters, including Labor voters, they – Labor – are associated with spending, with debt and the Coalition with a ostensible obsessive, ideological aversion to debt — although admittedly this is not being demonstrated by their current actions. 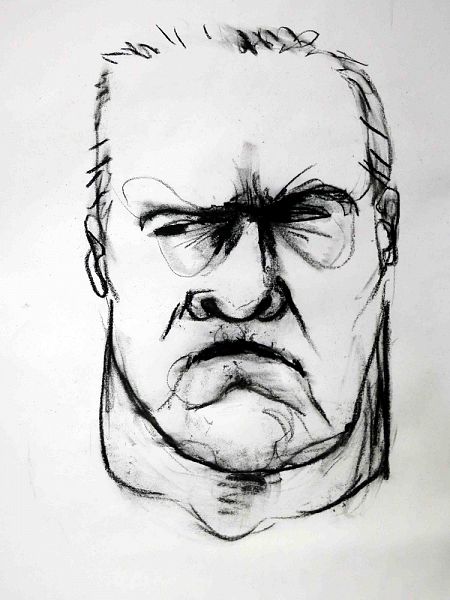 Which brings me to the most important realisation about this current Parliament: the effortless dominance of Joe Hockey.

He is the only one in the Chamber who is truly in a win-win situation and I think he knows it.

He wins if Abbott self-destructs, which seems increasingly likely, and he wins if he doesn't, because there is nothing wrong with the power he now has.

Hockey seemed completely comfortable in his own skin — confident and in control. When he rose to answer a question, his commanding presence filled the House, dominating both sides. Yesterday, he was a genial giant compared to the rest, on either side of the House.

If it is true that psychological dominance on the floor of the House of Reps is the most important barometer of who is winning the political game, then Labor supporters can take no comfort from the present reality. Hockey is all over them.

Labor, be afraid, be very afraid.

The Coalition have a seemingly able and widely liked leader waiting in the wings. From every aspect of his introverted body language yesterday, it also seems that Malcolm Turnbull knows this. Turnbull's caravan has moved on, without him.

The originals of all John Graham's art published on IA may be purchased for very reasonable prices by enquiring to the editor: editor@independentaustralia.net.