Social media discourse has been indicating PM Morrison may attempt to postpone the 2022 Election using the pandemic as an excuse. Andrew P Street sets the record straight.

IN RECENT TIMES, there has been a trend popularised by fans of Donald Trump of claiming that when a right-wing leader does something that looks to the casual observer like a tremendous display of incompetence and stupidity, it is in fact a brilliant tactical move by a hyper-genius thinking many steps ahead.

And thus, it shouldn’t be a shock that there are claims the rapid and world-beating spread of COVID-19 in Australia isn’t poorly handled public health policy by ill-prepared governments putting populism before epidemiology, but a sinister plot to give Prime Minister Scott Morrison an excuse to postpone or cancel the 2022 Election.

An identical theory was running in 2020 regarding Trump and the U.S. Election, and proved baseless with the U.S. experiencing record voter turnout despite the pandemic. But could Morrison plan to call a state of emergency over the spread of Omicron and kick the polling day can off into the never-never?

Longer answer: because he can’t. 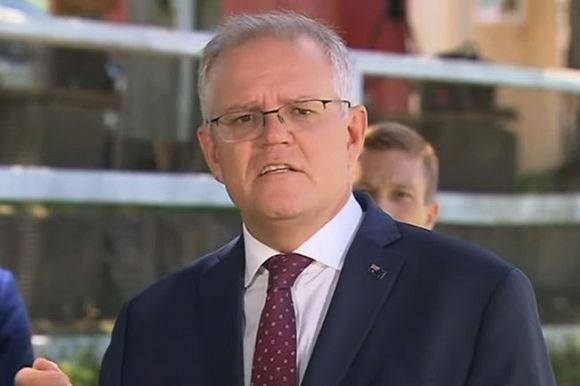 Australia has held elections under difficult circumstances before, including wartime. Also, thanks to the Whitlam Government introducing the first independent electoral agency, Australia benefits from the independent and non-partisan Australian Electoral Commission running our elections, removing it from direct control by governments.

It sounds boring and bureaucratic, but the AEC is one of our nation’s secret superheroes. All that stuff happening in the U.S. about state legislatures changing their election rules to suit Republicans and giving them the power to ignore results they don’t like? Hasn’t got a prayer here. Even the time-honoured process of gerrymandering has been curtailed by the AEC’s transparent process of redrawing electorate boundaries. They do good work, is what we’re saying.

“Scott Morrison is letting the virus run rampant because he wants to avoid having to go to an election!”

This is probably a misunderstanding of the fact that Morrison can choose when to go to an election. He absolutely can decide the election date, but it’s within some very binding parameters, the big one this time being that polling day has to occur in time for the new Senate to sit on 1 July.

There is a minimum of six weeks required for the new senators to be confirmed and sworn in, so the latest that Morrison can hold an election is Saturday 21 May. 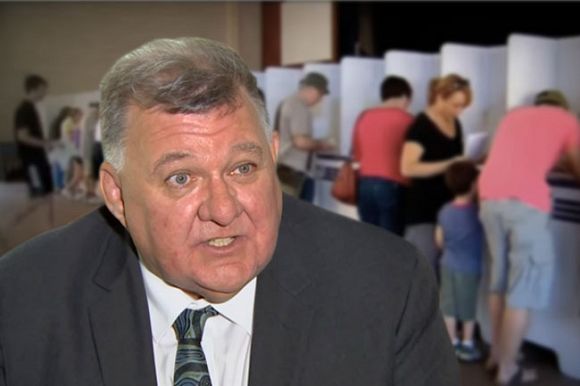 A legislative change made in 2016 may help remove power from political candidates threatening to disrupt democracy.

What if he doesn’t? Then the Governor General dissolves Parliament and calls an election so that the Parliament doesn’t sit illegally. What if the GG refuses for some reason? In theory, they’d be dismissed by the Queen for not doing their job and be replaced by a new GG. I say “in theory” because this situation has never arisen and also won’t this time.

“B-b-but if the virus spreads, then Scott Morrison will call a state of emergency and ban all voting!”

He can’t, mainly because there is no such thing as a State of Emergency power that suspends the operation of the Australian Constitution.

There’s absolutely no way for a sitting government to decide that they’re not holding an election without carrying out a coup d'état and declaring themselves a dictatorship, and it’s hard to imagine even as big a musical theatre fan as Morrison managing to make “Do you hear the people sing / Singing a song of pudgy men” rousing and inspirational enough to rally enough adherents to his cause.

“B-b-but he could just put Australian on lockdown so no-one can vote!”

Again, he can’t. The Federal Government can’t call lockdowns, because it’s a state power. The state governments can ban all public gatherings under health advice which would then affect the operation of polling, but that wouldn’t help Morrison’s cause because he’d still be obliged to hold the Election before the Senate expired regardless.

Also, it’s worth noting that the AEC has already held several state and local elections during the pandemic and has completed an inquiry into what can be done to make voting accessible. If things were looking bad ahead of polling day, it’s likely there’d be an expansion of postal voting, which would make it less likely that a winner would be announced on election night — but that’s about it.

“B-b-but he could cleave the Election in twain! TWAIN!”

But there’s a reason why governments haven’t split their elections in 50 years: when they do that, they get brutally punished by voters. Historically, this manifests by voting hard against the incumbent party in the Senate and then doing it again at the House election.

It also would ensure the Election cost double what it already did, which would be a massive deriliction of responsible government as well as a massive inconvenience to voters and a strong message to the public that Morrison thought he was doomed.

It would also go down very, very badly with his own Party. The Federal Liberal Party is not exactly rolling in the donations these days, so they’d hardly thank Morrison for forcing them to campaign for two elections with an already depleted election warchest, even if their opponents were in a similar position.

In short, Morrison’s handling of the current phase of the pandemic isn’t part of a cunning plan to escape the Election: it’s more likely to just be incompetent policy on the run by a government incapable of forming contingency plans.

Andrew P Street is an Adelaide-based, Sydney-built journalist, author, editor and broadcaster and an Independent Australia columnist. You can follow Andrew on Twitter @AndrewPStreet and support him on Patreon here.