I’VE HAD THE HONOUR of interviewing a lot of people who work in the charity and not-for-profit sector over the years and the one thing that they have all expressed is the desire for their work to become unnecessary.

Charity, they understand, represents an area where compassionate society has failed – failed the homeless, failed children in care, failed people fleeing violence, failed whatever group the charity is providing help to support – and more specifically, serves to illuminate an area in which government has failed. “In an ideal world,” they have all said, “what I do wouldn’t be necessary.”

That brings us neatly to the horrifying flooding currently in Queensland and NSW, where lives have already been lost, properties destroyed and entire regions swamped. It’s a situation that you would think would absolutely necessitate the release of emergency funds by Australia’s Emergency Response Fund, which currently contains $4.7 billion dollars exactly for these sorts of supposedly one-off events.

Or, you know, flood victims could just rely on a GoFundMe by Defence Minister Peter Dutton.

At the time of writing, the Minister’s tone-deaf attempt to rehabilitate his public image ahead of an Election and likely leadership challen… sorry, I mean “entirely sincere and very useful harnessing of private money for public need” had raised over $23K, $15K of which came from a single donor.

Still, the Minister gave his own fundraiser a hefty $2,500, a generous bequest from a man on over $300K a year.

Unfortunately, the response might be the opposite of what the Government was hoping for. Many donors have used the opportunity to express exactly how impressed they are with the concept of asking the public to chip in for a problem that clearly requires the massive deployment of emergency services in the short term and huge ongoing assistance in the recovery phase.

It’s also focused unwelcome attention on the fact that the aforementioned emergency response money has not been touched. In fact, the Emergency Response Fund has paid out zero dollars so far.

Not even the promised federal bushfire recovery funding appears to have been released, despite the promise having been made over two years ago and reiterated multiple times since, while people in south-eastern NSW continue to couch surf or live in emergency housing.

There’s a very good reason why the recent Bega by-election saw Labor win the seat for the first time ever and the National Party struggle to hold onto the safe seat of Monaro — there is a lot of anger in the region from people who justifiably feel that they’ve been abandoned by the current Government.

In fact, there’s no clear way for anyone to access the money even if the Morrison Government sincerely wanted it to be accessed.

It all depends on a complex process, with no apparent eligibility criteria beyond internal Government recommendations (a problem which was flagged in the wake of the bushfires, incidentally, as affected communities discovered that the question “how do we get money to rebuild our town’s high street?” wasn’t as easy to answer as you’d assume).

There’s also the point that seems to get forgotten an awful lot: that governments have resources at their disposal that even well-connected citizens do not and that this is kind of the point of having governments in the first place. 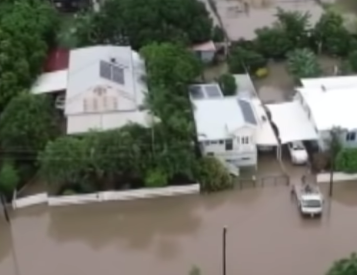 This summer is angry: Are you?

We are hitting a boiling point in climate devastation. Now is the time for comprehensive action.

It’s not that governments do things better than private-sector groups or motivated individuals – although that’s almost always the case – but that they do things that no one else even can do. It doesn’t matter how well-meaning a person is, they simply can’t deploy large scale evacuations or crisis accommodation.

And the idea, no doubt, is to make it look like Peter Dutton is a dedicated and empathetic member of his community. And hey, maybe he is — even though he’s best known for putting children in detention, suing his online critics and smiling as though he learned the process via written instructions.

However, coming as it does on the heels of oft-reiterated calls by members of the Liberal and National Parties for people to exercise their own personal responsibility when faced with, for example, a global pandemic, it reiterates the eagerness of Dutton’s Party and Government to avoid any responsibility for taking care of people in their moment of need. If this is a pre-Election ploy, it’s an ill-advised one.

Charity is good and people supporting people is never a bad thing. But watching a member of a government immediately respond to a community crisis by calling for personal contributions rather than by using the mighty and near-limitless powers of the government of which he is part is not merely insulting — it’s a genuine disgrace.