It is wrong for Netanyahu to be killing his own people and he should be tried at The Hague for it, writes Bob Ellis.

Are they his own people, as the Kurds were Saddam’s ‘own people’, and he swung for killing a hundred and fifty of them? I may be wrong, but I think they are. He polices the borders and seas around them, forbidding them food and weapons and medical supplies when it suits him. Whose else are they?

It was wrong to bomb that young man from the BBC and kill his baby and his sister-in-law and it’s hard to see it as anything other than murder, though there may be a way to do this.

Are Israel and Gaza at war? It doesn’t seem so. Can you be at war with a part of your own country? I don’t think so. Can Gillard be at war with Tasmania, or Kangaroo Island? Hard to see how. What then is happening? 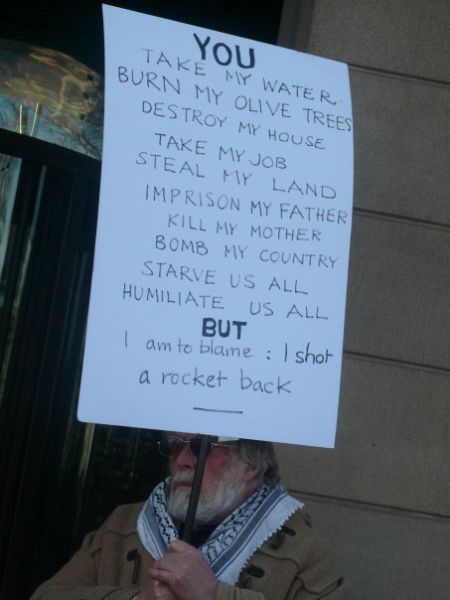 Well, a criminal gang is firing rockets at certain cities and has been doing so for about a decade, and has killed in that time about fifteen people. This is a crime and should have been investigated, and arrests made after police questioned witnesses.

What happened instead was the killing of thirteen hundred people, three hundred children among them, in Operation Cast Lead, a warlike enterprise ordered by Olmert, a criminal then on trial for corruption, in the weeks before Obama was sworn in. Neither he nor Bibi, his successor, apologised for those dead children ― though they did say ‘civilian casualties’ were ‘regrettable’, as if it were some kind of war. But it was not a war. You cannot make war on your own people and, as Assad has come to learn, it is widely thought that doing so is a crime.

Assassinating a rival politician is a crime too, but Bibi and Assad think somehow it isn’t, and they have a right to do this. Capital punishment is outlawed in Israel, but Bibi thinks it is not, in some cases, and he is wrong jurisprudentially about this.

Or I think he is.

If Israel and Gaza were separate countries, and war had been declared on Monday it would be different, and some argument for killing women and children – on both sides – could be entertained. But what we have here are two sets of murderers, one the Cabinet of an elected democracy, and one an illegal gang of jumpy young men with rockets, who each deserve to be arrested and tried at The Hague for crimes against humanity. Killing babies at four a.m. is a crime, and attracts in most countries years in gaol for it ― Lindy Chamberlain got twenty.

If they were two countries it would be different. Since they are one country, it looks like Bibi is persecuting with bombing raids a racial minority, killing its leaders – as other white people in another country killed Steve Biko and Martin Luther King – and it is wrong for Obama, Cameron and Gillard to say he has a right to do this. You cannot kill your own citizens with helicopter-gunships without breaking the law.

And it is ridiculous we should go on pretending he can.

He, and Assad, should be told to stop it.

Four years ago it was possible still for Olmert to keep cameras out of Gaza, so no images of the carnage then – and the burning suburbs, and of the children immolated by phosphorus bombs in kindergartens – got back to the western world.

This time it is different.

This is the Facebook Age, and the red-headed young man Jihad Misharawi holding his tiny dead son and saying:


‘What was his mistake? What did he have to die for? He was ten, eleven months old’

was remarked upon by tens of millions, who will remember it, and his employers, the BBC, who showed it to the world.

And hour by hour there will be other images – mingling with those from Syria – that suggest that the Arab Spring does not stop at Sinai, and Israel, besieged, is part of it, and corpse by corpse a freedom-fight is widening, and Bibi is not exempt from it, and should hear at last like another tyrant a few millennia back, the proud cry: