MYEFO and playing favourites with infrastructure

The states do not benefit equally from Federal GST infrastructure funding, which is allocated according to electoral gain. Marion Terrill, Michelle Lam and Owain Emslie report via The Conversation.

THE LATEST Mid-Year Economic and Fiscal Outlook (MYEFO) further entrenches the Commonwealth’s habit of playing favourites with the states when it comes to infrastructure spending.

The states aren’t benefiting equally from this largesse. Santa will be visiting Queenslanders while Victoria gets the Grinch, as far as transport funding is concerned. This is true whether you take in data from the last two, 12 or 30 years. It’s all part of a much larger trend towards politicised infrastructure.

The way the Commonwealth allocates its funding among the states is opaque and does not reflect where people actually live. Victoria will receive only 7.7 per cent of Federal infrastructure funding over the next four years, for instance, despite being home to a quarter of the population.

Transport funding doesn’t reflect population growth either. Victoria, the fastest growing Australian State, is receiving a lower level of transport funding from the Australian Government per capita than any other state or territory.

Nor does the Commonwealth’s allocation among the states reflect what different states with different settlement patterns and city sizes need. The most careful and detailed assessment of the states’ relative needs is carried out by the Commonwealth Grants Commission to determine how the GST should be shared out.

The chart below illustrates the spending by the Commonwealth in the three largest states, against the Commission’s benchmark representing the amount of funding needed to enable each state to provide the same level of transport infrastructure to its residents. For the three big states, this is very close to equal per-capita shares. 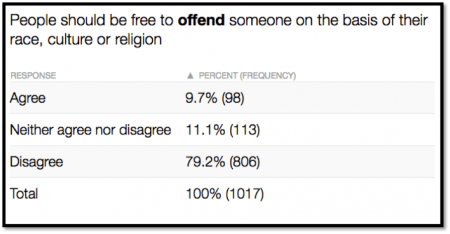 The comparison highlights Victoria’s relative under-funding by the Commonwealth not only over the past 12 years but even more so in the current year. By contrast, New South Wales and Queensland have received more than their share in the past 12 years. Of the other states, only Western Australia is below this average transport infrastructure level.

Is it really that bad?

In practice, Victoria gets most of its share of Commonwealth funding eventually. It’s just that it gets more funding via the GST, whereas New South Wales and Queensland get more via direct transport infrastructure funding. Victoria has to wait a little longer for its extra GST, as GST distributions are based on an assessment averaged over the previous three years. But this is not a major hurdle when borrowing is so cheap — Victoria’s ten-year bond rate is just 2.96 per cent.

Further, the biggest states are pretty well placed to fund their own projects, with New South Wales enjoying a surplus of almost $4 billion and Victoria [$1.7 billion].

Where is Victoria's share of the GST/Infrastructure? @TurnbullMalcolm . The poor cousin when it comes to funding @LiberalAus #auspol

But there is still a drawback of this kind of funding. It is no secret that politicians are using transport infrastructure funding for electoral gain, pretending to spend on locally popular transport projects, even if they are not particularly cost effective or of national significance.

When a state gets transport funding from the Commonwealth, there are more strings attached. The Commonwealth does not necessarily favour the same infrastructure projects and there are differences of opinion on how to assess the projects. Victoria’s Western Distributor has a benefit-cost ratio of 1.3 under its own preferred guidelines, for instance, and 1.9 under Infrastructure Australia’s preferred approach.

MYEFO includes an extra $150 million for the Townsville Eastern Access Rail Corridor. Townsville is the site of controversial mining company Adani’s future Carmichael mine headquarters, and there is a serious prospect that the next step for Townsville could be an announcement of a $1 billion concessional loan for a rail link to facilitate Adani’s freight between the Galilee Basin region and Bowen.

A National Party member has been quoted as saying that there were six marginal seats in the area and if South Australia could receive a $50 billion submarine contract to save its handful of marginal seats, as well as a $49 million loan for ailing steelmaker Arrium, then the government should help out Central Queensland.

This is just one example of the tendency of the Commonwealth Government purporting to spend more on transport infrastructure in New South Wales and Queensland, where Federal elections are won and lost. By comparison, as the chart below shows, Victoria has very little influence on Federal election results and consistently receives low levels of Commonwealth funding for transport infrastructure. 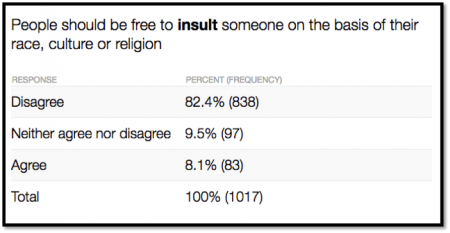 Of course, plenty of people would prefer to see a more transparent distribution of Commonwealth money, rather than opaque arrangements that don’t line up with politicians’ public statements. Preferable as this would be, Victoria could be waiting for a long time for politicians to put these decisions on a sounder footing if history is any guide.

Marion Terrill is the Transport Program Director, Michelle Lam is an Intern and Owain Emslie is an Associate at the Grattan Institute. This article was originally published in The Conversation.

'We get such a bad deal on GST": Barnett calls for more federal funding for infrastructure. https://t.co/XlpgfgoEoP pic.twitter.com/Gf1MGxzDvC

Townsville leaders are demanding an end to the legal sabotage of Adani's coal, rail and port projects. Details in the local news