Mungo MacCallum: Turnbull's klutsy start to 2017 with Indonesia and Israel

The Turnbull Government's handling of the spat with Indonesia, along with the fallout over the UN resolution on Israel, is not the start Turnbull wanted for his new year, writes Mungo MacCallum.

The problem, it was belatedly revealed, was that the rotating troops training at the Campbell Barracks in Perth were unhappy about some of the written material handed out for them and also about a couple of crude cracks from the local boys.

Not too serious, one might have thought; no more than locker room banter, as Donald Trump would no doubt call it. But obviously the crack fighters of Kopassus have not read The Australian. Apparently they are unaware that giving insult and offence to ethnic and religious groups is part of the Australian way of life — the bulwark of free speech.

Any attempt to impose political correctness (or tact, or civility, as it used to be called) is an attack on democracy itself. It’s just as well the sensitive souls of Kopassus had not been told about Section 18C of the Anti-Discrimination Act — they may well have complained to the Human Rights Commission and where would we be then?

Instead, they reported their dismay up the chain of command to the defence supremo, the abrasive Gatot Nurmantyo who promptly suspended all co-operation between the two countries. After a major kerfuffle, it appears that the suspension would, in fact, be suspended, but only after some major grovelling from our hapless Minister for Defence Marise Payne.

The upshot is likely to be that relations will continue — a fervent desire to be good neighbours from the political leaders of both sides, but fraught with tension and misunderstanding from just about everyone else.

The theory remains that Indonesians are all right to visit, but we still don’t regard them as full allies or equals: they would almost certainly fail Peter Dutton’s plans for a revised citizenship, let alone his demands that European religious folk songs should be compulsory for primary school children.

"The theory remains that Indonesians

are all right to visit,

but we still don’t regard them

as full allies or equals"

But we digress. This particular foreign affair may be over, at least for now. But it is an indication of how easily things can spiral out of control if due diligence is not applied outside our borders as well as within them. I noted last week that Malcolm Turnbull’s Government seemed completely flat-footed when faced with the very real possibility of confrontation, either economic or military or both, between the United States and China.

But now our glorious leader may also be forced to a rethink over the perennial carpet of eggshells that is Israel. Australia’s long standing position over the nation it helped to found has been that Israel has the right to exist within secure borders, but that there must eventually be a formula by which the Palestinian people can do the same — the so-called "two state solution".

However, devising such a process has proved intractable for nearly 70 years. In hindsight, the impasse was always obvious: installing a Jewish population in a small area surrounded by hostile Arab neighbours was always a recipe for trouble. Many of the displaced Palestinians never have – and never will – accept what they saw as political fix and fought back in their own ways. 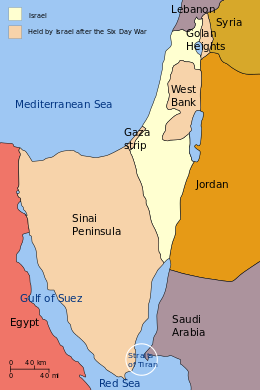 Israel’s pre-emptive strike in 1967 annexed a chunk of Gaza from Egypt and a chunk of Jordan from the West Bank, and although Gaza was restored to a kind of autonomy under the newly constituted Palestinian Authority and an area of the West Bank received the same treatment, Israel sought to secure its borders through sanctions, restrictions and finally settlements.

These were always illegal under international law, but in spite of a few hiccups, the demands of a growing population for living space (or lebensraum, as an former expansionist regime once justified it) became the norm.

And after years of frustration, as negotiations stalled, Barack Obama and John Kerry finally became frustrated. Sure, Israel may be the region’s only functioning democracy — although some Palestinians living within its greater borders would argue that it is a very incomplete one, but if Israel is meant to be the good guy, why must it be so intransigent? And why do so many Israeli politicians — including, at times, Prime Minister Benjamin Netanyahu, flatly reject the two state solution?

Hence, when a raft of Western allies, including Britain, voted for a resolution condemning the settlement program, Washington broke the habit of a lifetime and abstained form vetoing it. There was outrage from the Right, of course, and Netanyahu, for whom any criticism of his regime is anti-Semitism, pure and simple, announced it was a declaration of war from one of the sponsors, New Zealand.

But Australia, in the form Minister for Foreign Affairs Julie Bishop, said that, for us, nothing has changed: we always support Israel, but we also support a two state solution. The position was barely tenable, but it was at least credible — until Tony Abbott demanded that all aid to the Palestinians be cancelled and our embassy in Tel Aviv should follow Donald Trump’s threat to move America’s embassy to Jerusalem.

Go NZ! A genuine backbone - as always Julie Bishop: Australia would not have backed UN resolution on Israel https://t.co/lWRFXgIuo7

Even Abbott’s most devoted allies, the Nationals, drew the line there, with Barnaby Joyce and Fiona Nash telling the former leader he was not being helpful. And he wasn’t — but what else is new? However, he has escalated an issue Turnbull and Bishop would much rather remains in abeyance. But even without Abbott’s unhelpful intervention, they may be forced to reconsider. Trump has made it clear that his approach will be far more partisan and aggressive. It is all but certain that he will abandon the two state solution.

And, as we know, when America acts, Australia follows. To do so, of course, will further antagonise the Arab nations and embolden local jihadists at a time when Turnbull desperately wants to bring as many Australian Muslims as possible into his revamped version of Team Australia. But to defy Trump’s ukase will outrage his recalcitrant right, for whom Israel is their own Holy Land.

This is hardly the start Turnbull wants for his new year, which is meant to be about economic delivery. It will be both a domestic labyrinth demanding all his agility and yet another exciting foreign affair he could do without.

Mungo MacCallum is a veteran journalist who worked for many years in the Canberra Press Gallery. This article was published on John Menadue's blog 'Pearls and Irritations' and is republished with permission.

Mungo MacCallum: Turnbull, Trump and the sacrament of the U.S. alliance https://t.co/LlTWzkcHj7 @IndependentAus

Get the facts! Subscribe to IA for just $5 a month.